A round up of news from across the globe.

UK says no to DTC advertising

Responses to EC proposals that would allow drugmakers to disseminate certain information on prescription-only medicines directly to patients in the EU have been published by the UK's Medicines and Healthcare products Regulatory Agency (MHRA). For the most part, the responses support the initiative, but also call to uphold the current ban on directtoconsumer advertising (DTCA).

The consultation, conducted by the MHRA, began in May 2009 to assess UK public opinion for the information provision proposals, which are part of a wider pharmaceutical package that was announced by the EC in December 2008. Although the proposals would open up certain communication channels, including the internet and certain health-related publications, for the industry to provide factual and non-promotional information on their medicines, the ban on DTCA would remain.

For the most part, participants agreed with the UK government, which is supporting the proposals on the basis that they will "increase the amount of information available to patients and provide a regulatory framework that is not overly burdensome". In its response to the proposal, Roche explained that: "more relevant and accurate information will only serve to support the advancement of patient empowerment and understanding about medicines and their management." UKbased Epilepsy Action also added that: "these proposals, if followed through, have the potential to improve public health."

According to the MHRA, there was "overwhelming support" for the UK government to maintain the ban on DTCA, as well as support for maintaining the ban on television and radio advertising. The agency said that the view of the British Medical Agency (BMA), which said: "The BMA welcomes the EC's decision to prohibit the provision of information via television and radio. The BMA has voiced grave concerns on this during the past 2 years and is pleased that the EC has taken action to protect patients from the confusing mix of information and advertising that would have resulted if information via these forms of media was permitted", "echoed" the concerns of many of the respondents.

Some respondents, however, believe there is a need for technological innovation and suggested that there may be circumstances, such as the emergence of a counterfeit product, when broadcast media would be appropriate. Interactive digital television was also suggested, as the viewer would have to choose to go through several steps to access the media rather than it being unsolicited.

Another key element of the EC proposal is ensuring that the information is effectively monitored and controlled. This could be achieved through various options including: regulation by national authorities, industry selfregulation or coregulation where each member state establishes a national co-regulatory body. The majority of respondents to the MHRA consultation supported a selfregulatory approach underpinned by national enforcement provisions; however, there were some arguments against this that centred around the industry not being trusted.

Additional concerns were also raised against what constitutes factual and non-factual information. The BMA explained that the definitions of 'advertising' may differ between EU member states, which could result in loopholes to the DTCA ban.

The MHRA has said that it will now take a number of the comments forward to a European level. Before the proposals laid down in the pharmaceutical package can be translated into law, they must first be discussed by the European Parliament and the Council of Ministers.

A consortium led by GSK intends to deliver a "step change improvement" in pharmaceutical tablet manufacturing in the UK by increasing the country's manufacturing efficiency. The consortium will be working to prove a new way of manufacturing tablets that uses continuous processing rather than a batchbased process.

The European Organization for Rare Diseases (EURORDIS) predicts that 100 new designated orphan products will receive marketing authorization between 2009 and 2019, which equates to approximately 10 new products every year. The forecast is announced in a new EURORDIS paper, Orphan Drugs: Rising to the challenge to ensure a better future for 30 million patients in Europe, that analyses orphan drug development.

The international pharmaceutical supply chain consortium Rx-360 has launched in Europe; with more than 135 industry and regulatory representatives attending to discuss the global impact of counterfeit drug products.

A report claims that the FDA's ability to monitor postmarketing studies is weak. The report recommends the FDA to clarify the conditions under which it would expedite the withdrawal of drugs under its accelerated approval process to enhance its monitoring.

Technology is not the answer, at least not for tackling pharmaceutical counterfeiting. Instead, increasing criminal sanctions and encouraging relevant parties to work with "certified and reliable partners" are the real solutions.

In a news release issued by the European Organisation for Rare Diseases, the society commended the EMEA in its efforts to make the information that it has available on medicines more patient-friendly.

After much ado, the US House of Representatives has passed a healthcare-reform bill. Drugmakers and commentators are understandably eager to review the bill to find out what it would mean for the pharmaceutical and biopharmaceutical industries. So what's the verdict?

The proliferation of online health information and media vehicles such as blogs has created a new problem for the consumer — how to judge the reliability of such information. To address that problem, the FDA has held hearings in Washington DC regarding the promotion of FDAregulated medical products using the internet and social media tools.

As Big Pharma continues to invest in diversification to cushion itself from the impending patent cliff, a report from Datamonitor suggests that this may not be an effective solution.

Datamonitor's PharmaVitae Explorer explained that the collective revenues of Big Pharma companies grew by 8.6% between 2001 and 2008. Revenues would reach $628 billion in 2014 if this rate of growth continues, but, unfortunately for pharma, this will not be the case; Datamonitor has forecast sales of only $387 billion in 2014 as Big Pharma's revenue growth is expected to flat line at 0.2% between 2008 and 2014 as the industry hits the patent cliff. Key patent expiries will intensify from 2011 onwards.

Big Pharma is well aware of the situation and, thus, the search is on for new business models that will help soften the impact of patent losses. In some cases, companies are considering diversifying away from branded pharmaceuticals.

In a statement, Datamonitor Pharmaceutical Strategy Analyst Pam Narang explained: "Although these changes might provide a cushion of sorts to the forecast decline in revenue growth for Big Pharma, a more aggressive response is required and diversification away from pharmaceuticals is one avenue that a number of companies have pursued." Sectors that have been diversified into include OTC healthcare products, medical devices and diagnostics, animal health, retail pharmacy and health insurance.

But is this the right choice? Datamonitor noticed that companies with above average operating margins were those for which pharmaceuticals accounted for more than 90% of 2008 revenues, such as AstraZeneca, Eli Lilly, Pfizer and Merck & Co. Companies with a more intermediate pharma or diversified focus, on the other hand, such as Bayer, Johnson & Johnson and Novartis, had below average operating margins.

Although diversification may help offset the declining sales, Datamonitor adds that the resulting fall in operating margin will act to reduce operating profit and smother any of the benefits that diversification offers, meaning that pharma companies have little to gain from expanding into other sectors. Instead, Datamonitor explained that companies should "ride out" the patent cliff. This can be achieved by increasing operating margins.

In this respect, restructuring and costcutting may help, but a stronger solution, according to Datamonitor, is to acquire new drug development pipelines via mergers and acquisitions.

Narang said: "In broad terms, Datamonitor's analysis indicates that moving towards and remaining in the branded pharmaceutical sector offers the greatest rewards; however, it should be noted that the path a given company takes will depend very much on their starting position." 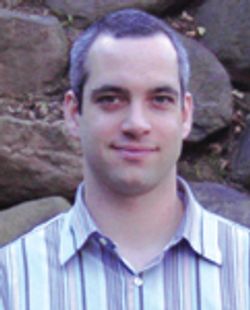 The way forward for process monitoring and control 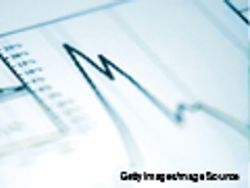 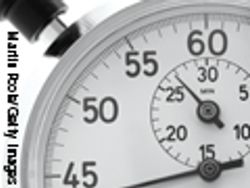