"StabilOx" canisters are the newest addition to Multisorb's (Buffalo, NY, www.multisorb.com) series of packaging technologies. Moisture naturally entering the canisters catalyzes a reaction that converts oxygen into iron oxide, thus decreasing the oxygen-related degradation of the drug pro-duct. Adrian Possumato, global manager of pharmaceutical markets for Multisorb, says the product reduces oxygen content to < 1% within 24 h of its initial application into the headspace. The canisters also regulate moisture within packaging and maintain relative humidity at 30–40% for as long as two years. Reducing oxygen content and regulating humidity safeguard product integrity and stability.

The canisters are composed of high-density polyethylene, which requires no stability testing and withstands irradiation sterilization. Their ends are precision-welded and remain sealed under high pressure. The products hold a minimum of 100 cc of oxygen and are designed to be compatible with high-speed packaging systems and dispensing equipment.

The Omega T series units also have a new polypropylene screen. The screen's weave and placement within the cassette increase both processing flux rates and product recovery. The screen also supports high mass transfer of proteins and minimizes the gel layer that normally builds up on the membrane. The cassettes' new exterior design incorporates deep notches and rounded edges and fits more snugly in holding devices than Pall's previous units. The cassettes produce scalable results and can purify recombinant proteins or monoclonal antibodies.

The "SRC" series cycling dryers offered by Sullair (Michigan City, IN, www.sullair.com), unlike similar dryers, sense the presence of a partial load. Each dryer's refrigeration circuit incorporates temperature and pressure sensors that shut off the compressor under certain conditions. A glycol base then continues to keep the temperature as low as possible. When the temperature rises, the compressor turns on to cool the glycol down. Britt Shipley, Sullair's manager of contaminant-removal systems, says, "Depending on the load of the package, [the unit] could save 40–60% energy."

The series averages less than 1 psi of pressure drop, which is less than most similar dryers, according to Shipley. The low pressure drop ensures that the units use less power and thus are more energy efficient. The units also save power by using scroll compressors, which have less mass and fewer moving parts than piston compressors. 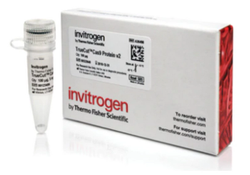 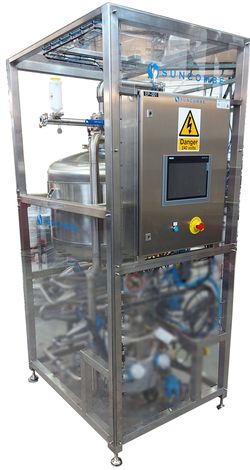