Why the future is in fragments?

High-throughput screening (HTS) of compound libraries is the most widely adopted approach to hit discovery because it is the only generic way of addressing a variety of targets on an industrial scale.

High-throughput screening (HTS) of compound libraries is the most widely adopted approach to hit discovery because it is the only generic way of addressing a variety of targets on an industrial scale. Other techniques, such as picking lead molecules from the academic literature, are too specific to drive industry-wide discovery. Despite of this central role of HTS, a significant number of screens fail to deliver lead series after hit optimization.

Contemplating the failure rate of HTS has always been a sobering moment for anyone in the industry and large pharmaceutical companies have been quick to respond as the quality of compound libraries has improved dramatically since the 1990s, when many non-drug-like and non-lead-like compounds were included. However, many companies are likely to adopt strategies for implementing fragment-based drug discovery (FBDD) within 2–3 years, although it may take another couple of years before FBDD is seamlessly integrated into their hit discovery processes.

FBDD is a novel approach to lead compound generation where smaller libraries of molecules with a molecular weight of 150–300 Da ('fragments') are screened for target binding or modulation using techniques such as X-ray crystallography, nuclear magnetic resonance, bioassays and surface plasmon resonance. The subsequent optimization to lead compound stage is typically done by structure-based drug design using the crystallographic binding pose of the fragment hit as a template. Initially a rather unknown technique, FBDD has grown in popularity with conferences covering the topic 'selling out'; for example, Fragment-based Lead Discovery Conference 2008 held in San Diego (CA, USA) in February.

FBDD is becoming the technical approach of choice for many in the industry. Using fragments, it is possible to exhaustively screen a target site to pick the best matching fragment for optimization. If no or few hits are returned, then the target can be safely assumed to have no binding site for small molecules. Time and money are saved that would otherwise have been spent re-engineering the compound into an effective lead. Some companies, such as Abbott (IL, USA) and Vertex (MA, USA), are already prescreening with fragments and only searching for leads with HTS if the target returns numerous fragment hits.

The use of FBDD is already common where a poorly drugable target must be 'rescued' for lead generation following an HTS campaign. However, using FBDD and HTS at the same point in drug discovery is becoming increasingly popular as it creates a win–win situation. Using both techniques, it is possible to explore a full range of chemical scaffolds with binding affinities ranging from milli- to nanomolar simultaneously. Not only can fragment hit results be used to provide information about the nature of the minimum pharmacophores, but successful fragments can also be used as substituents to optimize lead-like compounds discovered by HTS.

Some companies have strict selection criteria that rules out FBDD as they will not consider a compound with less than one micromolar potency as a starting point for lead generation. This is because they are only working on selected target families and typically against aggressive timelines for hit-to-lead optimization. However, viewing absolute potency as the most important characteristic of a hit compound is missing the point; the leads FBDD generates have the potential to be more promising drug candidates than those produced exclusively using HTS and the resulting lead is more likely to be developable, saving time and money in the long-term. This is because FBDD helps select and optimize small molecules on the efficiency of their target interaction considering their low molecular weight. Small but effective leads are easier to tailor into a drug with good solubility and pharmacokinetics, fewer side-effects and limited toxicity. Furthermore, as fragments can exhaustively sample a binding site, the range of drugs that can be assembled is extremely diverse.

Although adopting a joint FBDD and HTS approach requires changes to standard practice, the improved efficiency, selectivity and pharmaceutical properties of the novel leads discovered are significant. There is no doubt that FBDD is becoming the industry's chemistry of choice. 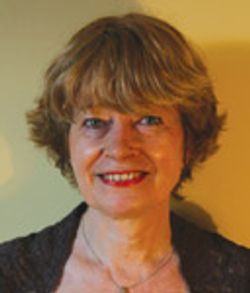