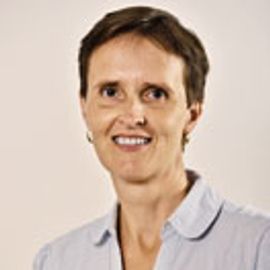 Pellets have gained considerable popularity as multiparticulate delivery systems. Widely demonstrated to enable more even and predictable distribution and transportation of APIs, they also contribute many therapeutic advantages, such as lowered risk of side effects and less irritation in the gastrointestinal (GI) tract. At the same time, they can offer a range of technological advantages, including ease of capsule filling due to better flow properties, ease of coating, enhancement of drug dissolution, and the production of less friable dosage forms. In addition, pellet-based delivery systems can be used to develop combination products. A combination of drugs can be blended and formulated in a single dose, offering the potential to enhance patient compliance.

Depending on the type of equipment and processes selected, pelletized dosage forms can be prepared through a number of techniques, such as extrusion and spheronization, rotogranulation, solution and suspension layering, dry powder layering, and spray drying. This article looks at the extrusion-spheronization technique, its advantages, and the steps, skills, and technologies involved. It also assesses some of the drawbacks related to traditional extrusion-spheronization methods, and how recent developments in the preparation of pelletized dosage forms are bringing technical agility, simplicity, and speed to the development processes.

Pellets, or multiple unit dosage forms (MUDF) as they are widely known, are small, free-flowing, spherical particulates manufactured by an agglomeration process that converts fine powders or granules of bulk drug substances and excipients into spherical units. Ranging from 0.5 mm to 1.5 mm in diameter, they can be consumed directly or may be formulated in tablets or capsules. Pellets consist of a drug core surrounded by layers of other excipients and covered by a polymer coating. Depending on the type of polymers used, various release profiles can be achieved including targeted, moderate, sustained, or pulsed release.

The benefits of pelletization

Pellet technology offers many benefits when compared to simple tablet or capsule delivery methods. Applicable to a wide range of therapeutic indications, it can provide a high degree of flexibility in the design and development of unique oral dosage forms. Pellet formulations are most commonly used for modified-release applications due to the technique’s ability to create different release rates using the same drug substance. The technique also offers the capability to administer one or more drug substances in a single dose form, which means substances with known incompatibilities can be combined into a single product (e.g., 50% of the pellets in a capsule could be for one condition, and the remainder for another). These drugs can then be delivered to the same site or at different sites within the GI tract. The technique also allows the combination of pellets with different release rates of the same drug in a single dose form.

Pellets disperse freely in the GI tract because of their small size, invariably maximizing drug adsorption, while reducing peak plasma fluctuation. They also minimize side effects without reducing bioavailability. Finally, pellets offer the potential to overcome patent challenges in the manufacture of generic products by providing a new way to deliver a particular drug.

The most widely used pelletization technique for controlled-release applications is extrusion-spheronization. The technique produces pellets with a high drug loading capacity, which makes it particularly effective for poorly soluble APIs.

The multi-step process includes seven stages to convert a pharmaceutical formulation into a spheronized product:

Extrusion-spheronization creates a highly efficient and streamlined pathway to the development of pellets. Besides the fast processing capabilities and simplified design, pellet formation by this technique produces more spherical pellets and offers more advantages than any other process. Indeed, one of the primary benefits is particle size distribution controls that ensure less variability and improvements in flow properties. In addition, ease of operation, high-throughput with low wastage, and the production of pellets with low friability, all bring their own unique advantages.

The technique offers the ability to incorporate higher levels of APIs without producing excessively large particles. Two or more actives can be combined in any ratio, in the same unit. Physical characteristics of the active ingredient can also be easily modified, to produce particles with high bulk density, low hygroscopicity, and a smoother surface.

Although the extrusion-spheronization process is a highly promising technique for the creation of pellets, one of the major challenges is that it is a multi-step batch process, making it more labor-intensive than other techniques. There is significant scope for improvement, in terms of minimizing the number of process steps and instrumentation used, which could then create greater economical, technical, and commercial benefits for pharmaceutical manufacturers.

An alternative to the multi-step extrusion-spheronization technique is rotogranulation, direct pelletizing, where spheroids are produced directly from powder. The powder is mixed and moistened in a single-unit spheronizing system consisting of a rotating disk. This disk provides a centrifugal force. The impact and acceleration forces that occur in this process result in the formation of agglomerates that become rounded out into uniform and dense pellets, which are then dried. While offering the advantages of combining the different steps of pelletization into one processing unit, thus reducing processing time and material handling, this technique is still not widely adopted in the industry due to factors such as cost and availability of equipment.

Recent advancement in pellet technology primarily center around the development of improved coating methods. Because the nature of the polymer coating, including the thickness of the polymeric film, can influence a pharmaceutical product’s release pattern, new techniques are being developed, which offer enhanced flexibility and a higher degree of stability. Wurster fluidization, a bottom-spraying technology that has been widely recognized for its precise film coating capabilities, is one of these techniques. Its unique features include the use of an air distribution plate and a partition that together organize the fluidization of particles through a coating zone. The spray nozzle is mounted at the bottom of the product container and is centered on the coating zone. A short distance between the coating materials and the particles during the coating process minimizes the need for spray-drying and contributes to high uniformity and coating efficiency.

Pellets offer many unique advantages both in terms of manufacturing and therapeutic benefits. Improved flow, more even and predictable distribution and transportation in the GI tract, narrow particle size distribution, and ease of coating, all contribute to enhanced pharmaceutical products. At the same time, they eliminate the build-up of high local concentrations of bioactive agents that might irritate the GI tract, while also reducing the variability of plasma profiles between subjects and within the same patient. Although there are multiple techniques that can be used to produce pellets today, extrusion-spheronization arguably brings the greatest advantages.

When referring to this article, please cite it as B. Vladovicova, “Advancements in Extrusion-Spheronization," Pharmaceutical Technology 41 (2) 2017.

Drug DeliveryFormulationDevelopmentFormulation and Drug DeliveryPharmaceutical Technology-02-02-2017
Charles River to Acquire Vigene Biosciences for up to $350 million
WuXi Biologics and WuXi STA to Establish WuXi XDC for Bioconjugate Development and Manufacturing
Biogen and Capsigen to Develop Novel AAV Capsids for up to $1.37 Billion