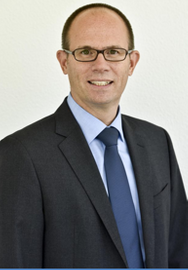 For the past few years, the injectable pharmaceuticals market has faced major challenges, reflected in ongoing shortages of critically important products (1). As governments cut healthcare spending to reduce costs (2), patients are demanding more personalized delivery methods such as auto-injectors (3) and regulators, sensitized by serious compliance problems in the past (4), are increasing scrutiny of aseptic filling and manufacturing operations (5).

Adapting to these changes, while improving product quality, requires manufacturing processes that are as efficient, flexible, and compliant as possible.

Fortunately, the automotive, electronics, and aerospace, have faced and overcome challenges like this in the past, leaving behind a legacy of best practices and holistic approaches, often referred to as Operational Excellence (OpEx) methods (6), designed to reduce waste, improve efficiency, and reduce error. Over the past two decades, more pharmaceutical companies and their contract partners have adopted these practices to the specifics of the pharmaceutical industry (7). Many OpEx terms, such as gemba(the place where the truth will be found, i.e., the laboratory and production floor) are in Japanese, and came from Toyota, whose managers had to respond to Toyota Kata. Other improvements came from sources as diverse as Motorola engineer Bill Smith, who is credited with inventing the Six Sigma methodology, Henry Ford, and J. Edwards Deming (8).

In 2015, recognizing the challenges occurring in the industry, the contract development and manufacturing organization (CDMO) Vetter implemented a pathway called “Production Excellence” (ProdEx), which selected the most relevant OpEx concepts and applied them to the company’s operations. Designed to take a holistic approach, ProdEx aims to simplify and streamline processes, improve efficiency and effectiveness, and continuously reduce human error in all production processes. The desired goals include improved product quality, harmonized processes, better operational equipment efficiency (OEE), and, ultimately, better customer satisfaction.

Vetter has 2500 production employees, so an end-to-end process was essential. The company appointed a team of internal production experts to lead the effort, with the goal of achieving sustainable results. The ProdEx team handles the launch and implementation of system measures and coordinates subsequent steps designed to further improve processes.

Taking this approach and having the effort led by internal domain experts allows for a holistic approach for all production sites, and improves communication and outreach with other departments. The team’s first assignment was to define relevant, overarching issues pointed out by senior production executives. This enabled the identification of processes whose outcomes were already on track, as well as areas where improvement was needed.

This first step in the project defined the following five pillars, or areas where activities were focused:

Focusing on these pillars (see Figure 1) allowed team members to develop a comprehensive catalog of performance improvement measures in each area.

To achieve the best possible results from the implementation of these measures, the company combined a large spectrum of known process optimization methods, such as aspects of ‘Lean Management’, ‘Six Sigma’, ‘Statistics’, ‘Kanban’, and ‘Gemba-Walks’, according to the focus of the individual measure. Additionally, self-developed methods like a ‘Keep-It-Simple-Approach’ were also implemented. Regular, cross-divisional communication among all involved areas was also instituted to discuss new impulses, evaluate implemented measures and define any potential follow-up measures.

The team used a Vetter-specific “Keep It Simple” approach. Communication practices were established to enable ongoing communication between employees from different functional groups within the operation to discuss new ideas, evaluate steps that had already been implemented, and define any potential follow-up measures.

So far, these efforts have led to improvements in various fields such as automation, process improvements and the avoidance of financial investments.

Reduction of waste.The team identified processes that added little to no value, and they were systematically eliminated. Targets included administrative processes as well as additional steps in daily routines. In total, more than 200 processes from shop floor to management were identified to get rid of or to simplify, e.g., quality documentation forms with redundant information. Combined, these small changes added up to a considerable improvement potential.

The effort allowed for a reduction ranging from 10 minutes to two hours of total work time per day per affected employee. This not only reduced the burden for employees in production, but also for those from surrounding work areas involved in a cross-divisional processes.

Installing a mobile application to reduce downtime by identifying and adjusting micro-malfunctions. Adigital micro-malfunction management system, programmed internally via an app, reduced downtime for aseptic filling, packaging, and automated visual inspection. In addition to using the existing system, called Machine Standard Malfunction Protocols, designed to identify larger-scale malfunctions, production staff can now use tablet devices to record small stops of less than five minutes on each machine (see Figure 2). The interruptions are then digitally processed on a web-based server for each individual machine of a production line. As a result, data collection is transparent and allows for correcting dependencies between interruptions at separate machines as well as the recording of the sum of small stops.

Improvements were made quickly. Using this approach, overall production capacities increased by up to 16% per line, product availability was further improved, and quality-relevant deviations were minimized due to the higher technical availability of in average +4%. This measure also had further positive effects on product quality such as less machine interventions in critical areas. Process safety was increased and product downtimes at room temperature declined, as did the sum of deviations from current good manufacturing practices (cGMPs).

Reducing human error using poka yokeand other approaches. A holistic program structure was developed based on process, organization, and human factors to reduce errors. It uses Poka-Yokeprinciples to design processes, and incorporates the development of a code of conduct in production as well as the analysis and evaluation of each human error regardless of whether it has led to GMP deviations or not (see Figure 3). Developed by the US National Aerospace and Space Administration (NASA), and adapted for the Vetter usage, the approach Crew Resource Management (CRM) shares knowledge about topics such as teamwork, awareness of responsibility, and clear communication. Within three years of adopting the program, Vetter’s human error rate dropped by 15%.

Looking into the future, the ProdEx team is planning further activities with its IT and other departments as part of an overall Industry 4.0 initiative, which will include such efforts as Industrial Internet of Things (IIoT), digital process support on production lines, and big data assessment to improve processes. Continuous improvement is the process.

Overall, ProdEx has helped Vetter improve production flexibility and efficiency, at a time when the company has seen a strong increase in headcount, production quantities, and market growth, as well as more stringent demands for product quality from customers and regulatory authorities. Initiatives like this show that it is possible to optimize quality and processes, simultaneously. Results emerging from the ProdEx process contribute to the company’s “Fit for Future” program which is embedded in the overall Vetter Optimization System.

What the company has learned in the process is how essential it is to rely on internal teams to drive change. Only internal experts can deliver results based on the depth of their knowledge and expertise.However, information exchanges with other high-regulated industries such as aerospace and with academia, especially in the area of digitization and Industry 4.0-related work, can also lead to significant progress.

In this context, the saying by German industrialist Philip Rosenthal applies well: “Those who don’t believe they can get better have stopped being good.”

Gerald Buerkle is vice-president for production at Vetter Pharma-Fertigung GmbH & Co. KG in Ravensburg, Germany. He began his career at Vetter in 2002 as head of production and was initially in charge of five manufacturing lines for customer fillings. In 2005, he was named director pharmaceutical production/site manager at the Ravensburg Vetter South site.