Be Careful What You Wish For

Recently, the business press has been full of articles about manufacturing workers in China demanding higher wages and better working conditions. The highest profile developments have been at the electronics contract manufacturer Hon Hai Precision Industry, which makes a broad range of products including Apple's iPhone and iPad. A spate of suicides in recent months highlighted the company's employment conditions and led it to promise a doubling of wages for many of its 800000 employees. Around the same time, Honda faced strikes at its Chinese plants and some of its suppliers' facilities, which forced it to grant a 24% wage and benefit increase.

The rapid rise in labour costs is a result of economic and demographic factors in China. The rapid growth of the Chinese economy, which grew almost 12% in the first quarter of 2010,1 has made it tougher for companies to attract new staff; according to the Wall Street Journal,1 job vacancy postings in China were up 35% in the first quarter of 2010 compared with the same period last year.

The pressures have been particularly extreme in Beijing and the coastal cities, where much of China's industrial base is located, and as such, the cost of living in coastal cities such as Shanghai and Shenzhen are growing rapidly. While companies and the government are looking to make more investments in inland cities, where wage rates are currently cheaper, it is expected that wage increases will even be felt there, thanks to fewer people entering the labour force because of the government's one-child policy.

The rising wages are likely to be accompanied by an appreciation of China's currency, the renminbi. The exchange rates between the renminbi and the US dollar and the Euro have been managed by the government to protect the export sector. However, China has been under growing international pressure to let the currency rise, and the need to control domestic inflation is another driving factor for revaluation.

While causing short-term disruption, most observers believe that the improving wages and work conditions, and the appreciating renminbi will create a more sustainable Chinese economy that is driven more by domestic spending and less by volatile exports. This is good news for global bio/pharmaceutical companies because it confirms the assumptions and projections underlying a major strategy undertaken by many industry players: pursuing the growth opportunities in emerging markets. As they have faced declining opportunities in North America and Europe, the global bio/pharmaceutical companies have focused their strategic resources on emerging markets, especially the BRIC countries (Brazil, Russia, India and China), by investing heavily through acquisitions, establishment of R&D and sales organisations, and the in-licensing of products to build their local pipelines. The key underlying assumption for this strategy is that rising incomes and living standards in those countries will trigger greater spending on drugs. According to a projection from industry-watcher IMS Health, drug spending in China will grow 20% over the next 5 years.2

European and North American service and materials providers will be inclined to welcome China's rising costs because it will improve their cost position relative to their competitors in China. A 25% increase in labour costs, combined with a 10% appreciation in the renminbi, would have the effect of raising the cost of sourcing in China by 25–35%. European providers may obtain an even bigger gain in competitiveness in light of the rapid devaluation of the Euro and the British Pound. After factoring in the additional costs of managing longdistance sourcing relationships, bio/pharmaceutical companies will see the cost advantages of sourcing from China decreasing and may be more inclined to stick with more local providers.

However, the second order effects of the rising wage costs may cause service providers in mature markets even more pain than they are facing today. Chinese service providers and manufacturers will respond to their eroding competitive cost position in starting materials and simple chemistry by moving to higher value-added products and services, such as formulation, advanced chemical intermediates and biologics. This move to higher value-added services is exactly the strategy that North American and European companies have used to stay in business in the face of lowcost competition from the BRIC countries, and they will now be looking at lower-price competition in the more sophisticated services and technologies that have been their refuge in recent years.

In a recent essay posted on the Project Syndicate website,3 two distinguished economists, Mohamed ElErian, CEO of investment giant PIMCO, and Nobel Prize winner Michael Spence, stated that if global trends continue "not much more than a decade is needed for the share of global GDP generated by developing economies to pass the 50% mark when measured in market prices." This is a fundamental transformation of the world economy and a dramatic shift in where the greatest opportunities for growth will be in coming years.

Surprisingly, pharmaceutical service providers, especially those offering nonclinical development and manufacturing services, have been slow to recognise this shift in the world balance of economic power and to respond to the new opportunities it presents. Most continue to maintain an 'us versus them' mentality, and ignore the fact that their most important customer base, the global bio/pharmaceutical companies, are making major commitments to the emerging markets. The roster of western API and dose manufacturers that have embraced the emerging market opportunity is small, but those companies that have embraced it have a head start on exploiting the new opportunities that the emerging markets offer.

The rising costs of doing business in China and other emerging markets may provide a momentary competitive reprieve to pharmaceutical service providers in North America and Europe. However, those companies may end up being sorry that they got what they wished for because the response to those rising costs may be even more challenging. Rather than fighting the tide, they need to learn how to rise with it.

Jim Miller is President of PharmSource and a member of Pharmaceutical Technology Europe’s Editorial Advisory Board. 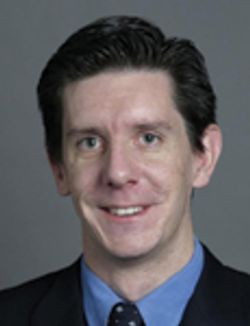