In the Field: Report from India

Multinational firms and governments around the world are flocking to India for R&D partnerships.

Sanjeevi Carani, MD, PhD, associate professor at the Karolinska Institute Medical University's Center for Molecular Medicine in Stockholm, is worried. The forthcoming roundtable aimed at promoting academic-industry cooperation and industry-industry cooperation in the life-sciences field between India and Sweden, scheduled at the end of December in Stockholm, is playing on his mind. The Karolinska Institute's representative for India, Carani is a coordinator for the Linnaeus-Palme Program in Medicine for India. The program is one of several projects reflecting the increased level of partnerships between researchers in India and those in the United States, Western Europe, and select countries in Asia. Carani has also been instrumental in running a Type 1 diabetes (T1D) network in India involving nine centers throughout the country.

As an example of his TID project, Carani says, "Senior physicians and scientists (in mutual trust and recognition) share their scientific resources for research in T1D. This way, no one duplicates the other's project and [we] share the patients' samples. Sharing allows the study to get adequate statistical power to address specific questions," explains Carani.

In September 2009, the Department of Biotechnology in India and the Swedish Governmental Agency for Innovation Systems (VINNOVA) teamed up to launch four biology research projects targeting the diagnosis and treatment of tuberculosis.

The September deal is just one in a string of several Indo-Swedish partnerships. The Karolinska Institute and the University of Kerala's Medical College in Thiruvavanthapuram, India, are also increasing partnerships between the two countries, with Carani's assistance.

And other are nations stepping up collaboration with India's pharmaceutical industry as well, including France, Italy, Germany, Singapore, and the United States. France, for example, offered to assist India in developing new vaccines. Singapore's Cancer Center and the Indian government plan to expand joint research efforts into oral and throat cancers.

Milan's European Institute of Oncology has a joint venture with India's Cancer Research Foundation with the aim of finding less-invasive treatments for cancer patients, specifically focusing on the early detection of breast cancer among the Indian population. In addition, Indian doctors will be trained in Italy, a country which has witnessed a decrease in breast cancer mortality rate due to greater awareness, early detection, and better treatment (Table I outlines other partnerships).

Table I: Select examples of research and development (R&D) partnerships between US, European, and Singapore-based companies and Indian companies.

Why the sudden frenzy? Long touted as having an advantage over some other developing countries due to its low-cost labor and fast growth compared with the global economy, India has a lot of money being poured into it from around the world. In addition to governments and independent institutions, global pharmaceutical and biotechnology companies are among those eager to leverage India's platform.

The country offers a great opportunity for companies to "to stretch out to extended geographies for greater exposure,'' says Simon Friend, global pharmaceuticals and life-sciences leader, at PricewaterhouseCoopers (PWC) in London. "Various forces are changing the environment in which Big Pharma operates and the relative positions of the different players in the healthcare arena. There is a compelling case for increased collaboration,'' he adds.

Multinational firms are specifically looking at emerging markets such as India to grow their research and development (R&D) efforts. Pfizer (New York), for example, is conducting clinical trials for 62 drugs in India, with a majority of the drugs being tested in neurology, rheumatology, psychiatry, and oncology segments. Four drugs are being tested for bioequivalence, and the remaining products are new compounds yet to be launched.

One of the largest spenders in pharmaceutical R&D globally, Pfizer has invested altogether $5.66 million in R&D to date in India.

AstraZeneca (Stockholm) also has a captive R&D center in India, which is continuing the company's biology research on tuberculosis. AstraZeneca has invested approximately $15 million in the center and is committing another $30 million over the next five years, says a company spokesperson.

"Our objective here in Bangalore is to find a cure for tuberculosis," said Lars Walarns, vice-president of global drug development and R&D for AstraZeneca, during a recent visit to the company's R&D site in Bangalore. "The Indo-Swedish connection goes back 20 years, and there is a lot of potential to bump up trade between India and Sweden.'' AstraZeneca's Bangalore R&D site is now well integrated with 10 other company R&D hubs in Sweden, the UK, and North America.

Merck & Co. (Whitehouse Station, NJ), known as MSD India in India, entered into a collaboration with the Indian Council of Medical Research to conduct studies on its cervical cancer vaccine, Gardasil, before marketing it. (Of note, GlaxoSmithKline [London] recently received US Food and Drug Administration approval to market its cervical cancer vaccine, Cervarix, in the US. The company is already marketing the drug in India, where cervical cancer causes nearly 74,000 deaths per year, the highest rate in the world, according to the All-India Institute of Medical Sciences in New Delhi.)

Anthony Farino, US Pharmaceutical & Life Sciences Advisory Services Leader, at PricewaterhouseCoopers (PwC), sums it up. "To date, Big Pharma has focused on the profits it can earn from the estimated 10–15% of the [global] health budget that goes toward medicine. Yet, there are many opportunities to generate revenues by improving the way in which the remaining 85–90% is spent. It is these opportunities, and there are many in India, that the industry will need to address in the brave new world of 2020."

A. Nair is a freelancer writer based in Mumbai. 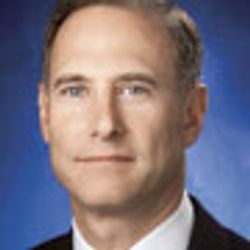