Due to its high ionization potential, electron affinity, and electronegativity, fluorine is a highly electron withdrawing substituent. In addition, fluorine-carbon bonds are much stronger than carbon-hydrogen bonds. Consequently, incorporation of fluorine atoms into APIs results in changes in polarity that often affect not only the reactivity of neighbouring groups, but also the acidity, basicity, protein binding affinity, and lipophilicity of these molecules. As a result, fluorination can significantly impact the bioavailability of drug substances. Introducing fluorine into complex intermediates can be a challenge, however, and generally requires special expertise. Finding contract manufacturers with GMP fluorination capabilities can, therefore, also be a challenge.

Although still widely used in many industries, their application to API synthesis has been somewhat limited. Reagents that are more commonly used in the pharmaceutical industry still present handling issues. They also tend to be costly and often are not appropriate for the introduction of fluorine in the presence of functional groups. Such reagents include poly[4-vinylpyridinium poly(hydrogen fluoride)], 1-fluoro-2,4,6-trimethylpyridinium triflate, cyanuric fluoride, and tetrabutylammonium hydrogen difluoride.

Improved reagents
The search for less aggressive, easy-to-handle, nontoxic fluorinating reagents has been underway for many years. Initially improved reagents such as (2-methoxyethyl)aminosulfur trifluoride (Deoxo-Fluor) and 1-chloromethyl-4-fluoro-1,4-diazoniabicyclo[2.2.2]octane bis(tetrafluoroborate) (Selectfluor), which are both from Air Products, have been more widely used in API synthesis. Diethylaminosulfur trifluoride (DAST) is another common reagent.

Deoxo-Fluor and DAST are nucleophilic fluorinating reagents that have improved properties compared to the harsher chemicals mentioned previously. They rapidly deoxofluorinate alcohols, aldehydes, and ketones under mild conditions to yield the corresponding fluorinated compounds with high efficiency and selectivity. The reaction involves the nucleophilic replacement of oxygen with fluorine, with hydroxyl groups converted to C-F substituents and carbonyl groups to CF2 moieties.

Selectfluor, also known as F-TEDA-BF4, is a general-purpose, site-selective electrophilic fluorinating agent that rapidly fluorinates a wide range of organic molecules under mild conditions with high efficiency and selectivity and, in many cases, has been used as an alternative to FClO3 and CF3OF. Recent examples of reactions achieved with Selectfluor include the iron-catalyzed free radical Markovnikov hydrofluorination of unactivated alkenes (1) and the synthesis of monofluorinated benzylic substrates (2), the silver-catalyzed decarboxylative fluorination of aliphatic carboxylic acids (3), and the chemoselective, metal-free introduction of a fluorine atom into various aromatic and aliphatic compounds (4).

Safer solids
More recently, solid fluorinating reagents have been introduced to the market: Xtal-Fluor-E from Manchester Organics (in partnership with OmegaChem) and Fluolead from UBE Industries.

Fluolead (4-tert-Butyl-2,6-dimethylphenylsulfur trifluoride) is also a crystalline nucleophilic fluorinating agent useful for deoxo-fluorination reactions. Its reactivity is comparable to that of SF4, but it has high thermal stability, can be handled in air, does not fume, and reacts slowly with water.  In addition to converting alcohols and carbonyls to CF and CF2 groups, Fluolead converts carboxylic acid (COOH) substituents to trifluoromethyl (CF3) groups and can fluorinate sulfide compounds (8-11). While these reagents are easier and safer to work with, their higher cost can still pose a challenge for commercial-scale use.

New alkylating reagent
Interest in trifluoroethyliodide (CF3CH2I) has also risen recently, according to Anthony Nigro, manager of product development for Halocarbon Products. Conventionally, the trifluoroethyl group has been introduced using trifluoroethylamine, which is a weak base that requires strongly acidic reaction conditions and thus can only be used for substrates that can withstand exposure to strong acids. Trifluoroethyliodide is much more reactive, and this reagent can even be used in later stages of pharmaceutical syntheses. “Convergent synthetic strategies, which require the introduction of fluorine substituents much later in the synthetic sequence, are gaining in popularity, as are direct fluorination techniques. This trend is one of the drivers for the interest in trifluoroethyliodide,” notes Nigro. He adds that the iodide does not require any special equipment or handling and is a cost-effective reagent.

Examples of reactions with CF3CH2I include the Pd-catalyzed 2,2,2-trifluoromethylation of organoboronic acids and esters (12) and the synthesis of β-trifluoromethylstyrenes via a domino Heck coupling reaction (13).

Finding GMP fluorination capabilities
While the search for fluorinating reagents that are inexpensive, safe, and mild for use with complex intermediates in large-scale manufacturing processes continues, pharmaceutical companies must continue to achieve fluorination using currently available reagents that meet the cost and reactivity constraints of their systems. In the past, it was common for drug manufacturers to perform these types of reactions in-house, but that is not the case today, according to Nigro. “Most pharmaceutical companies have streamlined their operations and generally outsource the production of intermediates that require specialized chemistries and synthetic techniques. Fluorination often falls under this category given the physical and chemical characteristics of most cost-effective fluorinating reagents,” he explains. 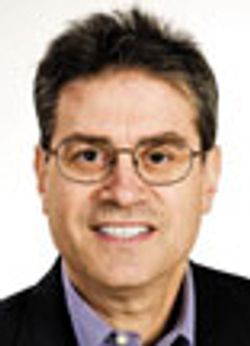