Intellectual Property as the Foundation of Innovation 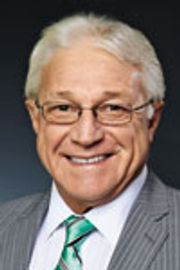 Supportive public policy is needed in order for innovation to flourish.

With the protracted global recession resulting in millions of lost jobs, it may seem as though the 21st century has gotten off to a weak start. It is during times such as these that human ingenuity and creativity are most needed, with the biotechnology industry leading the way.

The world is looking to the biotechnology sector to help alleviate the challenges of a planet that will hold 38% more people by 2050, an aging population in the developed world, the plague of disease, dwindling supplies of traditional energy, an environment facing unprecedented stress, and a need to maximize food production. We can successfully overcome these challenges through innovation, and innovation can reach its full potential only with supportive public policy including strong intellectual property (IP) protection.

IP is often the main asset of start-up companies. To raise the significant amount of investment they require for research and development (R&D), companies must be able to assure investors that their patent portfolios are secure.

Prior to 1980, industry confidence in the value of patents was low because various federal appeals courts seemingly developed their own standards of patentability. The federal government was supporting 50% of all US research but didn't permit those conducting the research to protect their inventions and transfer IP rights to the private sector for commercial development. As a result, private investment in innovation lagged, and more than 28,000 government-funded inventions languished, undeveloped, on laboratory shelves.

A turning point for the biotech industry came when Ananda Chakrabarty developed a modified bacterium that could break down spilled oil. When his employer filed for a patent, the application was denied by the Patent and Trademark Office. The subsequent appeal was taken all the way to the Supreme Court. In the landmark ruling, Diamond vs. Chakrabarty, the Court affirmed that it was the intent of the patent laws to cover "anything under the sun that is made by man." This decision opened the door to the growth of the biotechnology industry by assuring investors that patent protection would be available for a wide range of inventions derived from nature.

At the same time, Congress was looking into why taxpayers were not receiving greater returns from the billions of dollars invested each year in research universities, teaching hospitals, and federal laboratories. Congress could not find one instance where a new drug was developed when the federal government owned the patent rights to the invention.

Most government and university inventions are more ideas than products, requiring years of development before they can become usable and valuable to the public. This development is almost entirely funded by private industry. To address this problem, Senators Birch Bayh (D-IN) and Bob Dole (R-KS) shepherded into law what came to be known as the Bayh–Dole Act of 1980, which allowed universities and small companies to own and manage inventions discovered with government support.

The Chakrabarty decision and the Bayh-Dole Act set the stage for an explosion of innovation in the United States that continues today. The nascent biotechnology industry formed around research universities, which became wellsprings for innovative start-up companies.

Public-private collaborations encouraged by the Bayh-Dole Act continue to show impressive results. Last year, 658 new commercial products were introduced based on academic inventions. And although the climate for launching new companies has rarely been worse, universities successfully spun out 596 new companies in 2009.

The effect of university technology transfer on the economy was demonstrated by a recent study conducted by independent researchers and supported by the Biotechnology Industry Organization (BIO). Using conservative methodologies, the report found that between 1996 and 2007, university licensing contributed $187 billion to the US gross national product. It also found that university licensing contributed as much as $457 billion to US gross industry output and the direct creation of at least 279,000 new jobs.

The impact of university patent licensing on the biotechnology industry was underscored by a survey of BIO members last year. We found that 50% of these companies were founded on in-licensed technologies, 76% have licensed university inventions, and the ability to obtain exclusive licenses is "extremely important."

The last finding is hardly surprising considering that the vast majority of BIO companies do not yet have a product on the market. These small companies need strong patent protection and at least partially exclusive rights to attract the funding they require for further R&D.

The link between research universities, innovative companies, and strong patents cannot be overestimated in biotechnology. Many emerging countries around the world recognize this link and have changed or are in the process of changing their patent laws to better spur innovation.

In its study of the biotechnology industry in September 2006, the Milken Institute found a direct correlation between the nation's lead in biotechnology and the success of American universities in patenting and licensing inventions made with federal funding. The report, Mind to Market: A Global Analysis of University Biotechnology Transfer and Commercialization, found that US universities dominated their peers abroad in biotechnology research and resulting impacts. It warned that other countries would adopt our model to better compete against us, as is already happening.

China and Japan have implemented their own Bayh–Dole-like laws. South Africa and Russia have followed suit. India's parliament is reviewing a version of the Bayh–Dole law. Such competition benefits innovation around the world.

However, a small but determined band of theorists in the US and abroad is waging an ideological campaign against IP rights and strong technology-transfer systems. They want to give government greater rights over inventions and limit patents and licensing rights. If history is any indication, this is precisely what we should not do.

Instead, we must renew our commitment to funding cutting-edge research in our universities and federal laboratories, and strengthen our technology-transfer system. We must fully support our patent offices, which are overwhelmed in trying to effectively process patent applications that may contain the breakthrough discoveries needed to drive our economies forward. And we must promote public policies that incentivize and protect innovation. It is providing this type of support—rather than trying to manage innovation—that is the appropriate role for government.

If we preserve our traditional foundations of innovation and maintain the basics of strong IP protection, there is no reason why we can't overcome our pressing global challenges, as humankind's ingenuity and creativity, unleashed, have done so many times before.