2010 came with pay raises for those still employed and anxiety for all. This article contains bonus online material.

A couple of years ago as the US slid into economic recession, many of us looked forward to 2010 as the year when we could hope for business to turn around. Surely, by 2010 companies would regain their footing, and the employment situation would return to something that felt like prerecession conditions. So has it? Well, it depends in part on how well you weathered the storm and where in the world you live.

Many people have lost their jobs—11.3% of respondents, to be exact—but those that remain employed saw significant salary increases this year. In fact, the overall average salary among respondents climbed to $102,468.79, up from last year's average of $94,079. Nevertheless, more people feel insecure in their jobs now—53% of all respondents—than in any survey we've previously conducted. Moreover, their work day has become longer, they are taking on more responsibilities and performing them with fewer resources, and so their stresses mount. Surprisingly, many respondents seem optimistic about the future—56% expect business to improve in the coming year, and 53% report that their companies plan to expand. More important, 71% say their companies will not be downsizing anymore. So, perhaps we were just a tad premature in our expectation that 2010 would be the year of recovery. As we enter what we hope will truly be a year of economic recovery and growth, we present a snapshot of the year that was in employment.

Figure 1: Survey respondents answer how they feel about their job.

As in years past, the majority of respondents—80.2%—work in a company that manufactures pharmaceuticals; 45% (of all respondents) work for a traditional bio/pharmaceutical company; 14.5% for a contract service provider or manufacturer; 11% for a generic-drug manufacturer; and 9.7% for a biotechnology company. Only 2.4% work for an academic institution, down from 4% last year. Another 2.6% work for the government, 2.8% are self-employed, 1.9% work for a nonprofit organization, and 10% identify their organization as "other." At 67%, most of the respondents came from the United States (including Puerto Rico), another 20% came from Western Europe, 2.8% are from Eastern Europe, 3.2% are from Canada, and 1.9% are from India. The remainder are from South and Central America and East Asia.

Figure 2: Survey respondents address whether they intend to leave their jobs.

As in previous surveys, the quality control and assurance (QA/QC) professionals constitute the largest number of respondents—19% (up from last year's 17%). Interestingly, women account for about 52% of these (36.8% of all women report their function as QA/QC). Coming in second at 8.6% of total respondents were engineers and engineering managers, but here the demographics skewed in favor of men (10% of men, and 2.6% of women respondents performed this function). The same is true of the 7.9% in production management (10.4% of men, but only 1.7% of women); 7.2% are in process development (9.7% of men, but only .0.9% of women); and the 4.1% in corporate management (5.5% of male respondents, but only 0.9% of female respondents). Formulators and production researchers were somewhat more evenly represented by the sexes: 5.9% of total respondents are in formulation (6.5% of men, and 5.1% of women); and 5.2% are in production research and development (4.9% of men, and 5.1% of women).

Of course being employed is only part of the story. The other part of the story is how secure people feel in their jobs—and people don't feel very secure. While 53% of respondents report feeling insecure as compared with past years, insecurity runs highest in the US, where 55.3% of respondents felt insecure (15% feel more secure than they did in the past). The most secure workers live in India, where 25% of respondents feel insecure, and 37.5% feel more secure now than in years past. Half of the respondents from Western Europe feel insecure, and 54.5% of Canadian respondents feel insecure. Men and women feel almost equally insecure—with 54.2% of men, and 52.6% of women feeling insecure. Interestingly, more women—18.6%—report feeling more secure than they did in the past, as opposed to only 14.2% of men.

Of course, this year the economy continued to have profound implications for workers in the pharmaceutical industry, and 11.3% of respondents reported losing their jobs because of it. Canadians suffered the heaviest job losses, as 18.2% of Canadian respondents report losing their jobs, in contrast to 12.2% of US workers, and 6.7% of Western European works. Indian workers reported 0% job losses for themselves and their colleagues due to the economy. Workers in contract service and manufacturing providers lost the most jobs—29.8% of respondents in these companies report losses, followed by 10.1% in traditional bio/pharmaceutical manufacturers, 7.5% in generic companies, and 3% in biotechnology.

Among respondents that remain employed, 30.1% say their workday has become longer, and 23.5% report that they've taken on additional functions to fill in for lost coworkers.

In the name of innovation

In general, people working in the pharmaceutical industry feel gratified and valued by their employers—64.6% of all respondents said their employers fully valued their work. Employees of generic-drug manufacturing firms feel most valued, 68.9% reported feeling valued, followed by 67.1% of workers in traditional bio/pharmaceutical companies who feel that way. Least valued are workers for contract manufacturers and service providers, where 58.4% feel valued. On average men feel slightly more valued than do women, as 65.2% of men, and 62.4% of women reported feeling their work was valued.

The elements of satisfaction

So what accounts for job satisfaction when it occurs and what would employees in the pharmaceutical sector be looking for in a new job? Intellectual challenge is the number one source of job satisfaction say 61.5% of all respondents, followed by 61.3% who say that relationships with colleagues give them on-the-job satisfaction. Other important factors include intellectual stimulation (59.2%), work/life balance (57.6%), and supportive management (57.3%). Interestingly, relationships with colleagues are slightly more important to employees in Western Europe than in the US or elsewhere. In Canada, 66.7% of respondents say that intellectual stimulation is the most important factor, whereas 75% of Indian workers value challenging projects (but only 37.5% say their relationships with colleagues are sources of satisfaction). Salary matters most to Indian workers, 62.5% of whom cite this as a source of satisfaction versus 50% in Canada, 45.3% in the US, and 38.5% in Western Europe.

On the flip side, 51.4% of respondents say that budgetary and resource constraints are their greatest on-the-job stressors. Also high on their list of stressors are short timelines (42.9%), issues with management (40.2%), and poor infrastructure (31.1%). Looking at the breakdown by company type, 53.2% of workers in traditional bio/pharmaceutical and 60% of those in biotech companies cite budgetary constraints as their most stressful challenge, whereas 51.9% of contract service providers and manufacturers and 48.8% of respondents from generic bio/pharmaceutical companies place short timelines at the top of their lists. Contract providers also cite poor infrastructure as a stressor—40.4%, as opposed to 30% or fewer for respondents in generic companies, biotech companies, and traditional bio/pharmaceutical companies. However, employees in these companies grapple more with management issues and fears about their job security.

Workers in India are particularly stressed about long commutes and low pay (37.5% of Indian respondents report each of these as stressors), while budgets and resources challenge employees in all regions. Men and women report similar stressors, with the exception that women feel the pressures of juggling work and life (30.9% of women versus 20.1% of men) more acutely than men, and women also have more issues with management (43.6% of women, and 39% of men). On the other hand, 29.3% of men feel the stress of job insecurities, while only 22.3% of women do.

Given the workplace challenges and satisfactions the survey uncovered, what would it take to lure an employee to a new position? The answer was unequivocal—money. A full 63% of respondents said income was the number one feature they'd be looking for in a new job. A good work/life balance came in second at 42.3%, and geographic location was third (40.9%). Men and women were almost equally inclined toward a bigger paycheck, but work/life balance is more important to women job seekers than to men (51.5% of women versus 38.1% of men). Geographic location, on the other hand, matters more to men (42.5%) than to women (36.4%). Retirement benefits will matter more to men, too (14.9%) than to women (8.1%).

Job attributes that matter less to those considering a move include, surprisingly, scientific opportunities, with 47.2% of respondents placing least importance there. Women are less motivated by scientific opportunity than are men. Tolerance in the work place was also relatively unimportant, as was commuting time. 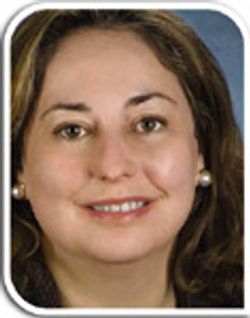 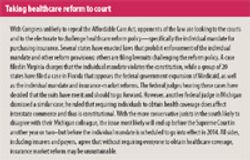