A European research consortium investigating the benefits of microdosing could hold the key to boosting the development of paediatric medicines. The majority of medicines are only designed for and tested in adults, and then prescribed to children off-label. This is potentially dangerous because growing children do not react to drugs in the same way as adults and there is also the risk of receiving a dose that is too high or too low.

Although there is a lack of paediatric medicines for all age groups, there is a particular shortage of those targetted at infants aged 0–2 years. There are a variety of reasons for this shortage — mostly relating to the ethical, regulatory and practical issues associated with testing new drugs in infants. However, children need medicines so a solution has to be found.

A European consortium believes that the answer may lie in microdosing and will be pursuing research in this area with the help of a 1.2 million euro grant. The grant will go towards a programme called PAMPER (Pharmaceutical Accelerator Mass Spectrometry Microdose Pediatric Evaluation Research Study), which will investigate new ways of developing drugs for infants. A number of research organisation across Europe are involved in this project, including the Netherlands-based research organisation TNO, the University of Liverpool (UK), Alder Hey Children's Hospital (UK), Tartu University Hospital (Estonia), the Pharmaceutical Research Institute (Poland), Good Clinical Practice Alliance (Belgium) and Garner Consulting (UK). To find out more about the research, PTE spoke with Wouter Vaes, who is responsible for early clinical development at the TNO.

"Children are not just small adults," said Vaes. "Drug kinetics, metabolism and dynamics can vary substantially between adults and infants. Therefore, it is complex to derive effective but safe starting doses of drug candidates in pediatric clinical trials."

Which is why microdosing is such an exciting development in this area. Microdosing involves administering a very small dose of a drug (defined by the EMA as less than 1/100th of the pharmacologically active dose), which is unlikely to lead to clinically significant toxicity. Microdosing is not supposed to explore therapeutic effect; rather, it provides data about a drug's pharmacokinetics and pharmacodynamics in humans at a very early stage of development.

"Microdosing is one of the best tools that industry can choose to obtain human data at an early stage in development," said Vaes. "It can enable better and faster paediatric investigations and, eventually, will contribute to better labelling and less off-label use."

The aim of the PAMPER study is to validate the microdosing technology to obtain pharmacokinetic data that can, in the future, be used to study new drugs in infants.

"Eventually, we expect that microdosing will be used to derive kinetic and metabolic information for all age groups at the same time," explained Vaes. "This information can be used to derive appropriate dosing regimes for further pediatric investigations. One of the important issues that the consortium will address is to develop methodology to determine the extremely low concentrations in tiny blood samples using the accelerator mass spectroscopy at the TNO."

The benefits of microdosing are not just limited to paediatric medicines. Vaes added that he expects the use of microdosing to increase in drug discovery and development, especially as a tool for candidate selection.The fact that the research could have such a huge impact is a testament to the value that research consortiums can bring.

"Precompetitive research is essential for the validation and subsequent application of new technologies and ideas," said Vaes. "To increase the acceptance of new technological advancements that might lead to better drugs should be a joined effort between industry, governments, regulators and research institutes."

Amylin Pharmaceuticals has accused Eli Lilly of breaching the companies' strategic alliance with regards to exenatide. According to Amylin, Lilly is working with Boehringer Ingelheim on a product that will directly compete with Amylin's exenatide offering.

Israel's Teva Pharmaceuticals Industries has sealed a deal to acquire the US-based biopharm company Cephalon for $6.8 billion, trumping an earlier hostile takeover bid by Valeant, which had offered $73 per share. Teva will pay $81.50 per share and expects the transaction to be completed by the end of the third quarter.

The FDA is planning to scrutinise direct-to-consumer online advertising for prescription products in the US. The study will test different ways of presenting risk–benefit information on branded drug websites and will, according to the FDA, complement other planned research on social media issues.

The number of patent settlements in which the manufacturers of branded products paid makers of generic drugs to postpone the introduction of their products reached its highest level ever in 2010, according to a Federal Trade Commission staff report. The number of such deals rose by 60% compared with 2009.

The EMA And EU Expansion 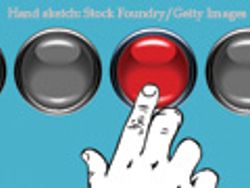 The Rising Uptake Of Immediate Release And ODT Formulations