Pharma struggling with social media; Opportunities in the OTC market

The FDA's recent warning letter to Novartis about a Facebook widgit has highlighted the challenge pharma faces in trying to make effective use of social media tools without stepping on the toes of regulators.

The challenges posed by social media were discussed in Ernst & Young's recent Progressions: Pharma 3.0 report when analyst Ken Burbary explained that companies were already struggling to fit their consumer messages in 30second television spots in the US. So, how could they possibly confine themselves to the limited characters of text required by Twitter and Facebook? According to the US Code of Federal Regulations, promotional materials (other than reminder pieces) must disclose risk and other information about the drug. "The disclosures required by the FDA on the risks and benefits of brandname drugs can use up more than half, if not all, of the allotted space on these sites," said Burbary.

Indeed, this is where Novartis ran into trouble with Tasigna. The company had added a Facebook Share widgit to its Tasigna website. When clicked on, the widgit generated Novartiscreated information for the drug that could be shared by being displayed on a Facebook user's profile. Unfortunately for Novartis, the shared content didn't contain information about the risks. "The shared content is misleading because it makes representations about the efficacy of Tasigna but fails to communicate any risk information associated with the use of this drug," said the FDA letter.

Although a blog from Pharmaceutical Executive (available at www.pharmtech.com/peblog) said that this is the first known enforcement by the FDA regarding Facebook, it's not the first time that pharma has run into trouble as it grapples with new web-based tools. In March 2009, the FDA's Division of Drug Marketing, Advertising and Communications sent warning letters to 14 pharma companies because of sponsored links on Google. In response, paid search advertisements for pharmaceutical brands declined quickly. According to Ernst & Young, both comScore and Advertising Age reported the number of such advertisements had dropped by 84% by the end of June 2010.

Can it ever be regulated?

Even now, more than a year later, there are no specific regulations that address pharma's use of the internet and social media tools, although the FDA did take the first steps towards this in November 2009 when it held a public hearing to discuss the situation. According to the hearing, social media is more than just a trend and will play an even greater role in the lives of consumers going forward. However, many pharma representatives explained that they were uneasy about using such tools because of a lack of guidelines. In particular, companies were unsure about how responsible they were for monitoring the internet for incidents such as inaccurate or off-label commentary.

A range of possible solutions were discussed, including the establishment of working groups to keep an eye on e-developments. The FDA has said it will review all the information from the hearing, but to date there is still no word on any official guidance. In its report, Ernst & Young also adds that one of the biggest questions will be whether regulators can establish and maintain guidelines capable of keeping pace with the speed at which the internet is evolving.

For now, pharma's foray into social media has been understandably slow and Burbary adds that the industry's best move remains "uncertain". He explained: "Some companies may choose to wait on the sidelines — a decision not as safe as it may seem — while others may be willing to test the water in small pilot programmes that aim to minimise risk."

As for Novartis, the company was quick to remove the widgit in question, as well as all other social media widgits that used to appear on the Tasigna page. However, the company hasn't been scared away from social media completely, as it still operates and updates its YouTube channel.

Opportunities in the OTC market

With patients becoming more involved in healthcare issues and taking medical treatments into their own hands, there is an opportunity for pharma companies to invest in the development of over-the-counter (OTC) drugs, according to a report from Kalorama Information. In particular, this may present opportunities in developing nations, such as Brazil, Russia, India and China (BRIC).

According to Kalorama's 2010 The Worldwide Over-the-Counter Drug Market report, the global OTC market is highly fragmented between regions because of differing economic conditions, the perception of self-medication, access to medical advice, product availability, and the incidence of diseases and medical conditions. Non-prescription pharmaceutical sales account for roughly 8% to 30% of total pharmaceutical sales worldwide, with the higher rates of OTC sales coming from developing nations. In 2009, for instance, India boasted an OTC market share in excess of 30%, compared with only 8% for the US. Meanwhile, the other BRIC nations, Brazil, Russia and China had OTC market shares of 23%, 19% and 17%, respectively.

"It's simply easier to work around regulatory and distribution issues in these countries by distributing product direct to consumers where it is medically possible," Melissa Elder, an analyst at Kalorama Information, explained. "It's not a new trend, but we see sales to developing nations continuing to drive up the portion of all pharma sales that are OTC."

In total, Kalorama estimates that the OTC drug market in Asia-Pacific and Africa is worth more than $20 billion, with an average annual growth of 4%. The developed nations of Australia and Japan are also important players in the OTC market; however, the report believes that the greatest opportunities for growth and expansion will be in the developing nations of China, India, Indonesia, Malaysia and Singapore. In particular, China will be an important location as recent increases in Gross National Income per capita have given the general population an increasing ability to purchase medicinal products. Additionally, with such a large population there is a significant market opportunity for pharma companies to sell their OTC products.

According to the report, there are a number of factors that drive people to seek an OTC product. One of the primary factors is the cost of healthcare as many people will purchase OTC products to save money. Countries where a large number of consumers are uninsured, such as India, have a much larger OTC drug market. Indeed, the report claims that almost 80% of India's population self-medicates.

In 2009, the global OTC market increased by 2.2% to reach $72.1 billion, with gastrointestinal drugs representing the fastest growing segment with 3.4% growth. For 2010, Kalorama estimates that the world OTC market will reach $73.8 billion.

Going forward, the compound annual growth rate for the OTC market over 2009–2014 is expected to be slower than that for 2005–2009, when growth was approximately 3.3%. The slow down will be caused by pricing competition and a shortage of prescription to OTC switches in key markets, such as the US. In general, Kalorama expects growth to be about 2.7% between 2009 and 2014, resulting in a 2014 OTC market worth approximately $82.6 billion. 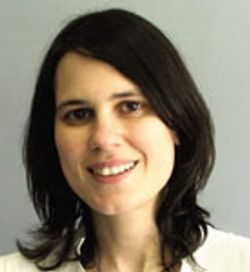 Approach social media with caution?
A SWOT Analysis Of The Biosimilars Market
Behind The Scenes Of Pharma Mergers And Acquisitions