Europe's Innovative Medicines Initiative (IMI) has been strongly criticised for "deficiencies" in its financial and intellectual property (IP) rights arrangements. The IMI, established by the EC and EFPIA to boost European drug development, has been subjected to a number of similar complaints since it was first set up in 2007. The latest round of criticism comes from the League of European Research Universities (LERU). Although LERU considers IMI a "valuable" mechanism to overcome research bottlenecks, it also describes it as an example of "how a private–public partnership should not be set up". The IMI aims to encourage collaborations between academia and pharmaceutical companies. However, there has been limited interest from academia during the first two IMI calls for proposals since many of the benefits of such projects seem to be tipped towards pharma companies.

"If the benefits and disadvantages to both sectors cannot be balanced out in the third call for proposals, the quality of the programme, and with it its international credibility, will further deteriorate," said LERU, in a letter written to the IMI board.

According to LERU, researchers make a financial loss on IMI projects because of the reimbursement rate and a cap on indirect costs. IMI is jointly funded by the EC and EFPIA. The EC funds its participation via its Seventh Framework Programme (FP7) budget, which was established to support EUbased research. However, IMI's financial rules deviate from the usual FP7 mechanism; in particular, it only provides for a capped 20% indirect cost rate, compared with the 60% rate offered under FP7. Combined with a 75% reimbursement rate, the 20% cap results in loss-making projects.

A statement issued earlier this year by the European Universities Association (EUA), which has also expressed concerns about IMI, said: "IMI funding rules should be modelled on FP7 funding rules and the starting point for calculating funding rates should be coverage of the full costs of research. The current cap on reimbursement of indirect research costs ignores economic reality and must be lifted as a matter of urgency."

As well as missing out financially, academic partners and researchers also lose out on IP. LERU explains that IMI's IP policy was introduced without consultation of academic institutions and sees a "clear push towards providing advantages to the EFPIA partners".

These core issues have also been identified by the IMI's IP Working Group, but a resolution has yet to be formed.

LERU emphasises that: "The EC and EFPIA should not expect their 'partners' to accept rules, by which they basically give away all their intellectual property for free and do not even receive full funding for their research activities". As a consequence, LERU explains that several of its own members, as well as other research institutions, have implemented stringent procedures for scientists wishing to participate in IMI projects, with the effect that most of them withdraw before submission because academic participation is "not feasible". With such little interest from academia, EUA adds that the IMI programme is unlikely to achieve its objectives.

The IMI is currently reviewing its IP policy, as well as the funding rules for the reimbursement of direct costs. Both LERU and the EUA believe that resolutions should be sought before IMI issues a third call for proposals. 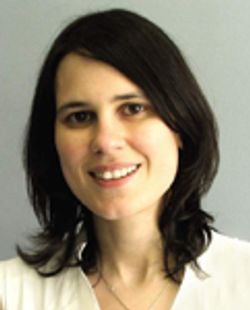 Green is the word