GSK to pay more than $4 billion for criminal and legal charges; FDA gains food recall authority... are drugs next?

Headlines have been full of news about GlaxoSmithKline in recent weeks and none of it has been particularly flattering for the company. Firstly, January saw the airing of a US program (60 Minutes) about a whistleblower lawsuit that resulted in GSK paying $750 million to settle civil and criminal charges after the company was accused of manufacturing and selling adulterated drug products to Medicaid and other government health plans. The products were manufactured at the company's Cidra plant in Puerto Rico, which was closed in 2009 due to declining demand.

The 60 Minutes programme interviewed whistleblower Cheryl Eckard, a former GSK Quality Assurance Manager. According to documents from Getnick & Getnick law firm, Eckard learned of "serious and systemic violations of manufacturing standards" at the Cidra factory in 2002 and urged managers to take action.

Eckard claims that nothing was done. She was made redundant in 2003 and filed the whistleblower suit in February 2004, ultimately leading to the FDA seizing all stocks of Avandamet and Paxil CR manufactured at Cidra — the largest seizure in FDA history. The FDA also placed the Cidra plant under a Consent Decree, requiring that all products released to the market be approved by an independent monitor.

The 60 Minutes programme will have been a harsh blow to GSK's reputation, with claims being made that some medicines may have been contaminated with bacteria or mislabelled, while others may have been too strong or not strong enough. Additionally, claims were made that GSK tried to cover up the problems after a pharmacist called to report a mix up with an antidepressant medicine.

"They [GSK] filed a report with the FDA that said that the mix-up was not real. And did not happen at the factory," said Eckard in the programme.

In its response to the programme, GSK says that it regrets the manufacturing issues at the Cidra facility and "strongly disagrees with 60 Minutes' implication that patients suffered harm as a result". GSK also emphasised that the issues outlined in the 60 Minutes story occurred between 2001 and early 2005, and related to one manufacturing facility. "GSK had been working with the FDA to improve the plant's performance as early as 2001, before Cheryl Eckard was sent in 2002 as part of the team to address issues cited by the FDA," said a GSK statement.

The company also added: "The FDA; the US Department of Justice; and Neil Getnick, Cheryl Eckard's attorney, all stated that there was no indication that patients were harmed as a result of the production issues."

On top of the $750 million, GSK also recently announced that it is expecting to pay an enormous $3.4 billion to settle legal charges relating to its diabetes drug Avandia, as well as sales and promotional practices in the US for other products. The amount is in addition to the $2.36 billion legal charges previously announced in July 2010 for legal cases regarding Avandia, Paxil and the former site at Cidra.

Since this time, GSK says it has continued to receive a "substantial" number of new product liability cases regarding Avandia in the US. The $3.4 billion estimate stems from the company's assessment of the additional cases and an estimate of likely future claims.

The charges also relate to an investigation by the US Attorney's Office for the District of Colorado into GSK's US sales and promotional practices between 1997 and 2004.

According to third-party sources, the charges may wipe out the company's expected earnings for Q1.

The FDA is close to receiving the authority to mandate recalls of food under a new US food-safety bill. Efforts are also underway in the House to grant the agency this power for pharmaceuticals too.

Congress passed the FDA Food Safety Modernization Act in December and President Obama is expected to sign the bill into law soon. The Act revamps the FDA's authority over food safety and includes the following key points:

"While FDA expects that it will only need to invoke this authority infrequently since the food industry is largely compliant with FDA's requests for voluntary recalls, this new authority is a critical improvement in FDA's ability to protect the public health," said the FDA in a statement.

The FDA Commissioner Margaret A. Hamburg has issued a statement supporting the legislation. "This law makes everyone responsible and accountable at each step in today's global food supply chain," she explained.

Drugs could be next

A bill, H.R. 6543, The Drug Safety Enhancement Act, was introduced in the House late last year that focused on expanding the FDA's authority and providing it with the proper resources to ensure the safety of pharmaceutical products. Among the provisions of the bill is the power to enforce mandatory recalls.

The topic of granting the FDA this authority was recently discussed during the second Congressional hearing on Johnson & Johnson's recalls. During his testimony, FDA Deputy Commissioner Joshua Sharfstein said to the House Committee on Oversight and Government Reform that there is a need to rethink the current system of voluntary recalls and that the agency should have the ability to initiate drug recalls. Indeed, this view was echoed by respondents to a recent poll on www.pharmtech.com in which an astonishing 90% of industry professionals believed that the FDA should have this authority (see chart). Perhaps now that the agency is close to gaining the power to recall food, increased pressure will force lawmakers to reconsider expanding that authority to pharmaceuticals as well.

Johnson & Johnson's run of quality issues, recalls and other bad news continues with yet another product recall. The company is voluntarily withdrawing a number of products at the wholesaler level in the US because of past production records revealing instances where cleaning procedures were insufficient or not adeuqately documented.

The EU Commission is on the lookout for "potentially problematic patent settlements" and has asked several pharma companies to submit copies of their patent settlement agreements made between originator and generic companies.

A change in R&D

Drug developers are "aggressively" changing the way they conduct R&D, according to the Tufts Center for the Study of Drug Development (CSDD). Actions that will help improve R&D productivity include greater reliance on translational science to help identify the right disease targets for new molecules and greater partnering with external service providers to share risks, reduce cycle times, and lower costs. 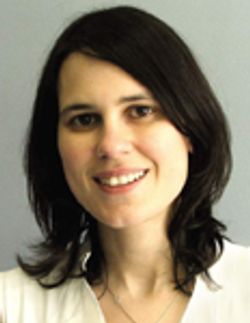