The Path to Traceability and Transparency

With less than two years to meet the US deadline, both manufacturers and CMOs have to move quickly to implement serialization practices.

As traffic in counterfeit and adulterated pharmaceuticals grows, the idea of a fully traceable pharmaceutical supply chain is taking shape. The concept has changed drastically since the past decade, when the first radio-frequency identification (RFID)-based serialization systems were piloted, and Florida set the first pedigree requirements.

Today, 2-D matrix barcoding is the technology of choice, and 40 countries around the world have set requirements for lot- and unit sales-level serialization and traceability, each of which offers specific challenges (Figure 1).

Pharmaceutical serialization, aggregation, and traceability pose huge technical challenges, requiring the easy transfer of, and access to, massive amounts of data. These data will need to flow from manufacturers--some of whom have merged with or acquired other companies--but also from their contract manufacturing and packaging partners. Data will also have to connect to wholesale distributors, dispensers, pharmacies, and clinics.

Over the past few years, the pharmaceutical industry has made progress in developing serialization strategies and investing in the information technology (IT) required. In UPS’ 2015 Pain in the Chain Survey (1), 67% of 421 respondents viewed their investment in serialization IT as successful in improving product security (Figure 2).

However, challenges remain. Even at the manufacturing level, where IT connections will be required between manufacturers and contract manufacturing and packaging organizations, companies are at different levels of achievement.  Generally, Big Pharma companies were ready for serialization before the deadlines, notes Darryl Brown, vice-president of global strategic marketing at Systech International. For smaller firms and contract manufacturing organizations (CMOs), readiness varies. “Some companies have robust programs in place, but others have been working tactically, to meet the bar set in different parts of the world,” says Shabbir Dahod, CEO of TraceLink, which offers a cloud-based IT solution that won a CPhI Award in 2015 for innovation in supply chain and logistics management.

“With less than two years to meet the US deadline, both manufacturers and CMOs realize that they have to move fast,” says Steve Peterson, project manager at CRB Consulting in St. Louis, Mo.  However, he says, over the past six months, lead time for line-level serialization equipment has gone from 12-14 weeks to 10-16 weeks.

If CMOs haven’t started yet, they may already be too late
Generally, it can take the smallest pharmaceutical CMOs from one to two years to develop a strategy and foundation for serialization, medium-sized CMOs from two to three years, and large CMOs more than three years, Vivian McCain, vice-president of third-party operations, Americas, at Teva Pharmaceuticals, and program owner, CMO Serialization Program, told attendees at the First Serialization Roundtable for CMOs, held in Philadelphia, PA on October 8, 2015 (2). For mid-to-large CMOs that haven’t started laying the groundwork, it may already be too late, McCain said. There are many complex questions to decide, he explained, such as who should “own” labeling artwork issues or IT connectivity projects, or how quality assurance and exception management should be handled.

Teva Pharmaceuticals began developing its internal serialization strategy four years ago, focusing on its global network of 20 sites. This year, the company began expanding the program, funding a CMO support program to help oversee partner serialization efforts in its external network of more than 700 CMOs. The program focuses on issues that include IT connectivity, quality assurance, tools, and applications. A CMO serialization-management dashboard allows the company to track each CMO’s serialization readiness and progress and assess the risk of noncompliance. Teva is developing risk profiles for each partner to assess the potential business impact of serialization noncompliance.

To ensure flexibility, it’s important to have an IT solution that’s loosely coupled to the enterprise system, says TraceLink’s Dahod.  However, Dahod sees non-standard data exchange and integration approaches as one of the biggest potential obstacles that the industry faces in meeting upcoming serialization and traceability -regulations.

He notes the potential of newer standards as well. “The Open Serialization Communication Standard (Open-SCS) Working Group could extend these data exchange harmonization efforts even deeper in the serialization process,” he says. “Particularly between the packaging line and packaging site level, where the sheer diversity of line-management systems and equipment manufacturers have made readiness for serialization a great challenge.” Jean-Pierre Allard, global serialization program manager for Optel Vision, has called it “the standard that CMOs need” (3).

Foundations for the Open-SCS Working Group were laid in February 2015, and executive director Charlie Gifford sees a real need for this work. “With traceability, ultimately, we need to validate the bottle that reaches the patient,” Gifford says, “and the current process--which includes serializing at the bottle level, aggregating and serializing in all forms, and then de-aggregating to the pharmacy level--is still vulnerable to criminal interference.”

The idea behind Open-SCS is to focus on the three or four data and communication layers (line and equipment, distribution centers and warehouses, plant and warehouse operations management) between the plant and the corporate enterprise resource planning (ERP) system. For serialization, such a standard would help pharmaceutical companies and CMOs improve the aggregation of serialization master data between plants, and optimize plant-floor strategies depending on whether their manufacturing departments assign a serialization number, or whether a government regulatory agency is providing numbers to apply to product.

Given the number and variety of regulations, and differences between different vendors’ products, the challenges are great. “If you walk into any CMO’s packaging line today, every single piece of equipment there is from a different vendor. Manufacturing Execution System (MES) and ERP vendors sell proprietary systems. By the time you get up to the top level to create a report, it’s a mapping nightmare,” Gifford says. As he explains, line-equipment vendors tend to promote proprietary solutions; at the MES level, they are looking at the batch record, and, at the ERP level, the batch record is different from the master batch record. Also, not all countries are standardized on GS-1, so five different countries may have five different requirements for reporting out of the plant, Gifford says.

EPCIS addresses some, but not all of these issues, so many projects become one-offs using custom solutions. “This type of work does not scale. What works in one plant may not be able to accommodate change, and work in five plants around the world five years from now,” says -Gifford.

Another major problem with one-offs is lack of transparency, says Systech’s Brown. “Temporary solutions will get you through the checkbox for serialization, but if there’s a problem down the line, there will be no way to diagnose it and retain the data, so it will then be very difficult in situations where, say, you need to recall millions of dollars worth of product.” Supply Chain Wizard’s managing partner Burak Tiftikci suggests that manufacturers “design for tomorrow.” As he noted during the October CMO conference, “You can always dumb down the richness of data to meet a specific requirement” (4). He noted, however, that it can be “exponentially more challenging” to work the other way around.

A prerequisite to successful serialization is having a strong IT system that can handle serial number mapping. Peterson adds, “you need to be able to handle high volumes of data, and to have a disaster recovery and backup situation in place.”

All of the major ERP vendors have introduced platforms designed to facilitate serialization, although consultants note that some may still be unproven. In September 2015, SAP introduced Advanced Track and Trace for Pharma (ATTP), which replaces its previous Auto-ID Infrastructure (AII) and object event repository (OER) programs as a way to generate serial numbers, send codes to packaging lines, and then track them. That same month, TraceLink introduced an SAP Migration Kit to allow users of SAP serialization products to take that functionality into the cloud.

Point-of-use connections challenge pharma
Well beyond the manufacturing and CMO portion of the supply chain, a major challenge is working with pharmacies, clinics, and hospitals at the point of service, Gifford says. “Today, between 20-50% of the cost of serialization is due to paper pushing,” he says. “We’re going into a rudimentary IT world and telling them to put in yet more systems.”

Concerns that can play out at the point of service were recently seen in Brazil, whose regulatory agency, ANVISA, postponed a December 2015 deadline for its traceability pilot phase. The requirements called for drug license holders to report to the government, and pharmacies feared that access to patient data might give suppliers too much information about stock levels and trends, and allow them to control pricing and supply (5). The government changed its requirements so this information could not be shared with distributors.

Even so, the challenges of data integration at that level can be formidable, and standards can help. This was shown in Roche’s recent pilot project, which focused on special products and medicines for cancer, and involved collaboration with the systems integrator SPI and TraceLink. The project, which won the 2015 GS-1 Brazil Automation Award, used EPCIS to share information among Roche, its distributors, and clinics. The work was accomplished within three months. Integrating supply-chain links was the biggest challenge, says Rafael Schirmer, SPI’s director, who managed systems integration for the project.

The pilot used TraceLink’s cloud-based system, so no installation or local software configuration was required, he says. Connecting with pharmacies and distributors proved difficult initially, Schirmer says, because many of them did not want to invest in the systems required. Roche set up portals for them to meet reporting requirements, and SPI configured web boxes to enable them to access TraceLink’s tool.

The project will soon move into its next phase, but Brazil’s mandate is clear, Schirmer says: All supply-chain members will be jointly responsible for the traceability of medicines.

Creating a supply chain that is traceable, end to end, may seem like a holy grail, but Open-SCS’ Gifford believes that standards will make it easier.  As he notes, they’ve worked in other industries such as semiconductors, where Sematech, a consortium of the top 10 manufacturers, set a foundation in the 1990s. “Today, at AMD, Intel or Samsung, at any plant anywhere in the world, they’re all using the same interfaces,” he says.

At this point, pharma is making the connections required for transparency and traceability.  However, as experts caution, only a strategic, long-term approach will yield the best results.

All figures courtesy of UPS.

Citation:
When referring to this article, please cite it as A. Shanley, "Serialization: Getting Past the Quick Fix," Pharmaceutical Technology 40 (1) 2016. 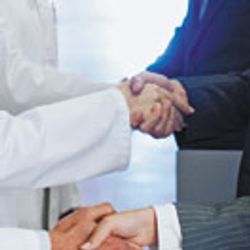 Is Consolidation Good for Pharma? 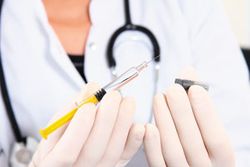 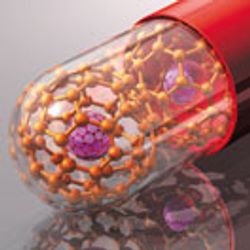