Palladium-catalysed hydrogenation reactions are important in industrial chemistry and fine-chemicals manufacture, but precious metal catalysts, such as palladium, are costly. Researchers at the Tufts University's School of Arts and Sciences and School of Engineering in Medford, Massachusetts (US) recently reported on the arrangement of individual atoms in a metal alloy and their ability to catalyse hydrogenation reactions.

Hydrogenation requires the presence of a catalyst, usually a metal or an alloy of both precious and common metals, which allows the hydrogen atoms to bind with other molecules. It is difficult to produce alloys that are selective hydrogenation catalysts and able to attach the hydrogen atoms to specific sites of another molecule. Tufts chemists and chemical engineers reported that when single atoms of palladium were added to copper, which is much cheaper and readily available, the resulting "single atom alloy" became active and selective for hydrogenation reactions, according to a Tufts University press release.

The Tufts scientists scattered single atoms of palladium less than half a nanometer wide onto a copper support. For this research, the Tufts team heated small amounts of palladium to almost 1000 °C. At that temperature, individual atoms embedded themselves on the copper surface. A scanning tunneling microscope enabled the team to see how these single atoms dispersed in the copper and how molecular hydrogen could then dissociate at individual, isolated palladium sites and spill over onto the copper surface layer.

Specifically, the researchers used desorption measurements in combination with high-resolution scanning tunneling microscopy to show that the individual, isolated palladium atoms in a copper surface substantially lowered the energy barrier to both hydrogen uptake on and subsequent desorption from the copper metal surface. The hydrogen dissociation at the palladium atom sites and weak binding to copper allowed for very selective hydrogenation of styrene and acetylene, as compared with pure copper or palladium metal alone (1).

A team of University of Arkansas (US) researchers reported on using visible-light photocatalysis with a ruthenium catalyst to produce a building block for in pharmaceutical synthesis. Specifically, the researchers reported on a visible-light-mediated intermolecular [3+2] cycloaddition of mono- and bicyclic cyclopropylamines with olefins catalysed by [Ru(bpz)3](PF6)2 {2 H2 O to produce aminocyclopentane derivatives in good yields. Saturated 5,5- and 6,5fused heterocycles were obtained in synthetically useful yields and diastereoselectivity (2).

Heterocyclic compounds are important in pharmaceutical applications, and researchers at the California Institute of Technology (Caltech) (US) recently reported on an advance in the synthesis of such compounds. They reported on their work in the enantioselective construction of quaternary N-heterocycles by palladium-catalysed decarboxylative allylic alkylation of lactams (3).

"We think it's going to be a highly enabling reaction, not only for preparing complex natural products, but also for making pharmaceutical substances that include components that were previously very challenging to make," said Brian Stoltz, professor of chemistry at Caltech, in a university press release. "This has suddenly made them quite easy to make, and it should allow medicinal chemists to access levels of complexity they couldn't previously access.

Specifically, the researchers reported on the highly enantioselective palladiumcatalysed decarboxylative allylic alkylation of lactams to form 3,3-disubstituted pyrrolidinones, piperidinones, caprolactams and structurally related lactams. The researchers assert that the synthesis provides a new approach for the asymmetric synthesis of such structures, an important development given the prevalence of quaternary N-heterocycles in biologically active alkaloids and pharmaceutical agents. The researchers reported that the catalysis provided enantiopure quaternary lactams that intercept synthetic intermediates previously used in the synthesis of the Aspidosperma alkaloids, quebrachamine and rhazinilam, but that were previously produced by chiral auxiliary approaches or as racemic mixtures (3).

Codexis, a biocatalysis company, reported last month on its work with Merck & Co. for developing an enzyme-based production method for a key intermediate in the production of boceprevir, the API in Merck's Victrelis, a drug to treat hepatitis C. The companies reported on a chemoenzymatic process for manufacturing the boceprevir bicyclic proline intermediate based on amine oxidasecatalysed desymmetrisation. The key structural feature in boceprevir is the bicyclic proline moiety, which during development stages, was produced by a classical resolution. As the drug candidate advanced, Codexis and Schering–Plough (now Merck) jointly developed a chemoenzymatic asymmetric synthesis where the net reaction was an oxidative Strecker reaction. The key part of the reaction sequence is an enzymatic oxidative desymmetrisation of a prochiral amine substrate (4).

According to Codexis, the new method increased chemical intermediate yield 150% over the previous process. It also reduced raw material use by 60%, water use by 61% and overall process waste by 63%. Codexis used its proprietary CodeEvolver directed evolution technology to develop the custom enzyme for use in the commercialscale manufacturing of the boceprevir intermediate.

Codexis had earlier partnered with Merck & Co. for another biocatalytic route. In 2010, Merck and Codexis reported on the biocatalytic asymmetric synthesis of chiral amines from ketones in the manufacture of sitagliptin, the API in Merck's antidiabetes drug Januvia. The biocatalytic process replaced a rhodium-catalysed asymmetric enamine hydrogenation for the largescale manufacture of sitagliptin. The researchers started from an (R)-selective transaminase that showed slight activity on a smaller truncated methyl ketone analogue of the sitagliptin ketone. After creating this transaminase, which had marginal activity for the synthesis of the chiral amine, they further engineered the enzyme through directed evolution to optimise its use for large-scale manufacturing (5–8).

The initial (R)-selective transaminase was a homologue of an enzyme from Arthrobacter sp., which was previously used for (R)-specific transamination of methyl ketones and small cyclic ketones. For the sitagliptin synthesis, the researchers generated a structural homology model of this transaminase and found that the enzyme would not bind to the prositagliptin ketone because of steric interference and potentially undesired interactions. The evolved transaminase was a successful biocatalyst that synthesised the chiral amines that previously were accessible only through resolution (5–8).

Codexis and Merck were recognized in 2010 with an Environmental Protection Agency's Presidential Green Chemistry Challenge Award, an annual recognition of advances in green chemistry. Codexis also submitted for consideration in 2010 and 2011 a biocatalytic route for making simvastatin, the active ingredient in Merck & Co.'s anticholesterol drug Zocor, which is now off patent (5, 8, 9).

For the simvastatin route, Codexis licensed technology from Yi Tang, professor in the Department of Chemical and Biomolecular Engineering at the University of California at Los Angeles (US). The previous synthetic routes to simvastatin involved converting lovastatin into simvastatin by adding a methyl group that required protecting and then deprotecting other functionalities in the lovastatin molecule in a multistep synthesis. In the first route, lovastatin was hydrolysed to the triol, monacolin J, followed by protection with selective silylation, esterification with dimethyl butyryl chloride and deprotection. The second route involved protecting the carboxylic acid and alcohol functionalities, methylating the C2´ carbon with methyl iodide, and deprotecting the product. These routes were inefficient because they produced less than 70% overall yield and were mass-intensive due to protection and deprotection (5, 8).

The route developed by Tang and his group circumvented protection and deprotection and resulted in greater atom economy, reduced waste and overall less hazardous reaction conditions. First, they cloned LovD, a natural acyltransferase produced by Aspergillus terreus that is involved in synthesizing lovastatin and that can accept nonnatural acyl donors. Recognising that LovD might be a type of simvastatin synthase and a starting point for creating a new biocatalytic process, they evolved the enzyme toward commercial utility (5, 8–10). Codexis licensed Tang's technology, engineered the enzyme further and optimised the process for pilot-scale simvastatin manufacture.

Codexis is an example of a firm specialising in biocatalysis. Another is evocatal GmbH, which was founded in 2006 as a spin-off of the Institute for Molecular Enzyme Technology at the University of Düsseldorf (Germany) in the Research Center Jülich. Last November, evocatal issued a carbon–carbon coupling kit using thiamine pyrophosphate-dependent (TPP) enzymes to produce enantiopure 2-hydroxy-ketones, an important intermediate class for pharmaceutical syntheses. The kit includes seven different TPP-enzymes with the relevant cofactor.

Researchers recently reported positive clinical results for a targeted therapeutic nanoparticle as an anticancer therapy. The targeted nanotechnology-based, drugdelivery method is considered an important breakthrough in targeting and better controlling dosing of a chemotherapeutic agent.

The targeted polymeric nanoparticle (TNP) contained the chemotherapeutic docetaxel and was developed from a combinatorial library of more than 100 TNP formulations varying with respect to particle size, targeting ligand density, surface hydrophilicity, drug loading and drug-release properties (1). The targeted nanoparticle, BIND-014 is a nanomedicine that combines a targeting ligand and a therapeutic nanoparticle containing docetaxel encapsulated in biocompatible and biodegradable polymers. BIND-014 is targeted to the prostatespecific membrane antigen (PSMA), a cellsurface antigen abundantly expressed on the surface of cancer cells and on new blood vessels that feed a wide array of solid tumours. In preclinical cancer models, BIND014 was shown to deliver tenfold more docetaxel to tumours than an equivalent dose of conventional docetaxel. The increased accumulation of docetaxel at the site of disease translated to marked improvements in antitumour activity and tolerability, according to an April press release from the Prostate Cancer Foundation.

BIND-014 entered trials in January 2011. Phase I clinical trial was performed by researchers at the biopharmaceutical company BIND Biosciences, a company cofounded by Robert Langer, the David H. Koch Institute Professor in the Department of Chemical Engineering at the Massachusetts Institute of Technology (MIT) and Omid Farokhzad, director of the Laboratory of Nanomedicine and Biomaterials at Brigham and Women's Hospital, associate professor of anesthesia at Harvard Medical School.

"The initial clinical results of tumour regression even at low doses of the drug validates our preclinical findings that actively targeted nanoparticles preferentially accumulate in tumours," said Langer, in a MIT press release. "Previous attempts to develop targeted nanoparticles have not successfully translated into human clinical studies because of the inherent difficulty of designing and scaling up a particle capable of targeting tumours, evading the immune system, and releasing drugs in a controlled way."

The BIND-014 nanoparticles have three components: one that carries the drug, one that targets PSMA and one that helps evade macrophages and other immune-system cells. "This study demonstrates for the first time that it is possible to generate medicines with both targeted and programmable properties that can concentrate the therapeutic effect directly at the site of disease, potentially revolutionising how complex diseases such as cancer are treated," said Farokhzad in the MIT release. One of the challenges in developing effective drug-delivery nanoparticles is designing them so they can evade the body's normal immune response and reach their intended targets. "You need exactly the right combination of these properties because if they don't have the right concentration of targeting molecules, they won't get to the cells you want, and if they don't have the right stealth properties, they'll get taken up by macrophages," added Langer.

The Phase I clinical trial involved 17 patients with advanced or metastatic tumours who had already gone through traditional chemotherapy. To determine safe dosages, patients were given escalating doses of the nanoparticles. In the 48 hours after treatment, the researchers found that docetaxel concentration in the patients' blood was 100 times higher with the nanoparticles as compared to docetaxel administered in its conventional form. Higher blood concentration of BIND-014 facilitated tumour targeting resulting in tumour shrinkage in patients, in some cases with doses of BIND-014 that correspond to as low as 20% of the amount of docetaxel normally given. The nanoparticles were also effective in cancers in which docetaxel usually has little activity,. The researchers also found that in animals treated with the nanoparticles, the concentration of docetaxel in the tumours was up to tenfold higher than in animals treated with conventional docetaxel injection for the first 24 hours, and that nanoparticle treatment resulted in enhanced tumour reduction.

The Phase I clinical trial is still ongoing. BIND Biosciences is now planning Phase II trials, which will further investigate the treatment's effectiveness in a larger number of patients. 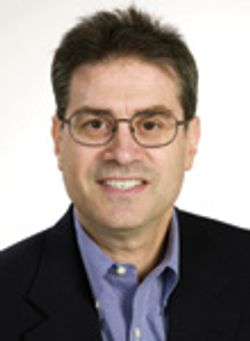 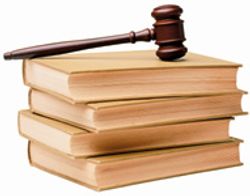 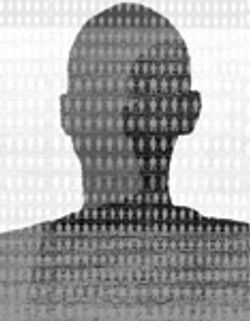