Uncertainty in the Workplace in Europe 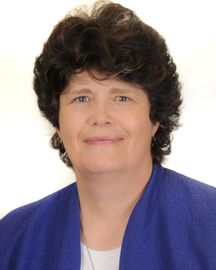 Industry mergers, acquisitions and downsizing contribute to uncertainty in job security in the European bio/pharmaceutical market.

This article was originally published in the December 2013 issue of Pharmaceutical Technology Europe magazine.

Amid the environment of a gradual economic recovery and continued consolidation of bio/pharmaceutical companies, scientists, technicians and professionals involved in drug development expressed a mix of muted optimism and stagnant employment options in an annual employment survey conducted by Pharmaceutical Technology Europe and its sister publication BioPharm International (1). The respondents represent a cross section of small- and large-molecule drug development from facilities in Europe.

In the past two years, have you been through a merger, acquisition, downsizing or restructuring?

In 2013, about half of the European respondents said they were involved in a merger, acquisition, downsizing or restructuring. This response represents a significant jump from 2012, when 36.1% of survey participants experienced similar company changes. In a survey of bio/pharmaceutical professionals in North America, respondents reported similar experiences with company restructuring. Respondents from other parts of the world, however, felt more secure in their jobs than their counterparts in Europe.

Since 2011, the number of respondents who expressed confidence in the security of their jobs has declined from 14.3% to 11.5%. The percentage of respondents who said they were less secure in their position versus the previous year dropped from 46.2% in 2011 to about 40% in 2013. More people reported no change.

Does your salary reflect a change over last year’s salary?

Rate your satisfaction with your current salary
(for your level of expertise and responsibility).

I am paid excessively

I am paid fairly

I am paid within market value, but at the low end of the range

I am paid below market value

However, respondents cited other factors as important to job satisfaction including intellectual stimulation, challenging projects or good work/life balance as “the main reason I come to work.”

Intellectual challenge and work/life balance were the two most important reasons respondents would change jobs, followed by professional advancement and salary. More than half were confident that they could find a job comparable to the one they currently hold; however, almost 35% said it may take a while to secure a comparable position. One-quarter said they expected a job search to be difficult.

However, when considering the outlook for the overall bio/pharmaceutical market in the short- and long-term, 37.5% of the respondents predicted that business will improve, compared to 45% who anticipated improvements in 2012. Interestingly, more survey participants expect business to improve overseas, but not domestically (21.8%)

Note: Due to rounding, some percentages may not add up to 100%. Some questions allowed multiple answers.