Engineered nanoparticles are being increasingly investigated as a way to improve medicinal products by overcoming problems with bioavailability, stability and toxicity.

Nanotechnology has infiltrated a number of consumer markets and represents a rapidly expanding multibillion dollar global market that is predicted by the US National Science foundation to be worth more than $1 trillion by 2015.1 In particular, nanotechnology has offered numerous benefits to the pharmaceutical and healthcare sectors, with many nanoenabled medical products now readily available (Table 1). Other nanotech innovations, including carbon nanotubebased RNA, DNA, protein and drug delivery systems are also in development.3 Indeed, between 2004 and 2005 there was a 60% increase in the number of nano-enabled products in the development pipeline and around 1000 or so products on the global market.4

Unfortunately, it is not yet clear whether nanomaterials may pose risks to human safety. Medically relevant nanomaterials can be a mixture of particles with biologically important size, charge distribution and chemistry characteristics, which makes it difficult to predict what effects they may have. In June 2007, the European Scientific Committee on Emerging and Newly Identified Health Risks recommended that the potential risks of nanoparticles be considered in light of evidence that they can cross biological barriers impervious to larger entities and their bulk equivalents;5 for instance, it is known that 20–50 nm nanoparticles can cross the blood brain–barrier and that 70 nm particles can cross into the pulmonary system. In addition, spherical fullerenes appear to accumulate in the liver.6,7

In this article, we consider whether existing in vivo approaches are predictive of the effects of nanoenabled products on human patients. The prospects for replacing animal studies with alternative models are also discussed.

For the purpose of this article, the term nanoparticle is used to describe a chemical, compound material or complex that has a unit size in at least one-dimension that does not exceed 100 nm. Nanoenabled therapeutic delivery systems, diagnostic or monitoring tools are nanodevices based on the definition of a medical device as given by the Medical Devices Directive 93/42/EEC.8

The problems with evaluating nanoparticles

The FDA has identified several concerns with regard to the toxicity screening of nanomedicines.9 Two of the main areas of concern are:

These concerns over animal studies is also shared by the Organisation for Cooperation and Economic Development (OECD) in France, which in 2009 undertook a review of the test guidelines to determine how far they applied to engineered nanomaterials.10 This preliminary survey revealed that, not only are many of the ecotoxicity guidelines unsuitable for the evaluation of manufactured nanomaterials, but that existing guidelines necessitating animal studies are poorly suited to estimating the risks to human health.

Nanomaterials display physical and chemical properties that are often distinct from their macroparticle counterparts. For instance, the small particle size corresponds with a highsurface area/mass ratio, which means that, not only are nanoparticles likely to be more reactive because of their quantum properties,11 but that they are more likely to agglomerate, react with biomolecules or migrate into specific cells, tissues or organs.12,13 The properties of nanoparticles may also affect the offload amount and location of any drug they may be carrying.14

All of these factors confound the effective prediction of human drug and nanomaterial bioavailability and biokinetics, which makes a fundamental understanding of differences between test species and humans crucial. This might involve studies in ex vivo tissues and complex cellbased models rather than single cell type cultures, as the latter are unlikely to be indicative of effects on organs or to give a holistic overview of what might be a broad range of physiological events. Whilst there is already some indication of how readily different types of carbonbased nanomaterials accumulate in different tissues,15 the limited longevity of these models cannot, at present, assist with evaluating bioaccumulation following longterm exposure. In addition, we are only just beginning to understand how the physicochemical properties of nanomaterials relate to their bioavailability and biokinetics.16 As explained below, key differences between species may also lead to questions regarding the effectiveness of traditional animal studies.

Liposomal transdermal delivery: evaluating the state of the art

As seen with one antigenic material, ovalbumin, delivery through the skin rather than intramuscularly can result in a much stronger immune response.17 However, there is substantial evidence that the skin immune system, varies between species and dictates the nature and strength of immune responses.18

The barrier functions of human and laboratory animal skin differ; for example, human skin has hair follicles that are approximately four times the diameter of the follicles of most laboratory species, and there are notable species differences in lipid composition and elasticity.19 These disparities may have unknown and complex implications for nano-enabled transdermal delivery; for example, despite similar ceramide lipid compositions in human and pig skin, fourier transform infrared spectroscopy has revealed that lipids are organised into tighter orthorhombic lattice arrays in the human stratum corneum, rather than hexagonal arrays as seen in the stratum corneum of pig skin. This will affect the intercellular transdermal passage of nanosized vesicles.20 Furthermore, there are a number of reports of positively charged liposomes being peristaltically pumped deep into hair shafts, whilst lipid composition may affect the fusion of lipids with skin oils.21

Because of these differences, researchers are beginning to look to constructing in vitro models from human blood cells that represent population immunogenic responses.22,23 Human skin models that incorporate immune cells, and possess good barrier function, hair follicles and other skin openings could be important in determining skin penetration and the activity of nanoenabled medical products.

Inhalation and oral routes are becoming increasingly preferred compared with parenteral routes of delivery. Inhalation safety evaluation is normally conducted in rodents, often with lethality as an endpoint. However, a vast body of research indicates that these nanoenabled products may be deposited in different airway regions in rats compared with humans.24–26 In addition, exposure of the brain may be substantially higher than in humans as rodents possess a much more extensive olfactory system.27 This challenges whether the highdose exposure of rats is informative of repeat, low-dose exposure, potentially over many years, in patients.

Similarly, the oral uptake of drugs delivered via liposomes will also be influenced by factors that will vary between species, such as gut peristalsis, pH and the density of M cells in the Peyer's patches of the gut mucosa, which are facilitating immune responses to pathogens.

There are also crucial differences between species in the systemic distribution and rate of clearance from the blood. For example, liposomes composed of hydrogenated phosphatidylcholine of below 400 nm diameter result in activation of the complement system in rats and an increased hepatic uptake of opsonized liposomes, which facilitates liposome degradation and uptake into liver phagocytic macrophages.28 In mice, however, hepatic uptake appears to be opsoninindependent,29 suggesting that liver macrophages are not engaged. Further differences include the proportion of different circulatory immune cells in the blood, as seen in humans and mice.30

Differences between species challenge how information from animal studies can be extrapolated to humans. One possible alternative to animal tests is to conduct studies on isolated tissues; for instance, the Netherlands Organization for Applied Scientific Research models — which use porcine tissue to replicate the functions of the human stomach, small intestine or large intestine — yield data for oral drug uptake that demonstrate good in vivo correlation.31 By facilitating the assessment of various parameters at a level of detail that is often not possible during in vivo animal studies, models such as these could help determine key differences between species and assist the development of adjustment factors to improve the estimation of human bioavailability.

Another alternative could be to use microfluidics and other biology-based approaches; for example, it is possible for cell and tissue-based models to be connected by a microfluidics network that enables the trafficking of nanomaterials between different 'organs'. The holistic effects can then be simulated in the laboratory and computer models, and be used to determine effects in patients exposed to nanomaterials for any length of time.

With its rapid growth and migration into so many industries, nanotechnology could represent the biggest boom in history. If the bubble is not to burst before this happens, however, it is vital that nanotechnology results in safe and effective products. To achieve this, it is essential that the traditional paradigms of drug development are revisited to ascertain the value of the methodologies used and to ensure that the evaluation of nanoenabled technologies is predictive of human safety. These approaches are increasingly likely to be based on humancentric models rather than traditional animal experiments.

Nirmala Bhogal is Scientific Director at the Fund for the Replacement of Animals in Medical Experiments (FRAME) in Nottingham (UK). Nirmala@frame.org.uk

5. Scientific Committee on Emerging and Newly Identified Health Risks, Opinion on the appropriateness of the risk assessment methodology in accordance with the technical guidance documents for new and existing substances for assessing the risks of nanomaterials (2007). http://ec.europa.eu

10. Organisation for Economic Co-operation and Development, Joint Meeting of the Chemicals Committee and the Working Party on Chemicals, Pesticies and Biotechnology (July, 2009). www.oecd.org 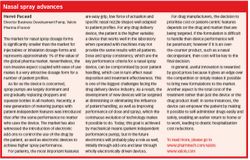 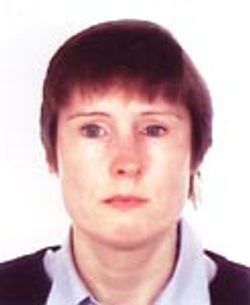 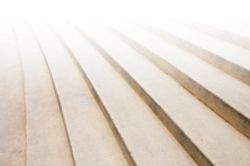