Aesica in an Expansion Mode

The CMO Aesica has used a combination of organic growth and acquisitions to build its business and is seeking to expand its geographic footprint.

Decisions on how to build and sustain growth are at the heart of any company’s strategy. The CMO Aesica, based in Newcastle-Upon-Tyne in the United Kingdom, has used a combination of organic growth and acquisitions to grow the company from its founding in 2004 with an initial focus on contract API manufacturing to a company of approximately 1300 employees offering formulation development, API manufacturing, and finished product manufacturing and packaging.

These acquisitions were followed by internal investment to expand its manufacturing capabilities. In November 2011, the company opened a new $4.6-million high-potency manufacturing facility in Queenborough for formulated products. The facility, which includes suites for blending, compression, and blistering, is capable of producing SafeBridge Category 3 and Schedule II controlled drugs. The company later upgraded its API manufacturing facilities in Cramlington and Queenborough to manufacture high-potency APIs at a commercial scale in Cramlington and on small-scale in Queenborough. The new facilities can produce high-potency APIs in quantities of 1– 200 kg. Further investment in 2013 will equip Aesica to produce batch sizes up to 600 kg. The company also is completing an expansion of the capacity of its Queenborough facility by 1 billion tablets per year. It is expected to be commissioned at the end of 2013.

Aesica most recent move, made in 2011, expanded its finished-product manufacturing capacity. It acquired the former manufacturing facilities of UCB in Monheim and Zwickau, Germany, and Pianezza, Italy to enhance its injectables and oral liquid dosage capability and to add hard-encapsulation technology. The acquisition also added to the company’s packaging capabilities and enabled it to operate a dedicated line purely for the Japanese market. With the acquisition, Aesica also secured a long-term supply agreement with UCB.

Building its manufacturing capacity has been a focus of the company as has advancing its scientific partnerships. In 2012, the company formed the Aesica Innovation Board, comprised of experts from within Aesica, technology-based firms, and academia, to help stimulate pharmaceutical innovation in API manufacturing, formulation development/drug delivery, and finished-product manufacturing. The goal of the partnerships is to facilitate ways in which pharmaceutical companies can operate more competitively and efficiently, overcome technical and processing barriers, establish more sustainable manufacturing methods, and innovate drug-delivery systems and/or formulations. “The Innovation Board is part of strategy to develop technology as well as create a culture for scientific and manufacturing innovation,” explains Alan Raymond, sales and marketing director at Aesica.

To that end, Aesica formed a partnership with EmulTech to access EmulTech’s sterile emulsion technology for microencapsulation (ET4ME). EmulTech, a spinout of Eindhoven University of Technology in the Netherlands, uses microfluidic processes to create microparticulate suspensions. The technology is used for injectables, including depot injections for sustained release, to achieve uniform droplet size, loading, and morphology. Aesica contributed an aseptic protocol in applying the technology, which was used to develop a dosage form for an acid-resistant nonsterile suspension for a particular client although the technology also can be applied to sterile products.

In 2012, Aesica formed a pact with the Center for Pharmaceutical Engineering Science at the University of Bradford in the UK. Under the partnership, the center offers processing technologies, including hot-melt extrusion, and Aesica supplies formulation expertise and manufacturing capacity and expertise for GMP clinical-trial supplies. The company is also partnered with the University of Durham and the University of Leeds in the UK for developing new or improved routes for API manufacturing. To that end, the partners developed a detailed kinetic study and based on the study, a new flow process is being developed before being scaled up at Aesica’s Cramlington plant. Also, earlier this year, Aesica partnered with the University of Nottingham in the UK for the commercial development of routes for amide-bond synthesis.

Looking ahead, Raymond notes that the company is seeking to build its global footprint. “We are evaluating expansion in the United States to build our assets in both API and finished product manufacturing,” he says. Outside the US, the company is looking to expand into one of the BRIC (i.e., Brazil, Russia, India, China) regions, with primary emphasis on India, China, or Latin America. 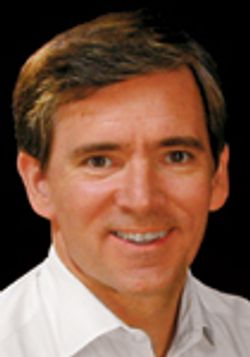