Published on: September 1, 2014
Cynthia A. Challener

The African pharmaceutical market is growing at approximately a 10% compound annual growth rate and is expected to reach $42 billion by 2020, according to IMS Health. Such numbers are attracting pharmaceutical companies looking to expand their global footprint. To be successful in this very fragmented and emerging market, however, manufacturers of biologics must be aware of the many challenges that drug companies face when entering this region, as well as the issues specifically associated with these very sophisticated therapeutics. Most importantly, those firms that want to benefit from the anticipated growth in Africa must be willing to overcome the challenges and start investing in having a presence today, or risk being outcompeted by local and international firms in the future, says Dan Rosen, consultant with IMS Health’s Thought Leadership Group.

Targeting the right markets
“Africa is becoming a major emerging economy as growth in other countries in Asia, such as India and China, begins to slow. Even in just the last 10 years there has been a major shift in the economic and political conditions in many African countries,” notes Rosen. Unfortunately, he adds that many myths about the continent persist, and often the advances that have been achieved are not understood or recognized in the West. He points to the Ebola outbreak as a good example; while many assume it is a problem across the continent, the virus is only currently present in three countries, none of which are major growth markets in economic terms.

Making such general assumptions and ignoring the fact that Africa is comprised of more than 50 distinct countries is a big mistake for biopharmaceutical manufacturers looking to enter Africa. There are big differences between the countries in the northern, middle, and southern parts of Africa, differences from country to country, and even differences within countries on a tribal basis. The region can also be viewed from the perspectives of language, religion and cultural ties, English and French colonial histories, and trade blocks. Companies must also consider the public (government and non-government organization [NGO]-funded markets) and private markets within countries.

In addition, because biologics tend to be very expensive, biopharma manufacturers must carefully consider their target markets, according to Sarah Rickman, director of the IMS Thought Leadership Group. “Except for vaccines and insulins, most biologics will only be purchased privately by wealthier individuals that have insurance,” she adds. Countries with such populations include Algeria, South Africa, and some sections of Egypt, and the larger sub-Saharan African countries. Within these countries, the facilities where the people who can afford biologics drugs can get treatment are typically concentrated in cities with larger populations.

Vaccines for the prevention of infectious diseases and insulin products, which are currently in demand due to a growing epidemic of Type II diabetes, particularly in Kenya and South Africa, are often purchased by governments and NGOs at reduced prices. Biologics manufacturers should not ignore the potential opportunities in selling to governments, though. “While the margins are often much lower, the volumes are much larger than is possible in the private sector and there is real potential to establish brand recognition,” Rickman explains.

She also suggests that biopharmaceutical manufacturers be prepared for the fact they won’t be doing “business as usual” in Africa and pick their battles very carefully. For Rosen, that means looking at the 5-10 largest markets and focusing on the largest cities within them.

Numerous challenges
Both small- and large-molecule drug manufacturers face challenges in getting their products to the market and to patients. “The healthcare infrastructure is not established like it is in mature markets, and there are many issues that must be addressed regardless of the type of drug, such as the lack of patient awareness and limited access to healthcare,” Rickman observes. She adds that often patients prefer to receive treatment from local healers, even for serious illnesses, and thus early diagnosis does not often occur. Furthermore, many people prefer to receive local medicines rather than take drugs manufactured by western companies.

The lack of an adequate distribution system is another factor that pharmaceutical companies must be willing to address, either by investing in the supply chain directly or finding partners to assist them. “Often people in Africa pay higher prices for original branded drugs than anywhere else in the world due to the numerous markups that occur as the products travel from the manufacturer to the patient. Therefore both availability and price are critical issues. Drug manufacturers must ensure that their products are not only getting to patients, but are at relatively affordable prices,” Rosen asserts.

There are added complexities for biopharmaceuticals. For example, supply chain concerns are exacerbated for biologics because of cold chain issues. “Often there are no facilities with reliable temperature controls, which complicates the shipment of many biotherapeutics,” comments Rickman. She adds that needle reuse/collection is another concern with biologics.

There is also a lack of doctors that are trained to diagnose diseases that require treatment with biologics drugs, such as autoimmune and oncology-related diseases. “Highly trained specialists are required to prescribe biologics drugs, as are facilities with the capabilities to administer them, and there are very few of both in Africa currently,” says Rosen. He notes, however, that the latter issue is beginning to be addressed, with venture capital groups investing in the construction of private hospitals in large population centers. Nonprofits are doing so as well, such as Aga Khan Health Services, which has constructed health care facilities in Kenya, Tanzania, and Uganda, as well as many other developing nations.

Importance of going local
The most successful western pharmaceutical companies operating in Africa today¾Sanofi and GlaxoSmithKline are two key examples¾have made sure that they have local people involved in the decision-making process, according to Rickman. “Whether setting up an affiliate with local offices or partnering with a domestic pharmaceutical manufacturer, biologics companies looking to participate in the African market must set up their businesses so that local people with knowledge of the market can make decisions without having to get everything approved by someone back at headquarters,” she adds. Of course, as the business becomes more decentralized, more local talent is needed, which can pose a separate challenge.

Low-cost competition
The high cost of biologic drugs has created an opportunity for companies from low-cost regions of the world, particularly China and India, to provide non-original biologic drugs (not biosimilars, but copies) to the African market. While the quality of these drugs is typically below that of the originator products, they have made inroads in some areas and are expected to build market share over time.

Need to act now
Despite the many challenges outlined above, IMS Health believes that the potential for real growth of the African pharmaceutical market is strong, and the environment is definitely positive. “The market is dynamic and changing very rapidly. Within just five years, we expect that the population in Africa that will be able to access and afford advanced drugs will be much larger. Companies that do not establish a presence now will find it very difficult to compete against manufacturers with established brands and low-cost suppliers in the future,” Rosen concludes. 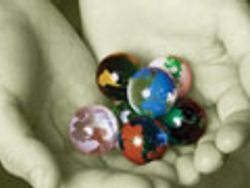 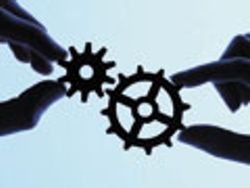 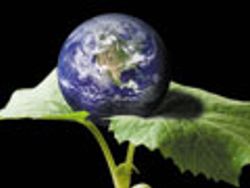