The latest pacts from the pharmaceutical supply chain.

Basel, Switzerland (July 2)— and (Vienna)formed a strategic alliance for vaccines. This new collaboration comes after Novartis signed in 2006 a marketing and distribution agreement with Intercell for IC51, a new vaccine currently in Phase III trials preventing infections from the Japanese encephalitis virus.

Under the new agreement, Novartis secured opt-in rights to all future vaccine candidates discovered by Intercell during the long-term collaboration. Among the various Intercell projects eligible to Novartis are the IC43 vaccine candidate for patients with hospital-acquired pseudomonas infections, which is now in Phase II trials, and the preclinical vaccine IC47 against pneumonia infections in the elderly and infants.

The alliance will specifically focus on the development of vaccines derived from Intercell's Antigen Identification Program (AIP), including IC31 adjuvant technology in selected areas. Intercell's AIP approach is complementary to the Reverse Vaccinology system used by Novartis, which selects vaccine candidates based on highly conserved antigen sequences.

Intercell has responsibility for all costs through the end of Phase II clinical trials, and Novartis will assume responsibilities for Phase III development, manufacturing, and commercialization for any projects chosen during the collaboration. Novartis also gained exclusive rights to further develop the next-generation IC31 adjuvant in enhancing the effectiveness of influenza vaccines. An influenza vaccine formulated with this adjuvant began Phase I trials in June 2007. Rights have also been gained to develop IC31 in other disease areas.

Novartis will make an upfront payment of EUR 270 million ($367 million) to Intercell for exclusive opt-in rights for any existing unpartnered vaccine project or any future projects following the completion of Phase II clinical trials. This upfront payment includes the purchase of 4.8 million new Intercell shares, which will increase Novartis's equity stake in Intercell to 16.1% from the current 6.1% acquired at the time of the IC51 vaccine agreement in 2006. The agreement is subject to customary regulatory approvals, including those in the United States.

Cambridge, MA (July 2)— and (Philadelphia,PA) agreed to jointly develop lixivaptan, an oral compound expected to enter a Phase III clinical trial this year for the potential treatment of hyponatremia in patients with congestive heart failure. The agreement is expected to become effective in the third quarter of 2007, and is subject to customary approvals and closing.

Under terms of the agreement, Cardiokine will receive a $50-million upfront payment and up to $170 million in additional milestone payments for the successful development and global commercialization of lixivaptan, as well as royalties on commercial sales. Biogen Idec will be responsible for the global commercialization of lixivaptan, and Cardiokine will have an option for limited copromotion in the United States.

Eden Praire, MN (June 27)— and (Whitehouse Station, NJ) announced a license and research collaboration agreement for the joint development and commercialization of the "I-vation" sustained drug-delivery system with triamcinolone acetonide and other products that combine proprietary drug compounds of Merck with the I-vation system for treating serious retinal diseases.

Under the terms of the agreement, Merck will lead and fund development and commercialization activities for the SurModics I-vation drug delivery platform in combination with triamcinolone acetonide and proprietary Merck compounds. SurModics will receive an upfront licensing fee of $20 million and will be eligible to receive up to an additional $288 million in fees and development milestones associated with the successful product development and attainment of appropriate US and EU regulatory approvals for these new combination products. Merck will reimburse SurModics for its development activities, and SurModics will manufacture and supply clinical and commercial products. SurModics will also receive royalties on product sales.

Abbott Park, IL (June 26)—and (South San Francisco, CA) formed a collaboration for the global research, development, and commercialization of two of Abbott's investigational anticancer compounds: ABT-263 and ABT-869. Beyond those two compounds, scientists at the two companies will conduct additional follow-on research in the area of Bcl-2 family protein antagonists and VEGFR-targeted (vascular endothelial growth factor receptor) kinase inhibitors.

Cumberland, UK (June 22)—and the PNA Inventor Group entered into a nonexclusive licence agreement to allow Link Technologies to manufacture and sell monomers for peptide nucleic acid (PNA) synthesis worldwide under the PNA Inventor Group's patents. PNAs are oligonucleotide analogues in which the standard sugar-phosphate backbone of DNA is substituted with a pseudo-peptide backbone. PNAs have numerous identified and proposed applications in molecular biology procedures, diagnostic assays, and antisense and antigene therapies. Initially, Link will offer Fmoc/Bhoc protected PNA monomers. These monomers are compatible with commercial automated oligonucleotide, peptide, and combinatorial synthesizers. It is anticipated that these products will be available from July 2007.

Buffalo Grove, IL (June 21)— signed an exclusive drug-development and supply agreement with (Mumbai, India) for an oral abbreviated new drug application (ANDA) drug product to prevent organ- transplant rejection. Under the terms of the agreement, Cipla will develop, manufacture, and supply the drug product, and Akorn will conduct the bioequivalency clinical trial, ANDA regulatory submission, and marketing and distribution in the United States. Akorn expects to launch the product in late 2009.

Chineham, Basingstoke, Hampshire, UK (June 20)— will acquire the exclusive development rights to "Daytrana," (Miami, FL) new transdermal patch for ADHD. Daytrana was developed and is manufactured by Noven and was launched by Shire in June 2006. As part of the agreement, Shire made a $5.9-million milestone payment to Noven.

San Diego, CA (June 20)—was selected by (Atlanta, GA) to manufacture its HIV-1 DNA vaccine. Althea will manufacture material to be used in Phase II trials scheduled to begin in early 2008.

Saugus, MA (June 19)—signed a collaboration agreement with (Mississauga, ON, Canada) to develop palatable drug products. The collaboration will give Senopsys's clients access to prototype drug formulations manufactured by Patheon, and Patheon will give its clients taste assessment and optimization services.

Washington, DC (June 14)— awarded two contracts totaling $132.5 million to (Lyon, France) and (Gaithersburg, MD) to retrofit their influenza-vaccine manufacturing facilities. Sanofi Pasteur, the vaccines division of the (Paris), received a $77.4-million contract and plans to contribute an additional $25 million. MedImmune was awarded $55.1 million and plans to contribute an additional $14 million. The overall project includes design, retrofit, and facility maintenance so that the companies can switch to pandemic influenza-vaccine manufacture upon a request from the government.

Sanofi plans to begin the design phase immediately, with the retrofit starting as soon as the new influenza-vaccine manufacturing facility is operational and licensed by the (Rockville, MD). The company's existing facility will be phased out and decommissioned for the retrofit. Once both facilities are validated, the company's capacity will increase threefold.

The contracts are part of HHS's Pandemic Preparedness Plan, which was issued in November 2005 and outlines public-health preparedness and response activities for an influenza pandemic. According to the World Health Organization, 1–2.3 billion hospitalizations and 280,000–650,000 deaths could occur in the next influenza pandemic in industrialized nations alone. HHS hopes to stockpile enough prepandemic influenza vaccine for 20 million people.

Kalamazoo, MI and Vienna (June 14)— contracted to manufacture ProNAi's PNT2258 DNAi-based cancer therapy. Polymun will use its propretary cross-flow injector technology to manufacture the therapy, for which ProNAi hopes to prepare an investigational new drug submission later this year.

London (June 13)—(GSK) pledged 50 million doses of H5N1 adjuvanted prepandemic influenza vaccine to the World Health Organization (WHO). The donation is part of WHO's stockpile initiative, which aims to create a stockpile of prepandemic vaccines that can be distributed to the world's poorest countries at short notice. GSK will deliver the vaccines over a three-year period.

Bothell, WA (June 11)—, a developer of nasal drug-delivery devices, and (Kenilworth, NJ), formed an agreement that expands Schering-Plough's evaluation of, and option for exclusivity rights to Kurve Technology's "Controlled Particle Dispersion" platform from a single field to multiple fields of use. Kurve Technology's Controlled Particle Dispersion contains six critical-to-function design parameters that enable the modification of deposition and droplet characteristics. 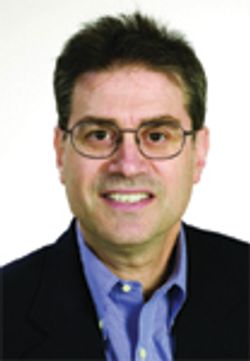 Stall Out in R&D Outsourcing
Regulatory and association news
Mergers, acquisitions, and restructuring