Mergers and acquisition activity on both a volume and value basis is up thus far in 2013 comparative to 2012.

Looking at the first eight months of 2013, mergers and acquisitions (M&A) in the biopharmaceutical industry have increased on both a value and volume basis compared to the same period last year. Although there were no megamergers in the industry, there were several noteworthy deals, including Amgen’s proposed $10.4-billion acquisition of the biopharmaceutical company Onyx Pharmaceuticals. Additionally the number and value of deals involving a single innovative drug or part of the company were up significantly in 2013 thus far, reflecting the tactical nature of biopharmaceutical dealmaking.

M&A activity on the rise

In 2013, average upfront payments represented 42% of the total potential values of transactions, compared to average upfront payments representing 26% of total potential transaction values in 2012. Overall, the number of privately held innovative therapeutics companies fell to 30 in the first eight months of 2013 compared to 39 in 2012, nearly a 25% decline, according to the Burrill analysis. “The resurgent IPO [initial public offering] market is providing alternatives to privately held biotechs that can access capital with attractive valuations,” said G. Steven Burrill, CEO of Burrill & Company, a global financial services firm focused exclusively on the life sciences, in the company’s September press release. “At the same time, though, acquirers are focusing more on buying assets rather than companies,” he added. The analysis found that a total of 55 transactions thus far in 2013 valued at $31.8 billion involved a single innovative drug asset or part of a company, compared to 26 such transactions worth $4 billion during the first eight months of 2012. Overall, life sciences M&A transactions were up 13.3%percent globally to $91.6 billion during the first eight months of 2013 compared to the period a year ago.

Thus far in 2013, there have been several noteworthy transactions. Amgen’s proposed $10.4-billion acquisition of the biopharmaceutical company Onyx Pharmaceuticals, is the largest therapeutics transactions of the year. In August 2013, seeking to build its oncology drug portfolio, Amgen agreed to acquire the biopharmaceutical Onyx Pharmaceuticals for $10.4 billion ($9.7 billion net of estimated Onxy cash). The deal is expected to close in the fourth quarter of 2013, subject to customary closing conditions and regulatory clearance. Onyx Pharmaceuticals has a growing multiple myeloma franchise, which includes Kyprolis (carfilzomib) for injection already approved in the United States. Onyx holds global rights to Kyprolis, excluding Japan. Kyprolis has orphan-drug designation in the United States with exclusivity until July 2019, and patents in the US that extend until at least 2025. In addition, Onyx has three partnered oncology assets: Nexavar (sorafenib) tablets (an Onyx and Bayer HealthCare Pharmaceuticals compound), anoral kinase inhibitor, approved in the US for unresectable hepatocellular carcinoma and advanced renal cell carcinoma; Stivarga (regorafenib) tablets (a Bayer compound), an oral kinase inhibitor, approved in the US for for metastatic colorectal cancer; and palbociclib (a Pfizer compound), an oral, small molecule cyclin-dependent kinase 4/6 inhibitor, now in Phase III trials, to treat ER+, HER2-negative advanced breast cancer. Amgen says that the acquisition of Onyx will add to Amgen's late-stage pipeline. This pipeline includes nine innovative products for which registration-enabling data are anticipated by 2016. Four of these products are oncology products. Onyx's pipeline complements Amgen's oncology portfolio, according to Amgen.

Also, in August 2013, Amgen closed on its deal with the French pharmaceutical company Servier under which Amgen has obtained commercial rights in the US to Servier's oral drug, approved in the European Union as Procoralan (ivabradine), for chronic heart failure and stable angina in patients with elevated heart rates. Amgen also received an exclusive option to develop and commercialize Servier's investigational molecule, S38844, for cardiovascular diseases in the US Currently, S38844 is in Phase II studies for the treatment of heart failure. Through the collaboration, Servier obtained an exclusive option to commercialize omecamtiv mecarbil in Europe. Omecamtiv mecarbil is an activator of cardiac myosin, which is currently being tested for potential applications in the treatment of heart failure in patients with systolic dysfunction.

Thus far, AstraZeneca has been active on the M&A front. In August 2013, MedImmune, the company’s biologics arm, agreed to acquire the biopharmaceutical company Amplimmune for $500 million with $225 million upfront and the rest contingent on the achievement of specified milestones. Amplimmune is a Maryland-based developer of cancer immunotherapeutics. The deal, which is subject to customary regulatory closings, is expected to close in the third quarter of 2013.

The acquisition will strengthen MedImmune’s oncology pipeline by obtaining multiple early-stage assets for its immune-mediated cancer therapy (IMT-C) portfolio, including AMP-514, an antiprogrammed cell death 1 monoclonal antibody (mAb). AMP-514 is in late-stage preclinical development, and Amplimmune expects to file an investigational new drug filing before the end of 2013. Other Amplimmune assets include multiple preclinical molecules targeting the B7 pathways.

Founded in 2007 and headquartered in Gaithersburg, Marlyand, Amplimmune is focused on developing costimulatory/co-inhibitory molecules that rebalance the immune system and are intended for treating cancer, autoimmune disease, infectious disease, and transplantation. Amplimmune has three biologic product candidates: AMP-224 is in Phase Ib trials in cancer; AMP-110 for autoimmune diseases in partnership with Daiichi Sankyo; and AMP-514 for cancer. The acquisition builds on MedImmune's oncology R&D activities. MedImmune’s oncology research is focused on IMT-C, a therapeutic approach that may lead to durable and prolonged response rates across a range of cancer types. IMT-Cs are being designed for the immune system to counteract the tactics employed by cancer cells to avoid detection and attack the body. MedImmune's clinical-stage program includes tremelimumab, an anti-OX40 mAb, and MEDI-4736, an anti-PD-L1 mAb. The acquisition of the Amplimmune technology and pipeline strengthens AstraZeneca's and MedImmune portfolio to enable the use of data-driven combinations of IMT-C molecules as well as combinations with highly targeted small molecules.

In another deal, in June 2013, AstraZeneca completed its $1.2-billion acquisition of Pearl Therapeutics, which is focused on the development of inhaled small-molecule therapeutics for respiratory disease. The acquisition gives AstraZeneca access to a potential new treatment for chronic obstructive pulmonary disease currently in late-stage development and inhaler and formulation technology that provides a platform for future combination products. The $1.2-billion deal included $560 million in upfront payments, $450 million in deferred compensation contingent on reaching certain development and regulatory milestones, and $140 million in sales payments, contingent on reaching sales thresholds.

In May 2013, AstraZeneca agreed to acquire Omthera Pharmaceuticals, a specialty pharmaceutical company based in Princeton, New Jersey, focused on the development and commercialization of new therapies for abnormal levels of lipids in the blood for $323 million ($260 million in cash and $63 million for Omthera’s cash balance). Omthera’s investigational product, Epanova, being developed for the treatment of patients with very high triglycerides, is a omega-3 free fatty acid composition that has been shown to bolster levels of eicosapentaenoic acid and docosahexaenoic acid in the blood. In addition to the cash payment, each Omthera shareholder will receive contingent value rights of up to approximately $4.70 per share, equating to approximately $120 million in total, if specified milestones related to Epanova are achieved, or if a milestone related to global net sales is achieved. This will bring the total potential acquisition cost to approximately $443 million. The transaction is expected to close in the third quarter of 2013. Also in April 2013, MedImmune, the biologics arm of AstraZeneca, acquired AlphaCore Pharma, an Ann Arbor, Michigan-based biotechnology company focused on the development of ACP-501, a recombinant human lecithin-cholesterol acyltransferase (LCAT) enzyme.

In a move to bolster its oncology portfolio, Johnson & Johnson completed its $1-billion acquisition of Aragon Pharmaceuticals, a privately held pharmaceutical discovery and development company focused on drugs to treat hormonally driven cancers. The acquisition includes Aragon’s androgen receptor antagonist program. Aragon’s lead product candidate is a second-generation androgen receptor signaling inhibitor, ARN-509, in Phase III development for castration-resistant prostate cancer (CRPC). Under the terms of the agreement, Johnson & Johnson is making an upfront cash payment of $650 million, plus additional contingent payments of up to $350 million based on reaching predetermined milestones.

In May 2013, GlaxoSmithKline acquired Okairos, a Swiss privately held developer of vaccine platform technologies for EUR 250 million ($325 million) in cash. GSK plans to use the vaccine platform in its of new prophylactic vaccines (designed to prevent infection) as well as new classes of therapeutic vaccines (designed to treat infection or disease). The deal also includes a small number of early-stage assets. 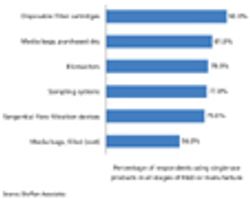