Biopharmaceutical executives share their perspective on the key issues influencing growth and innovation.

Access to capital, a burdensome and uncertain regulatory environment, and lack of innovation and productivity in R&D are the biggest threats to the biomedical industry’s growth during the next five years, according to biomedical company CEOs surveyed by the California Healthcare Institute (CHI), BayBio, and the management-consulting firm PwC US.

CHI represents more than 275 biotechnology, medical device, diagnostics, and pharmaceutical companies, and public and private academic biomedical research organizations. BayBio is Northern California's life-science association, which supports the regional bioscience community through advocacy, enterprise support, and the enhancement of research collaboration. Its members include organizations engaged in, or supportive of R&D and commercialization of life-science technologies. CHI and BayBio worked with PwC to collect and administer data for the 2012 CHI, BayBio, PwC California Biomedical Industry Survey. The survey was conducted in November 2011 and targeted approximately 100 companies that conduct business in California in the areas of pharmaceuticals, biotechnology, medical devices, diagnostics or medical equipment.

The CEO survey found that biomedical companies in California have sought diverse funding sources, divided almost evenly among government grants, angel investors, venture capital, licensing agreements, and partnerships.
“Biomedical companies have long relied on government grants and venture capital to finance innovation, but funding sources are shifting and companies will need to adapt to a new reality,” said Tracy Lefteroff, national life-sciences partner, PwC US, in a PwC US Jan. 10, 2012, press release. “While venture capitalists and angel investors will continue to be an important source of funding, it has become increasingly difficult for biomedical companies to gain access to them. Alternative sources of funding are emerging, which highlight shifting opportunities and dynamics in life sciences innovation.”

Other key findings from the survey showed:

The need to seek alternative or nontraditional funding sources is supported by recent global biotechnology financing trends. According to a recent analysis by Burrill and Company, on a global basis, life-sciences companies raised a total of $82.4 billion during 2011 in public financings, up from $65 billion in 2010. Debt financings dominated fundraising in both 2010 and 2011 and accounted for the overall fundraising growth in 2011. Global life sciences public equity financings (initial public offerings [IPOs], private investment in public equity,, and follow-on offerings) totaled just $16 billion, a 7.9% increase over the $14.8 billion raised in 2010, largely to follow-on financings in China, according to a Jan. 3, 2012, Burrill and Company press relese.

In the United States, public-equity financings in 2011 totaled $5.7 billion, down 17.4% from $6.9 billion a year ago. Fundraising slowed considerably in the US in the second half of the year as markets swung in the face of the European debt crisis and the debate in the US over the raising of the debt ceiling, the Standard and Poor's downgrade of U.S. credit, and the inability to reach agreement in Congress on how to reduce the budget deficit, according to the Burrill and Company release.

A total of 16 life-sciences companies went public in the US 2011. Together, they raised $1.4 billion. That compares to 20 IPOs in 2010 that raised a total of nearly $1.4 billion. As a group, the life- sciences IPOs of 2011 fell 29% from their initial offering prices as of the close of the year. Ten of the companies that went public in 2011 did so below their target price ranges and, as a group, these companies sold nearly 28% more shares than they had set out to sell while raising about 13% less than they had hoped

According to CEOs surveyed in the PwC US survey, FDA and regulation are the key issues affecting R&D. Eighty-one percent of CEOs also said that coverage and reimbursement issues are extremely important to the industry’s ability to advance biomedical research, innovation, and investment in California. In addition, 80% of CEOs surveyed do not believe that FDA has the best regulatory-approval process in the world, and three-quarters believe that within five years, another country could conceivably recreate the system that has made the United States. the leading biomedical region in the world. 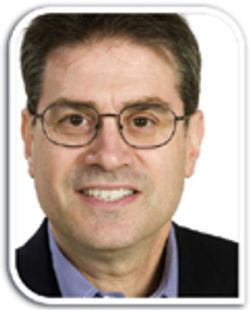