These are high times for contract development and manufacturing organizations (CDMOs) and contract research organizations (CROs). A record flood of external financing is flowing into the bio/pharmaceutical industry. Global bio/pharmaceutical companies are outsourcing more of their development activity, and FDA is being especially accommodating. R&D spending is growing, and the clinical development pipeline is really coming to life.

The explosion of development activity is pushing the contract services industry capacity to its limits, particularly for early development. Providers of preclinical research services, such as Charles River Laboratories and Covance, are rushing to reactivate capacity that was mothballed following the financial crisis. CDMOs that were fighting for survival two years ago are now telling clients there is a three- to six-month wait for a production slot.

To expand or not to expand
Despite the strong market environment, the decision to expand capacity is not an easy one for CDMO executives, who were burned twice in the past decade. After a period of robust activity in the late 1990s, funding and development activity declined sharply in the early 2000s as a result of the dotcom bust and some major clinical failures. Then just as things were recovering in mid-decade, the global financial crisis once again cut the product development pipeline to a trickle.

New manufacturing and analytical capacity can take a year or more to construct, equip, and validate, and in that time an upset in industry or macroeconomic conditions can leave CDMOs with a lot of unused capacity that still has to be paid for. So it is not surprising that CDMO executives are careful in committing to new capacity.

Executives’ concerns are warranted because the surge in funding that is propelling demand is driven by the skyrocketing valuations of biopharma companies. Valuations of publicly-traded bio/pharma companies (as measured by the Nasdaq Biotech Index) have climbed 300% since 2010, three times faster than the broader stock market (as measured by the S&P 500). Thanks to that surge in equity prices, nearly 60% of the increased external funding flowing into early stage bio/pharma companies has come from initial public offerings (IPOs) and secondary offerings by companies that are already public (see Figure 1). But the rapid run-up in bio/pharma stock prices has given rise to increased concern about whether the “biotech bubble” is about to pop.

Funding stability
PharmSource has been looking closely at the funding issue, and while the possibility of the biopharma bubble bursting is a concern, a disruption in industry funding activity is not likely to be as damaging today as it was in 2008. This optimism is based on several key observations:

Venture capital is not nearly as volatile as public financing. Venture capital funding for bio/pharma companies stayed fairly consistent through the financial crisis and has risen only gradually in the past several years. Global bio/pharma licensing activity will continue to provide an exit for venture capital investors even if public equity markets shrink.

The early-stage companies have plenty of cash. PharmSource analysis indicates that 70% of the public biopharma companies have more than two year’s cash on hand, assuming current levels of spending.

CDMOs, therefore, can expand with the confidence that demand for their services should remain robust for the foreseeable future. Capital for expansion should be readily available given market conditions and a growing willingness on the part of bankers to lend, but the biggest challenge for CDMOs will be getting enough technical and project management staff to meet the growing demand. CDMOs and contract labs are already hiring aggressively, and poaching of staff, fed by rising salaries, has become a big problem. This poaching is especially true for people with the higher-order technical skills needed for prime growth segments like advanced formulations and analytical services for biopharmaceuticals.

Restrained growth of capacity may not be the worst thing for CDMOs, however. Tight capacity conditions are likely to help CDMOs improve their profitability, just like they have for the airlines. After years of being beaten up on price by clients, especially the global biopharma companies, CDMOs and contract labs finally find themselves with some pricing power and the ability to improve their bottom lines. A healthy and profitable CDMO sector is in the best interest of the bio/pharmaceutical industry as outsourcing becomes increasingly core to its business model. 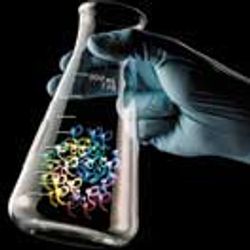