A roundup of news from fine-chemical suppliers, CDMOs, and CMOs from this year's installment of CPhI Worldwide.

Below is a roundup of news from exhibitors at CPhI Worldwide, which was held in Frankfurt, Germany, in late October 2011.

Aesica has opened a new analytical chemistry laboratory and GMP suite to extend and enhance its formulation-development capability. The new facilities at Aesica’s site in Nottingham, United Kingdom, include a dedicated analytical chemistry laboratory to test inhalation devices and a new GMP manufacturing suite, which will almost double the production capacity of clinical-trial materials across all dosage forms. Following the expansion in the UK, Aesica also plans to extend its formulation-development capabilities by launching a second site from within its formulated-products plant in Zwickau, Germany. The site specializes in the production of tablets, capsules, and pellet/beads and has a development laboratory. The launch of the new site is set for January 2012.

Ashland Specialty Ingredients, a commercial unit of Ashland, plans to add a GMP hot-melt extruder in its Columbia, Maryland, R&D center. The 18-mm Leistritz extruder will allow companies to scale up GMP clinical and commercial quantities produced by hot-melt extrusion. Ashland will finish installing and testing the equipment in the fourth quarter of 2011 and begin offering a full-service offering early in 2012. Earlier this year, Ashland completed its acquisition of the fine and specialty chemical company, International Specialty Products.

Ashland Specialty Ingredients also launched Aquarius coatings based on a natural colors palette. The coatings systems use colorants based on natural ingredients that are color-stable under light and storage conditions. The company also announced the availability of three new commercial grades of Benecel hypromellose (HPMC) excipients for use in the formulation of matrix tablets: HPMC K250 PH PRM, HPMC K750 PH PRM, and HPMC K1500 PH PRM.

BASF has developed a packaging system, PeroXeal, to protect its pharmaceutical excipient, Kollidon, which is based on polyvinylpyrrolidine, against contact with oxygen and subsequent oxidation. The system makes it possible to reduce the level of peroxide of Kollidon, thereby making the excipient suitable for use in oxygen-sensitive formulations as well. The PeroXeal packaging system consists of a multilayered and heat-sealed plastic film used as inner packaging material. The new packaging has been introduced for most Kollidon products at the company’s Luwigshafen and Minden, Germany, sites. BASF will offer all grades of the Kollidon line with the new technology starting by the end of 2013.

BASF also has developed a portfolio of high-purity iron salts for API manufacturing. Solutions for iron-deficiency anemia, phosphate management, and magnetic resonance imaging are gaining in importance. The new iron salts have trace-metal impurities at the single-digit ppm level, therefore keeping them in compliance with EMA directives. The salts are available in quantities ranging from kilograms to commercial volumes.

BASF also featured its new N-methylpyrrolidone Life Science (NMP Life Science), which is a NMP grade with a very low level of free amines in the range of 1 part per million, equivalent to 0.0001%. The company notes that the product can be used in the solid-phase synthesis of therapeutic peptides and raise yields by more than 15%. BASF also featured its NanoSelect platform technology, which has been used to develop platinum-based catalysts for selective aromatic nitro group hydrogenation. The company says the new catalysts show high nitro group hydrogenation activity with lower platinum requirements. Additionally, the NanoSelect platform technology has enabled the production of modified platinum catalysts with good selectivity in halo nitro aromatic hydrogenation reactions, according to the company.

BioVectra has expanded its cGMP facility in Charlottetown, Prince Edward Island, Canada, with the addition of a 1500-L fermentation unit for producing clinical and commercial products. The company will also be initiating production in a new wing dedicated to the manufacture of 50 metric tons of new drug substances and is in the design stage for the construction of new facility for manufacturing dedicated APIS. The initiatives are expected to completed in 2012.

The CPhI Innovation Awards were awarded to Glycotope (gold winner) for its development of the GlycoExpress platform technology to optimize the glycosylation of antibodies and other glycosylated biotherapeutics, Acuros (silver winner) for its disposable drug-delivery device that allows continuous delivery of small-volume parenteral drugs, and Johnson Matthey for its Catalyst Color-Tag Protein technology, which is used as marker for protein expression.

Codexis, a biocatalysis company, reports that its Codex screening kits are in use or evaluation at 50 pharmaceutical companies worldwide. The company introduced the kits in October 2010. The company reported that through Sept. 30, 2011, more than 10,000 kg of various enzymes have been manufactured by the company’s enzyme production partners. Smaller 10–100 kg quantities have been manufactured at the company’s Redwood City, California, facility.

GalChimia, a CRO that provides custom synthesis and drug-discovery services and Applus+ LGAI, the testing and laboratory division of Applus+, have formed a strategic alliance. The new organization, GalchimiApplus, will perform R&D, scale-up and small production, as well as analytical development and validation.

Hikal has started construction of a new, multipurpose, multiproduct API manufacturing facility, which is scheduled to be operational by June 2012. The plant will consist of two parallel streams and will accommodate 32 reactors with capacities ranging from 6 m3 to 10 m3 for a total reactor volume of approximately 300 m3 .

Hovione launched its Rapid Proof of Concept Study for the development of dry-powder inhalation products. The new service is intended to simplify the developing of formulations by producing a proof-of-concept formulation of a molecule in a few weeks.  Hovione also announced that it formed a nonexclusive, cooperative relationship with Bend Research, a formulation-development company. The collaboration gives Bend Research clients access to Hovione’s commercial-scale pharmaceutical facilities on a global basis and provides Hovione’s clients access to Bend Research’s oral drug-delivery, formulation, and engineering expertise.

Johnson Matthey has been granted a global license to the full range of Buchwald dialkyl- biaryl- mono phosphine and related bis-phosphine ligands. The licensed patents include both the composition of matter of the family of ligands and the processes for use of catalysts containing these ligands in transition-metal catalyzed carbon–heteroatom and carbon–carbon bond-forming reactions.

Novozymes accepted an offer on Oct. 27, 2011, to divest Novozymes Biopharma Sweden to American-owned Repligen Corp. Earlier this year, Novozymes announced that the company has been looking for a potential spin off or divestment of its AMP (antimicrobial peptide) projects such as plectasin and arenicin.

Novozymes also featured its ICH Q7 cGMP grade of hyaluronic acid (HA), a new Bacillus-derived grade to improve processing and formulation of HA for medical-device and pharmaceutical applications. The HA is produced at a new Novozyme facility in Tianjin, China, and is produced using a water-based process that is free of animal-derived components and organic solvents. The HA will be commercially available in December.

Patheon reports that Boehringer Ingelheim has awarded the company two projects with combined revenues of more than $18 million during a three-year period. The projects are both fixed-dose combination drugs in development for treating Type II diabetes.

Piramal Healthcare reports that it is performing commercial-scale antibody–drug conjugate (ADC) manufacturing at its Grangemouth, Scotland, facility. The company is currently evaluating plans to build out additional manufacturing suites to accommodate kilogram batch sizes. Several ADC-based therapies are in late-phase clinical trials, approximately one dozen are in Phase I development, and more than 20 are in preclinical development. Earlier this year, Piramal opened a new $400,000-quality-control laboratory suite at its facilities in Grangemouth to support its ADC portfolio.

Sigma-Aldrich reports that its custom manufacturing and services business unit, SAFC, has completed an assessment by SafeBridge Consultants and has been granted SafeBridge certification for its commercial-scale high-potency API (HPAPI) facility in Verona, Wisconsin. Constructed at a cost of $30 million and officially opened in April 2010, the Verona site was built specifically to support manufacturing for Phase III and commercial scales up to Category IV compounds. The SafeBridge assessment also included a successful recertification of SAFC’s nearby Madison, Wisconsin, high-potency facility.

Saltigo reports that it will build new production capacities for potent APIs at its facility in Redmond, Washington. The company will expand its production to produce and handle Category III substances. The capacity up to the kilogram range will become available at the beginning of 2012. 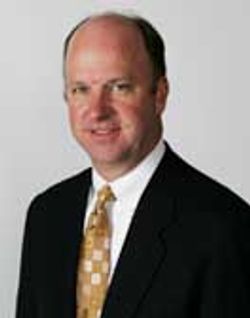 Pfizer Outlines Its Supply Strategy
CSR and Sustainability in the News