CPhI Worldwide, the large exhibition of contract manufacturers of active pharmaceutical ingredients (APIs), pharmaceutical intermediates, and fine chemicals, was held in Paris in early October, and many companies took the opportunity to announce investments in augmenting their services, products, and capabilities. Below is a roundup of developments from exhibitors at CPhI and the International Contract Services Expo (ICSE), an exhibition that is colocated with CPhI that also features contract manufacturers of finished drug-product manufacturing and formulation-development services.

Aescia (Newcastle, UK) is investing in a new high-containment facility in Queenborough, United Kingdom. The facility is scheduled to be completed in May 2011.

Almac (Craigavon, UK) is expanding its biocatalysis business with a $4-million investment for discovering new biocatalytic platforms and for other research areas. These areas include hyperactivation of biocatalysts to reduce enzyme loadings, drivers for cofactor recycles, and resolving problems with equilibriums.

Ash Stevens (Riverview, MI) is investing to expand its Riverview, Michigan, facilities. The expansion is part of an ongoing five-year, $20-million investment program. The company announced the latest expansion in July 2010, which involves the construction of a storage and materials-handling facility as well as the addition of reactor capacity.

BioVectra (Charlottetown, Prince Edward Island, Canada) is expanding its current good manufacturing practice (CGMP) microbial contract fermentation services at its facility in Charlottetown, Prince Edward Island, Canada. The expansion doubles the company’s capacity to handle clinical-stage projects and is expected to be completed in the fourth quarter of 2010.

Catalent Pharma Solutions (Somerset, NJ) reported on its Optiform compound-optimization platform, a solid-state and automated analysis platform for salt, crystal-form, and cocrystal screening. The platform was developed and refined during the past 10 years by GlaxoSmithKline (GSK, London) and has been applied to more than 500 compounds. GSK entered into an agreement with Catalent to use the Optiform platform to support its internal screening activities. The deal between Catalent and GSK was brokered by SR One, GSK’s corporate venture fund. The Optiform compound-optimization platform and team is part of Catalent’s Development and Clinical Services team of 300 based in Research Triangle Park, North Carolina.

Clariant (Muttenz, Switzerland) launched two replacement solvents, Highsol P99 and Highsolv E99, for use in organic synthesis. The solvents are designed as replacements for tetrahydrofuran, dichloromethane, toluene, and N-methyl-2-pyrrolidone. Clariant also launched Mevopur, a line of color and performance masterbatches and compounds for pharmaceutical packaging and medical devices.

Encap Drug Delivery (Livingston, UK), reported on receiving US and European patents for its DuoCap capsule-delivery system. The DuoCap system is a single oral dosage unit that consists of a capsule in-a capsule. The inner and outer capsules may contain the same API with multiple release profiles such as an immediate-release formulation from the outer capsule and a controlled-release formulation from the inner capsule. The system also is used to target different areas of the gastrointestinal tract respectively in the inner and outer capsules. It also can be used as a way of delivering combination drugs in which the APIs may be incompatible in a single capsule.

The European Outsourcing Awards, which were organized by Via Media UK in conjunction with Via Connect, were announced during the week at CPhI Worldwide in Paris in early October. DSM Pharmaceutical Products (Parsippany, NJ) was recognized for the most improved process by developing a biocatalytic route for a pharmaceutical intermediate. Catalent Pharma Solutions (Somerset, NJ) was recognized for the best contract-manufacturing project. The project used the company’s expertise in softgel technology, overencapsulation, and packaging for launching Duodart, a fixed-dose combination therapy.

The life-sciences division of SGS (Geneva) was awarded the best contract analytical project, which involved its new service for industrial gas analysis in pharmaceutical manufacturing. SGS worked with a large pharmaceutical company to develop the new service and deliver qualified and validated methods within six months. Patheon (Research Triangle Park, NC) and GlaxoSmithKline (London) were recognized for the most effective scale-up and technology transfer project. Indena (Milan), a producer phytochemicals, was awarded best new product for Meriva, a proprietary complex of curcumin. Agility (Basel, Switzerland), a global logistics provider, was recognized as a supply-chain management category winner.

Fermion, the contract-manufacturing arm of the pharmaceutical company Orion (Espoo, Finland), is investing EUR 5 million ($7 million) in its plant in Oulu, Finland, to expand its capabilities in high-potency manufacturing. The company conducted a SafeBridge precertification inspection in the third quarter of 2010. The expansion is expected to be operational in early 2012.

IDT Biologika (Dessau-Rosslau, Germany) is expanding its viral-vaccine production capacity with the addition of a new high-speed filling line and additional lyophilization capacity. The expansion is scheduled to be completed by mid-2013.

International Specialty Products (ISP, Wayne, NJ) is launching a high-purity crospovidone (Polyplasdone Ultra and Polyplasdone Ultra-10) in November 2010 as part of its toolkit for increasing the bioavailability of poorly water-soluble drugs. The product will be manufactured at its facility in Texas City, Texas. ISP recently published results of a study demonstrating the solubilization benefits of Polyplasdone crospovidione in formulations of poorly water-soluble drugs.

Novozymes Biopharma, part of Novozymes (Bagsvaerd, Denmark), developed and launched a recombinant source of sodium hyaluronate, which is not derived from animal-based raw materials. Sodium hyaluronate is traditionally derived from rooster combs or from strains of Streptococcal bacteria, which may potentially result in safety risks from animal proteins, viruses, or endotoxins, according to the company. Novozymes uses fermentation for producing Bacillus sodium hyaluronate. The product is used in drug formulations and may be used in drug-delivery systems, including nanocarriers, micelles, cross-linked hyaluronic acid molecules, hydrogels, powders, minipellets, implants, sponges, films, and conjugates. Novozymes is constructing a new CGMP facility for its Bacillus-based hyaluronic acid in Tianjin, China. The facility will make pharmaceutical-grade products. Large-scale GMP production is planned for the first quarter of 2011.

In other news, Novozymes reported that the US Food and Drug Administration has accepted a Type IV Master File for its recombinant albumin product, Albucult. The product is derived from the company’s proprietary yeast-expression technology.

Piramal Pharma Solutions, the contract manufacturing arm of Piramal Healthcare (Mumbai), completed the latest phase of its investment program to increase production capacity for antibody drug conjugates at its facility in Grangemouth, Scotland. The expansion will support the GMP production for the planned launch of new cancer treatment by an undisclosed US-based biotechnology company in 2011.

Purac (Gorinchem, The Netherlands) is investing EUR 15 million ($21 million) in a new manufacturing facility in the United States for its biomedical polymers. The company’s biopolymers business includes lactide-based polymers such as polylactic acid and lactide/glycolide copolymers. The company currently manufactures biopolymers at its facility in The Netherlands. Construction of the US-based facility will begin in 2011 and is expected to be completed by the end of 2011.

SAFC (St. Louis, MO) completed its expansion of its high-potency fermentation capabilities at its facility in Jerusalem. Production was scheduled to begin in October 2010.

Saltigo (Leverkusen, Germany) is considering setting up capacities for manufacturing highly potent APIs at its facilities in Leverkusen, Germany, and Redmond, Washington. The company reported on the news in an Aug. 24, 2010, press release, in announcing its activities at CPhI. In early October 2010, Saltigo also reported that it will jointly develop processes for the synthesis of APIs and intermediates with Reuter Chemische Apparatebau (RCA, Freiburg, Germany). RCA produces chiral substances. 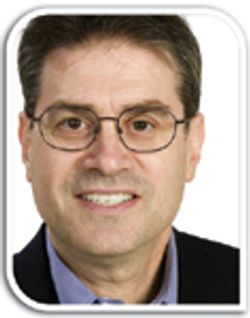