Biopharmaceutical manufacturers are beginning to consider outsourcing as a viable option for cutting their organization’s costs, especially as industry service suppliers offer a broader array of potential activities. Biopharma companies report they are contracting out more and different jobs and manufacturing operations in an effort to reduce costs, according to BioPlan Associates' 12th Annual Report and Survey of Biopharmaceutical Manufacturing Capacity and Production(1).

Specifically, approximately 15% of respondents to the 2015 survey had outsourced manufacturing to domestic service providers in the past year specifically to reduce costs, up from 9% in 2014 and the highest mark this decade. Likewise, the percentage of respondents offshoring work in an effort to cut costs has been on a gradual rise, from 5.7% in 2011 to a new high point of 14.3% in 2015.

While those are fairly small percentages, the increase indicates a recognition that outsourcing, when done for strategic reasons, can also effectively reduce costs and increase productivity. Many respondents have been outsourcing for years; any cost-savings realized would have been accrued in prior years and, as such, these respondents would be less apt to account for them when thinking about the most recent 12 months. Outsourcing is also increasingly being viewed in a wider lens than just costs, with the decision calculus including benefits such as flexibility, lower capital investment, and even access to novel technologies. Nevertheless, the increases in outsourcing due to cost cutting over the past few years may also suggest that outsourcing service providers are now becoming a more cost-competitive option.

Figure 1 shows the growth in outsourcing of various manufacturing options from 2011-2015, as related to a desire to reduce costs.

Other trends evaluated in the study also support an increasing cost-competitiveness among service providers. For example, when clients were asked to evaluate the importance of various contract manufacturing organization (CMO) attributes, there was a large year-over-year increase in the proportion who find it “very important” that CMOs demonstrate the cost effectiveness of their services. The 34.3% of respondents considering this a very important priority is the second-highest level this decade. And yet, again, this is in the bottom half of selection criteria, indicating that cost-effectiveness, while important, is only part of the picture.

Capacity trends put pressure on CMOs to optimize service delivery
More biopharmaceutical products are tending towards specialized, targeted therapies as opposed to blockbusters. As such, some biopharma companies with excess bioprocessing capacity may begin offering manufacturing services themselves.  Such a move would have the effect of adding capacity and competition to the CMO market. These new entrants could be driven by motivations to sell their excess capacity more for cost recovery (in terms of staffing and other fixed costs). This sale of excess capacity could result in more aggressive industry pricing, which in turn could impact small- and mid-sized CMOs.

This outsourcing of process development projects is interesting in light of difficulties the industry is having in filling those positions at their facilities. Separately in the report, qualified industry respondents were asked to identify the job positions they are currently having trouble filling at their facilities. The top positions, by a sizable margin, are upstream (38.5%) and downstream (37.2%) process development staff, well ahead of other challenging positions to fill, such as quality assurance (24.4%) and process engineers (23.1%) (see Figure 2).

Difficulties in hiring process development staff are probably due to the expertise and experience necessary (which could now be in limited supply), and may also be a reflection of those qualified candidates seeking higher salaries. With hiring difficulties in this area persisting year after year, it may be that more companies are now looking to outsource to specialized providers rather than to hire in-house. Or, the growth in those biopharma companies realizing cost-savings from outsourcing these jobs may be a reflection simply of these providers being more cost-effective than hiring in-house. With a dwindling supply of experienced process development staff as many reach retirement age, companies are increasingly forced to hire experience from other companies, with this in turn likely having them offer higher salaries and other associated costs.

Outsourcing spending still growing
There has been a modest increase in the percentage of companies realizing cost-savings from outsourcing jobs and manufacturing, and in this connection, outsourcing budgets continue to be healthy, especially for outsourced manufacturing and R&D.

Planned budget increases this year for outsourced biopharmaceutical manufacturing average 3.8% among more than 230 qualified industry respondents, holding steady after expected growth of 3.9% in 2014. This is the third consecutive year of planned budget growth for outsourced manufacturing after a period largely of flat spending between 2009 and 2012 (ranging from -1.3% to +0.8% in budget changes). While outsourced manufacturing budget growth this year is in the lower half of the 12 areas surveyed, it is generally on par with spending increases planned for aspects like new facility construction and new technologies for upstream production.

When the analysis was widened to include outsourcing of manufacturing or R&D, the survey showed that a majority (53%) of respondents plan to increase their spending this year, including 17% planning an increase greater than 25%. Based on the distribution of responses, it is estimated that spending on outsourcing of R&D or manufacturing will rise by 13% this year, similar to 2014’s estimate of 13.5%.

Conclusion
Several trends point to an increasingly competitive outsourcing market. Data indicates that more clients are looking for their CMO partners to demonstrate the cost-effectiveness of their services, and concurrently, a greater share are reporting cost-savings from outsourcing of jobs and manufacturing. At the same time, companies’ unused capacity could turn into a competitive threat for CMOs, driving down prices for some, especially larger projects. All of this is occurring in a climate of rising spending on outsourcing, which in turn spurs more competition among service suppliers for those budgets. 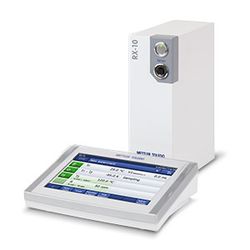 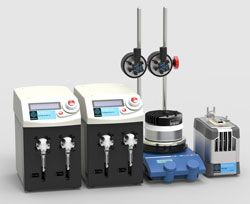