Growth in the US Prescription Drug Market Slows

Volume growth in the US prescription drug market was at historically low levels in 2010, and revenue growth was anemic.

The US is the largest single national market for prescription drugs, and spending levels on drugs and consumption levels are important barometers for the financial health of the pharmaceutical market. A recent report, The Use of Medicines in the United States: Review of 2010, by the IMS Institute for Healthcare Informatics shows slowing spending and consumption patterns for prescription drugs in the US caused by increased generic-drug incursion, lower spending based on overall macroeconomic conditions, and reduced spending on new drugs.

US spending on prescription medicines increased 2.3% in 2010 to reach $307.4 billion, markedly lower than the 5.1% growth rate in 2009, according to data from the IMS Institute for Healthcare Informatics. The lower spending levels in 2010 continued a trend of approximately 5% or lower growth per year that has occurred since 2007. Spending on branded prescription drugs totaled $229 billion in 2010, a 0.7% decrease compared with 2009, but spending on generic drugs, both unbranded and branded, increased. Spending on unbranded generic drugs increased 21.7% and branded generic drugs by 4.5%. Reflecting trends to higher use of specialty drugs, spending on drugs mainly dispensed by primary-care physicians increased by only 0.5%, but spending on drugs primarily dispensed by specialists grew by 4.8%, according to IMS.

The largest segments of the US prescription drug market, including branded drugs, oral formulations, and small molecules, each declined or grew more slowly than the total market, while spending on generics, injectables, and biologics increased at a higher rate. Small-molecule spending totaled $240 billion, an increase of only 0.5% as biologics grew by 6.6%, amounting to $67 billion. Spending on oral forms of medicines declined by 0.1%, but spending on injectables increased 5.7%, according to IMS.

The volume of prescription medicines consumed in the US rose at historically low levels in 2010. The number of retail prescriptions dispensed in the US totaled 3.9 billion, an increase of only 1.2% compared with 2009 levels. The total volume of drugs consumed increased at historically low rates for oral and nasal forms and declined on a per-capita basis for injectable and infusible forms. The total volume of medicines consumed in oral or nasal form, which account for approximately 60% of the total spending on medicines, increased only 0.5% in 2010, representing a decline of 0.3% on a per-capita basis, due to lower or declining demand in nearly every major therapy area, according to IMS. The volume on drugs administered by injection or infusion increased only 0.2% in 2010, or a per-capita decline of 0.6%, primarily the result of reduced utilization in hospital settings.

Historically, protected brands have caused volume-based increases in spending, but that situation was not the case in 2010. For example, in 2006, protected brands contributed $7.9 billion in volume-based spending, but in 2010, protected brands experienced a volume-based decline in spending of $8.3 billion. Increased spending due to price levels of protected brands was $16.6 billion in 2010, but these levels were offset by an estimated $4.5 billion in higher rebates. Total spending on new brands has declined in the last five years, according to IMS. For example, brands with total sales of $32.1 billion were exposed to generic-drug competition in 2009 and 2010, the highest two-year total ever. In 2010, $12.6 billion in branded products faced patent loss and $19.5 billion of products did so in 2009. Branded and unbranded generic drugs now account for 78% of all US prescriptions dispensed, according to IMS. Brands losing patent protection or exclusivity in 2010 resulted in a reduction of spending of $12.6 billion compared with only a $4.0-billion increase in spending in 2010 for new brands or therapies. Spending on generics, including both volume and price effects, increased by $7.6 billion in 2010 compared with 2009, according to IMS.

Other statistics show greater generic-drug incursion and resulting shifting spending levels as well as reduced demand for new products. Increased spending cause by higher volume of brands was $2.6 billion in 2010 compared to $4.2 billion in 2009, according to IMS. Declining spending due to lower volume was $4.3 billion in 2010 versus $400 million in 2009. The largest volume spending increases in 2010 were for Crestor (rosuvastatin), Lucentis (ranibizumab), and Lantus SoloStar (insulin glargine). The products with the largest volume declines, each more than $500 million, were due to a combination of upcoming patent expiries and patients transitioning to newer therapies and included Lipitor (atorvastatin), Seroquel (quetiapine), and Provigil (modafinil). Other major products that had patents expiring in 2010 included Aricept (donepezil), Lovenox (enoxaparin), and Flomax (tamsulosin), which each had annual spending above $1 billion during the 12 months prior to patent expiration. The patent expiries in 2010 brought the total share of the market facing generic-drug competition for the first time to 25.7% during the past five years, up from 22.9% in the prior five years.

As the industry faces these dynamics, new product growth is slowing. For example, total drug spending on products that have been available to patients for less than 24 months has dropped from $4.0 billion in 2010 from $6.7 billion in 2009 and from $11.0 billion in 2006. Spending on new medicines is now 2.8% of total brand spending, down from 5.0% in 2006. The number of new brands (products newly available in the recent 24-month period) totaled 69 in 2010, down from 96 in 2006, which reflected the declines in products emerging from research and development and receiving regulatory approval, according to IMS. Moreover, spending per new branded product was $62 million in 2010, down from $114 million in 2006, which reflected a shift in the mix of new products toward orphan drugs and products with the same mechanism of action as existing products.

“It became apparent in 2010 that the healthcare landscape is shifting in significant ways,” said Kleinrock in the IMS release. “Physicians and patients have more therapy options than ever, and yet spending on medicines is rising at historic lows with the impact of patent expiries and reduced patient activity. The long-term effect on patient health of fewer doctor office visits and new therapy starts is unclear ad requires closer attention.” 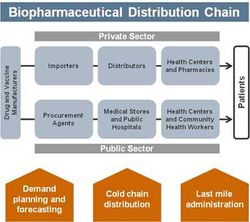