Solid-dosage drugs remain the preferred dosage form due to ease of administration and typically lower manufacturing costs compared to parenteral and other dosage forms. Many of the properties of a chemical relate directly to its physical form, and solid compounds can adopt numerous different crystalline forms (e.g., polymorphs, solvates, and hydrates) and non-crystalline (e.g., mesophases or amorphous) forms. Extensive screening must be completed to identify the different potential stable and meta-stable forms that an API may adopt during manufacturing of the drug substance and drug product, packaging, storage, and within the body. Potentially stable salts and cocrystals of the API may also be evaluated. In addition to the skills and knowledge required to conduct and evaluate the large quantities of structure data generated during polymorph screening projects, the ability to design appropriate screening studies has a direct impact on their success.

Why polymorph screening
Toxicology, efficacy, and stability are important criteria when selecting an appropriate candidate for the development of a solid-dosage drug. “These properties can vary depending on the physical structure of the API. It is necessary to understand the physical properties of each potential solid form and the relationship between these different forms in order to identify the candidates with the greatest likelihood of success,” says Brett Cowans, director of materials science for SSCI (Solid State Chemical Information), a division of AMRI.

The chances of selecting the best candidate improve considerably the earlier these factors are known. “The challenge for companies is to balance the cost of development and risk of selecting the wrong solid form. Ideally, this balance will include understanding the true physical properties of the selected candidate compound, including polymorphism, and how these properties will affect the API manufacturing and drug product efficacy and stability for each form, as well as the intellectual property position for the formulated drug,” Cowans observes.

Many forms to identify
From a technical point of view, the main challenge of polymorph screening is to identify all crystalline forms relevant and potentially crucial to development. Solid forms may, for example, be observed in the presence or absence of certain impurities in the final isolation step of the API, upon storage of its intended dosage form, or in vivo when administered orally, according to Patricia Andres, director of particle engineering for SSCI. “The screening of such forms typically requires a rational design of experiments often not amenable to high-throughput screening, and the unambiguous identification of new phases necessitates the preparation of pure phases in sufficient quantities for characterization,” she notes.

Andres cautions, however, that while thorough and targeted screening will considerably reduce the chances that a new critical form is discovered later in development, it is not possible to know without a doubt that all relevant forms have been found. She cites ritonavir as a classic example of a crystalline form not discovered during development. The product was developed using a form designated as Form I, which was later found to be metastable with respect to a new form exhibiting considerably lower solubility and rendering the initially developed drug product bio-unavailable.

Achieving the right balance
“The ability to gauge the level and type of screening that is adequate based on considerations of development phase, dosage form, physicochemical and biological properties of the compound, and regulatory requirements is paramount,” Andres asserts. Risks associated with the discovery of a new crystalline form at a later phase of development must be weighed against the possibility of the compound failing in development. This risk assessment requires both experience of solid-state issues that can affect the performance of the drug substance and drug product and intimate knowledge of the drug substance and drug-product processes.

Another practical challenge in polymorph screening, according to Marco Gil, a general manager with Hovione, is to identify processes for isolation of different forms that can be scaled in a robust manner to yield the selected polymorphs (or cocrystals).

Fit-for-purpose approach
Polymorph screening is a complicated process that involves many individual experiments and significant data analysis. Significant resources have been invested in efforts to accelerate the process. The dream of displacing rational experimental design in pharmaceutical form screening (e.g., salts, cocrystals, and polymorphs) with high-throughput screening was pursued for about a decade by mid-sized and large pharmaceutical companies, as well as material science contract research organizations (CRO), according to Jon Selbo, director of preformulation with SSCI. “Significant internal resources were dedicated to developing home-built screening instruments and/or purchasing equipment and software to implement this new strategy,” he says.

The justification for high-throughput screening was that significant improvement in identification of otherwise unknown forms could be more easily obtained by conducting large arrays of experiments in parallel. In most cases, however, this strategy failed for both identification of new forms and desired forms for development. “In general, crystallization quality was poor, there was a lack of experimental diversity (regardless of significant increases in solvents used in crystallization attempts), the analytical results were inadequate, and analyzing the large quantities of poor quality data generated in the experiments often proved difficult,” Selbo observes. In addition, polymorphs identified using high-throughput screening must be considered as general lead compounds and must be thoroughly assessed, including evaluation of their pharmacokinetics, solubility, and other properties, according to Gil.

The driver for large-scale screening in early development has, for the most part, also disappeared with the new molecular entities failing more often today due to efficacy and toxicity issues rather than biopharmaceutics properties. “Only a few larger pharmaceutical companies and small CROs continue to employ high-throughput screening as a first pass strategy,” says Selbo.

What is important, according to Cowans, is how the results of high-throughput screening can contribute to better understanding of the properties of potential solid-form candidates. “As a screening tool, high-throughput technology provides a platform to evaluate the potential for crystallizing new solid forms under certain conditions, albeit with some limitations. The information obtained solely from high-throughput technology is not sufficient to select a solid-form candidate for development, however,” he says. Consequently, rational experimental design with fit-for-purpose screening strategies based on rational screening or mixed screening approaches have become the norm for the industry, according to Selbo.

Large-scale screening is still employed as a part of intellectual property (IP) strategies for later-stage programs where there is more certainty of compound survival. “High-throughput screening is today an essential technology for mapping polymorphic forms, generating IP, and broadening the protected space in terms of polymorphs, and helping to avoid surprises as much as possible in advanced development phases,” Gil comments. For these programs, mixed screening services with rational, mid-, and high-throughput screens may be employed in an attempt to cover all bases, according to Cowans.

Sharp patterns
With respect to advances in technology for polymorph screening, Cowans points to improvements in x-ray powder diffraction (XRPD), which he refers to as the “quintessential tool for distinguishing different crystalline forms.” Most importantly, current-generation instruments are capable of providing the sharp, high-quality patterns that are necessary for identifying whether a material exists as a single crystalline phase and are amenable to indexing algorithms.

The combination of indexing software and advanced XRPD technology improves the ability to identify crystalline phases or mixtures, increases screening efficiency, and provides critical information about the various crystalline forms obtained, according to Cowans. SSCI has developed and patented its own indexing software specifically targeting organic molecules and integrated this tool into its routine screening activities.

Another important advance for polymorph screening is the reduction in the quantity of API required for analytical techniques (e.g., XRPD), according to Gil. Automation has also increased the efficiency of these analyses and accelerated sample pre-characterization. 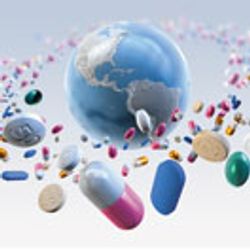 Fundamentals for Pharma Agility and ROI 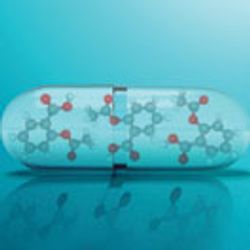