A round up of European news.

According to media reports, April could see the long-awaited conclusion to the EU and India's Free Trade Agreement (FTA), but only if arguments about intellectual property provisions and their impact on generic medicines can be resolved!

The FTA has been under negotiation between the two regions since 2007. According to the European Commission, India is one of the EU's most important trade partners; however, India still maintains "substantial tariff and nontariff barriers that hinder trade with the EU". In 2009, it was estimated that an FTA would help boost bilateral trade between the EU and India to more than €160 billion by 2015.

In 2009, MEPs hoped that the agreement would be signed by the end of 2010, but negotiations are still ongoing. One particular hurdle has been concern from numerous organisations that the FTA will impact access to generic medicines — particularly for developing countries, which strongly rely on India for cheap alternatives to branded medicines. India has been able to produce so many affordable versions of medicines patented elsewhere because it did not grant patents on medicines until 2005 when it began complying with World Trade Organisation standards. Prior to this time, patents were only offered on processes, which meant that a product or medicine could legally be duplicated as long as it used a different process. Unsurprisingly, this landscape initially deterred many western companies from launching products in India.

Now, the EU is pushing to further increase India's intellectual property laws to help combat global counterfeiting. According to the European Parliament, India is one of the major sources of counterfeit medicines seized by EU customs — accounting for 30% of total seizures.

A number of organisations believe that the new laws may potentially affect access to Indian generic medicines. International charity, Medecins sans Frontieres, explained in a statement: "The EU is pushing for intellectual property provisions in the FTA that exceed what international trade rules require. The most damaging measure is so-called 'data exclusivity', which would act like a patent and block more affordable generic medicines from the market, even for drugs that are already off patent, or do not merit a patent to begin with."

Opposition against the FTA provisions also sparked an international day of action at the beginning of March, with more than 5000 participants.

The EU has acknowledged these concerns, but believes that the FTA will not affect access. A statement from the EU Delegation to Tanzania explained that it believes the fears are based on a misunderstanding of the EU's objectives and negotiation position. According to the statement, the EU has proposed a clause in the negotiations to ensure that nothing in the FTA prevents India from producing and exporting medicines to developing countries. "The EU is fully aware that India is an important provider of generic medicines to other developing countries; the FTA currently under negotiations between India and the EU is certainly not intended to restrict the ability of India to continue doing the same for domestic and international consumption."

The next round of talks concerning the FTA will take place in April, and some believe that the agreement could be concluded around this time, although the actual signing is unlikely to take place before the next EU–India summit. European pharma companies will no doubt be watching closely. If pushed through, the provisions will better protect pharmaceutical products and go some way to combating counterfeits.

Sanofi-aventis has received a Warning Letter for cGMP violations at a facility in Germany. According to the FDA, the company had not established or followed appropriate written procedures to prevent microbiological contamination of sterile drugs.

Conflict-of-interest rules may have been breached by the EMA's former executive director taking up an advisory role within the private pharma sector only a few weeks after leaving the agency. A letter outlining the reservations has been sent to the European Commissioner.

The FDA has filed a consent decree of permanent injunction against McNeil, a subsidiary of Johnson & Johnson, for cGMP violations. The action prevents McNeil from manufacturing and distributing drugs from its facility in Fort Washington (PA, USA) until the FDA determines that its operations comply with the law.

AstraZeneca has discontinued production of its Pulmicort (budesonide) 100 and 200 µg/dose HFA (hydrofluoroalkane) pressurised metereddose inhaler due to manufacturing issues related to technical aspects of the device. This issue is not related to the API. 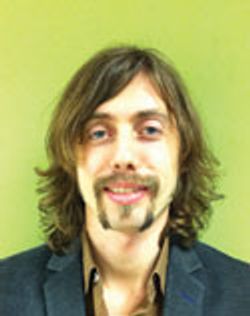