The past few years have witnessed some dreary numbers in both Europe and the US when it comes to new products, but 2011 figures released by the European Medicines Agency may be early indicators for a 2012 upturn.

Approvals on the up

The past few years have witnessed some dreary numbers in both Europe and the US when it comes to new products, but 2011 figures released by the European Medicines Agency may be early indicators for a 2012 upturn. At the time of going to print, statistics were only available for January–September 2011, but these nine months alone show higher numbers of approval rates compared with the whole of 2010.

During January–September 2011, the EMA issued 74 positive opinions for marketing-authorisation applications compared with only 51 in 2010. Overall, the EMA finalised 79 applications in 2011 compared with 54 in 2010, with the number of applications for both new products and generics increasing over 2010.

Analysts have been moping over pharma's seemingly drying pipelines for some time, but although the above statistics paint a bright picture for innovation there's still a long way to go before we can safely say that the pharma industry is on an upturn. Although the number of finalised applications has increased in 2011 compared with 2010, it's unclear whether the same can be said for started applications. The currently available statistics show that the EMA started 76 marketing-authorisation applications compared with 90 in 2010. With the 2011 statistics only representing nine months, there's obviously a chance that the 2011 numbers will increase, although it's unlikely that they will far exceed those for 2010.

There's also a lot of ground to make up before the industry can outdo 2009's 125 finalised applications, although this high number was mainly driven by a large number of applications (51) for generic products. Twenty eight generic-drug applications were finalised in 2011, compared with 20 in 2010. Importantly, however, 2011 also showed a strong increase in the number of applications for new products, which is positive considering the amount of criticism that has been directed at the pharma industry's innovation pipeline. The 2011 statistics show that 32 applications have been finalised for new drugs compared just 21 in 2010. New orphan medicinal products are also on the rise: 11 applications in 2011 versus six in 2010.

In the US, there has also been an upward trajectory for drug approvals. In August 2011, the FDA announced that it had approved 21 new molecular entities and new biologics license applications; the same number that the agency approved in the whole of 2010. By November, the number of new FDA approved drugs had risen to 35, which is among the highest number of FDA approvals in the past decade, surpassed only by 2009 when the agency approved 37 new products.

There's still a long way to go before anyone can safely say that the innovation drought is over. In August 2011, financial services firm Burrill & Company released a statement urging the industry to be cautious. "We're on our way to breaking the anaemic pace of new drug approvals of recent years, but the problems underlying the relatively low rate of approvals since 2004 still need to be addressed," explained G. Steven Burrill, CEO.

Fortunately, this is something that the FDA is working towards. According to an FDA statement, the agency has been trying to expedite approval times and increase flexibility in clinical trials while maintaining drug safety standards.

Burrill is correct in that we should probably be cautious when looking towards the future, but given that both Europe and US have seen greater drug approval rates this year compared with last, perhaps 2011 marks an important step towards a more productive and innovative pharmaceutical industry.

The FDA and EMA are moving from "confidence-building to reliance upon" each other in a step-up in cooperation on GMP inspections; the latest move following 0completion of pilot projects this summer. The initiative will begin in January 2012.

Merck & Co. has agreed to pay $950 million to resolve criminal charges and civil claims related to its promotion and marketing of the painkiller Vioxx. The charges relate to off-label marketing. Under the agreement, Merck will plead guilty to a misdemeanor for its illegal promotional activity and will pay a $321,636,000 criminal fine.

The breast cancer indication for Avastin has been revoked in the US after the FDA Commissioner concluded that the drug has not been shown to be safe and effective for this use. The drug will, however, remain on the US market as an approved treatment for certain types of colon, lung, kidney and brain cancer.

The EC has unveiled an action plan against antimicrobial resistance, including provisions to promote R&D as well as the possibility of establishing fast-track procedures for marketing authorisations. Among other areas, the EC has highlighted the development of new antimicrobials for treatment as a priority. 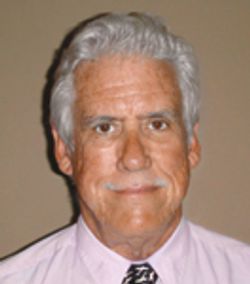 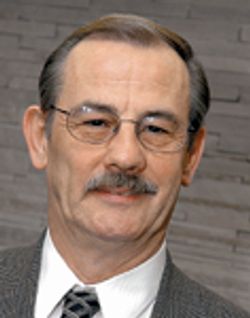 Multilayer Tablets: A Piece Of Cake?