Residual solvents in pharmaceuticals are organic, volatile chemicals that are either used or produced during the manufacture of actives, excipients or drug products. These chemicals may be hazardous to human health; however, their acceptance limits and classification vary among the three major pharmacopoeia. In this article, the author discusses the regulatory status of the various classifications of residual solvents with regard to the European, US and Japanese pharmacopoeia.

Residual solvents in pharmaceuticals, commonly known as organic volatile impurities (OVIs), are chemicals that are either used or produced during the manufacture of active pharmaceutical ingredients (APIs), excipients and drug products. OVIs may also contaminate products during packaging, storage in warehouses and/or during transportation. Because residual solvents have no therapeutic benefits but may be hazardous to human health and the environment, it must be ensured that they are either not present in products or are only present below recommended acceptable levels. However, individual pharmacopoeia manage residual solvents differently, and their lists of toxic solvents and the corresponding acceptable limits vary, thereby making the development of one data set for drug approval in the Europe Union (EU), Japan and the US difficult. In this article, the author discusses the present status of alignment efforts by the International Conference on Harmonization (ICH) and provides information regarding analytical methods used to determine levels of OVIs.

Some organic solvents are often used during the synthesis of APIs and excipients or during the preparation of drug products to enhance the yield, increase solubility or aid crystallization.1-3 Although these solvents are critical to the synthetic process, they have no therapeutic value and, in some cases, may be toxic. Thus, these solvents must be carefully selected because their complete removal is difficult.

It is a drug manufacturer's responsibility to ensure that any OVIs present in the final product are not harmful to humans and that medicinal products do not contain levels of residual solvents higher than recommended safety limits. Solvents known to cause unacceptable toxicity should be avoided unless their use can be justified on the basis of a risk–benefit assessment.

For some time, each regulatory agency has been using various guidelines for OVIs in medicinal products. Consequently, the pharmacopoeia of the US (USP), Europe (PhEur) and Japan (JP) list residual solvents with differing acceptance limits. Efforts were made to harmonize the guidelines so that the data, once generated, could be used in the drug approval process in the EU, US and Japan. On 17 July 1997, the ICH Harmonized Tripartite Guideline reached step four of the ICH process and was recommended for adoption by the ICH steering committee.4

Table I: Class 1 solvents (should be avoided).

Residual solvents in drug substances, excipients and drug products fall into the remit of the ICH guideline as follows: "If a production or purification process is known to result in the presence of such solvents, the product should be tested. Testing should be performed only for those solvents that are used or produced during manufacture or purification. A cumulative method may be used to calculate the residual solvent levels in the drug product on the basis of the levels in the ingredients used to produce the drug product.

If the cumulative levels are below or equal to the recommended levels in the guideline, the drug product need not be tested for residual solvents. However, if the cumulative levels are above the recommended level, the drug product must be tested for residual solvents to ensure that the manufacturing and purification processes have reduced the levels to be within the acceptable range."

This guideline does not apply to potential new drug substances, excipients or drug products used during the clinical research stages of development. It also does not apply to existing drug products on the market. The guideline does, however, apply to all dosage forms and routes of administration. Higher levels of residual solvents may be acceptable in certain cases, such as a short-term (,30 days) or topical application, with proper justification made on a case-by-case basis.

OVIs are classified into three classes on the basis of their toxicity level and the degree to which they can be considered an environmental hazard. The list provided in the guideline is not exhaustive, and one should evaluate the synthesis and manufacturing processes for all possible residual solvents.

Class 1. Class 1 solvents (carcinogens) are strongly suspected of being both harmful to humans and environmental hazards. If possible, they should be avoided. However, if using them to produce a medicinal product with a significant therapeutic value is unavoidable, then their levels should be controlled (Table I). Unless otherwise justified, 1,1,1-trichloroethane is included in this table because it is an environmental hazard.

Class 2. Class 2 solvents are non-genotoxic animal carcinogens. Solvents of this class should be limited in pharmaceutical products because of their inherent toxicity. Table II lists some of these solvents and their tolerable concentration limit. The limits were calculated on the basis of the permitted daily exposure, which assumed a daily dose of 10 g of drug product per day.

Class 3. Class 3 solvents have a low toxic potential to humans. However, no long-term toxicity or carcinogenicity data are available for many of these substances. They have been found less toxic in acute or short-term studies and negative in genotoxicity studies. Concentration levels of ,0.5% are acceptable without justification. A higher amount may also be acceptable with proper justification. Table III lists some of the solvents from Class 3.

Others. In addition to solvent classes 1-3, some solvents may be of interest to manufacturers of APIs, excipients and drug products. However, no adequate toxicological data based on permitted daily dosage are available. Manufacturers must provide justification if they use these solvents in their products (Table IV).

The current status of each pharmacopoeia is different.

USP. Although the ICH guideline regarding residual solvents in pharmaceuticals became official in July 1997, USP has not fully adopted it.5 In the case of USP, residual solvents are tested under General Chapter <467> "Organic Volatile Impurities." According to USP, testing should be conducted only if a manufacturer has indicated the possible presence of a solvent in a product. Testing may be avoided when a manufacturer has assurance, based on the knowledge of the manufacturing process and controlled handling, shipping and storage of the product, that no potential exists for specific solvents to be present and that the product, if tested, will comply with the accepted limit. Items shipped in airtight containers (such as those used for food additives) can be considered not to have acquired any solvents during transportation.

JP. The current JP (Volume XIV) has adopted the ICH guideline.7 This pharmacopoeia defines residual solvents as those residual organic solvents in pharmaceuticals that should be tested using gas chromatography to comply with the limits specified in the ICH Harmonized Tripartite Guideline.

Gas chromatography (GC) is typically used to determine residual solvents, with the exception of Class 3 solvents, which can be determined by non-specific analytical techniques such as loss on drying. Analytical laboratories can qualify GC instruments equipped with headspace analysis that meet the requirements of USP, PhEur and JP. Actives, excipients and drug products monographed in the pharmacopoeia are tested using the test methods specified in the monograph without any additional validation. It is, however, very important that all method system suitability criteria are met before data are generated. For non-monographed articles, the laboratory should validate the methods in conformance with ICH and USP method validation guidelines before they are used to control the residual solvents in medicinal products. The use of validated methods is highly recommended to analyse stability samples and generate data in compliance with current good manufacturing practices (cGMPs).

The peaks in the gas chromatogram are identified by comparing their retention times with the residual solvent standards run under the same chromatographic conditions and together with the test samples. If there is a co-eluting peak, the test is repeated using a second column containing a different stationary phase. If unknown peaks do not match those of the standards, gas chromatography–mass spectrometry (GC-MS) is used to identify the peaks.

It is the drug manufacturer's responsibility to ensure that its products are either free from any OVIs or that OVIs are present at or below recommended acceptable levels. Because the major pharmacopoeia (USP, PhEur and JP) differ about OVI analysis data, drug manufacturers must ensure that products meet respective compendial requirements for drug approval in the US, the EU or Japan. If OVIs are not specified in the pharmacopoeia, proof of acceptable limit must provided based on toxicological data.

1. J.T. Rubino and S.H. Yalkowsky, "Effects of Cosolvents on Solubilization 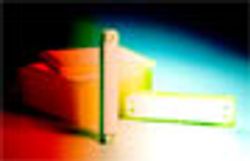 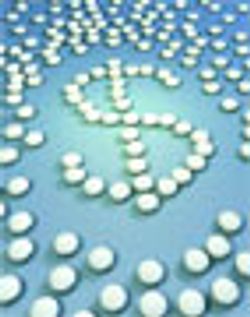 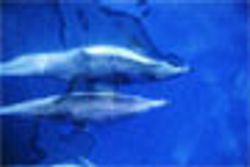