The Role of the Qualified Person in European Pharmaceutical Regulations

The authors provide a brief overview of the European pharmaceutical regulation with regard to batch certification by a qualified person and batch release for the European market.

Differences in the United States' and European Union's good manufacturing practices (GMPs) "must not be considered substantial" according to the US Food and Drug Administration's current good manufacturing practices (cGMP) Harmonization Analysis working group (1). A report by the group, titled Pharmaceutical cGMPs for the 21st Century—A Risk-Based Approach, states that "there are many more similarities than differences seen among the various cGMP regulations, with existing differences often related to the commodity in question" (1). For example, the responsibilities of the quality control unit according to FDA's guideline 21 CFR 210/211 are comparable to the responsibilities of the head of manufacturing and the head of quality control as described in the European GMPs (2, 3). However, there is one major difference in the European pharmaceutical legislation—the additional personal responsibility and liability of the "qualified person" (QP) as defined in the superior European pharmaceutical directives. This function is unknown within the US pharmaceutical legislation as well as in almost all other countries outside the EU.

In today's international pharmaceutical supply chains, it is important to know the specific requirements in the various markets worldwide. In Europe, no single batch of a finished pharmaceutical product can be released without the certification of the QP.

Legal basis for QPs in Europe

The legal basis for the qualified person is detailed in the European Directive 2001/83/EC issued on Nov. 6, 2001, relating to medicinal products (4). This concept of having one individually responsible person for batch certification and release required at site is a basic concept of the European Pharmaceutical legislation, providing the competent national authorities a perfect recourse within a short timeframe in case of any issue with a batch certified and released by a particular QP. For veterinary products, the requirements are defined in the European Directive 2001/82/EC (5).

Qualification of the QPs

The required qualification to become a QP in a member state of the EU is a completed four years theoretical and practical university study in pharmacy. A shorter study (e.g. of three years) recognized as equivalent by the member state concerned is also acceptable in some cases. A university study in medicine, veterinary medicine, chemistry, pharmaceutical chemistry and technology, or biology may also qualify the applicant. In this case, however, all missing basic subjects from the curriculum of a full pharmaceutical study must be completed by additional studies or training courses. The adequacy of these additional studies or training will be determined by the relevant national authority.

To qualify as a QP in Europe, the applicant must provide evidence about successful university studies in experimental physics; general, inorganic, organic and pharmaceutical chemistry; analytical chemistry, including analysis of medicinal products; general and applied (medical) biochemistry; physiology; microbiology; pharmacology; pharmaceutical technology; toxicology; and pharmacognosy (the study of medicines derived from natural sources).

Responsibilities of the QP

To perform his or her responsibilities successfully, a qualified person must be registered (or approved, depending on the member state's legislation) by the competent authority of the EU member state where the manufacturing license of the pharmaceutical company was issued and the QP is acting.

According to article 51 of Directive 2001/83, the QP must certify prior to the release for sale, placing on the market, or export in a register or equivalent document provided for that purpose, that each batch of the medicinal product has been manufactured and checked in compliance with the laws of that member state and in accordance with the requirements of the marketing authorization.

The corresponding article of Directive 2005/28/EC (good clinical practice) requires (in case of human medicinal products only) certification of the QP before release for use in clinical trials or export that each batch of investigational medicinal product has been manufactured and checked in accordance with cGMPs and its product specification file.

In the case of medicinal products coming from third countries (i.e., countries outside the EU), the QP has to certify that each production batch has undergone in a member state a full qualitative analysis, a quantitative analysis of at least all the active constituents, and all the other tests or checks necessary to assure its quality in accordance with the requirements of the marketing authorization.

For investigational medicinal products coming from third countries, the QP must certify that each batch has been manufactured and checked in accordance with standards of cGMP at least equivalent to those of the European Union, in accordance with the product specification file.

The QP must ensure that the said register or equivalent document is kept up to date as operations are carried out. The documentation must remain at the disposal of the agents of the competent authority for the period specified in the provisions of the member state concerned and in any event for at least five years. This provides the competent national authorities a tool to immediately come back to the responsible QP in case of any issue with the batch that was certified and released.

The certification process for batch release is described in Annex 16 of the EU Guide to GMP, and addresses the complexity of manufacturing and supply chains stretching across several production sites, companies, and countries within and outside the European Union (8). In addition, the European Medicine Agency (EMA) published a reflection paper laying down expectations of how QPs should respond if batches intended to be released show minor deviations from the details described in the marketing authorization for human and veterinary medicinal products (including biological products) (9).

In general, the tasks and responsibilities of a QP, especially the process of batch certification and release, can only be delegated to another QP who is registered at the responsible authority for supervision of the marketing authorization and/or supervision. Some companies may use contract QPs providing independent service. The duties and responsibilities—especially the requirement to be registered or approved—do not differ from those applicable to QPs who are full-time employees of a company. Contract QPs should have a detailed agreement to ensure clear assignment of all duties and responsibilities.

The initial concept of one individually legally responsible person for batch certification and release dates back to the second Pharma Directive 75/318/EEC of 1975 and thus far earlier than any European approach to introduce common cGMPs (10). Role and responsibilities of the QP are therefore not (or only in parts) specified in the European GMPs. As a consequence, companies are free to define any hierarchical reporting structure of the QPs depending upon the size and structure of the company and the type of products manufactured. QPs may either be heads of, or reporting to, quality assurance or quality control, perform additional quality functions such as quality management, or they may report directly to senior management.

In fact, according to the European regulations, the head of manufacturing could be assigned as QP, given that he or she meets the requirements. In addition, the heads of production and quality control must be independent from each other. This is not further specified in EU GMPs, but according to the authors' inspection experience, having separate heads of departments reporting to one site director or one hierarchical level higher is considered sufficient to comply with this requirement (3).

Larger companies with several sites sometimes seek to centralize certain quality systems such as complaint management, recall management such as biological product deviation reports and field corrective actions, or audit systems to corporate headquarters or to specialized centers of competence. Whenever EU regulations require the active participation of a locally based QP in a European site, this centralization has to be carefully evaluated in its consequences and its compatibility with European National laws and regulations. This is especially true when responsibilities are transferred to the US.

Interpretations of the role of QPs

Most of the responsibilities of the qualified person are not defined in the EU Guide to GMP or its Annexes, but are laid down in superordinated European Pharma Directives. According to European Law, these Directives have to be transposed into national laws and regulations in the individual member states. Although the role and status of the QP should be the same in all EU member states, it is apparent that there are differences in the ways in which QPs are trained and appointed, and in the possible delegation of duties, even though their basic role is the same.

There are member states with a long tradition of natural scientists as heads of quality control, assurance, and operations with only the limited resources of industrial pharmacists such as the United Kingdom. Here, the professional scientific bodies—Institute of Biology, the Royal Pharmaceutical Society, and the Royal Society of Chemistry—perform the initial and the ongoing continuous training of natural scientists to qualify as QPs based on a study guide jointly developed and adapted. Furthermore, these societies are required by the authorities to assess the eligibility of their members for QP status and to run an indicative register of QPs.

A totally different approach is taken by France, which strictly requires the their version of the QP, the "pharmacien responsible," to be a pharmacist and a member of the board who will not perform any of his or her duties personally, but delegate within the quality organization.

The European QP Association has therefore issued a Good Practice Guide summarizing the duties and responsibilities of QPs in the EU (11). Annex 1 of that Guide specifies the different requirements per European member state.

The concept of the qualified person according to EU regulations is unique. It does not exist in the US or in any other state outside of the European Union. The personal responsibility and liability of the QP is a very specific requirement. Every qualified person needs to be registered or appointed or approved with the competent authority of the EU member state in which he or she is operating. Therefore not only the pharmaceutical company for which he or she is acting, but also the registered qualified person, is personally responsible for his or her duties.

6. European Commission, Commission Directive 2001/20/EC, "The Approximation of the Laws, Regulations and Administrative Provisions of the Member States Relating to the Implementation of Good Clinical Practice in the Conduct of Clinical Trials on Medicinal Products for Human Use," (Brussels, May 2001).

7. European Commission, Commission Directive 2005/28/EC, "Laying Down Principles and Detailed Guidelines for Good Clinical Practice as Regards Investigational Medicinal Products for Human Use, as well as the Requirements for Authorisation of the Manufacturing or Importation of Such Products," (Brussels, Apr. 2005).

8. European Commission, Annex 16 to the EU Guidelines to Good Manufacturing Practice Medicinal Products for Human and Veterinary Use: "Certification by a Qualified person and Batch Release," (Brussels, July 2001).

9. European Medicines Agency, Reflection Paper on a Proposed Solution for Dealing with Minor Deviations from the Detail Described in the Marketing Authorisation for Human and Veterinary Medicinal Products, Rev1, (London, Jan. 2009).

10. European Commission, Council Directive 75/318/EEC, "The Approximation of the Laws of Member States Relating to Analytical, Pharmaco-Toxicological and Clinical Standards and Protocols in Respect of the Testing of Proprietary Medicinal Products," (Brussels, May 1975). 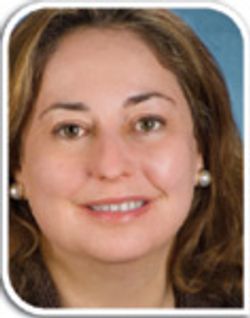 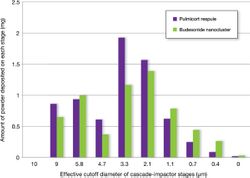 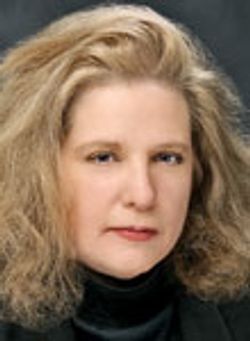