The custom manufacturer and fine-chemicals company adds further capabilities in high-potency and viral-product manufacturing and targets synergies in gene editing with its parent company, Sigma-Aldrich.

SAFC (St. Louis, MO), part of the life-sciences chemical company Sigma-Aldrich (St. Louis), is leveraging its slate of technology-based capabilities as part of its growth strategy. The company has recently completed and is proceeding with several major expansions in high-potency manufacturing, antibody drug conjugation, viral-product manufacturing, and solid-state chemistry.

Antibody drug conjugation and high-potency manufacturing
Manufacturing high-potency active pharmaceutical ingredients (HPAPIs) and antibody drug conjugates (ADCs) is an area of strong strategic focus for the company. Humanized antibodies may be used either alone in unlabeled or naked form or conjugated with radioactive isotopes, chemotherapeutics, or toxins to create highly targeted agents. ADCs as monoclonal antibodies linked to a cytotoxic small molecules are an important area in drug development. “ADCs have the potential to be a game-changer in oncology drugs,” says Gilles Cottier, president of SAFC. The targeted mechanism of the antibody allows the cytotoxic agent to be delivered to a tumor site more directly and efficiently, thereby offering the possibility of reducing the dosage of the cytotoxic agent.

ADCs are an emerging drug class, with still limited commercialized examples, but they offer much potential. An example of a commercialized ADC is Mylotarg, which was approved by the US Food and Drug Administration in 2000. The drug was developed by Wyeth, now part of Pfizer (New York). Mylotarg consists of a recombinant humanized IgG4 kappa antibody conjugated with a cytotoxic antitumor antibiotic, calicheamicin, isolated from fermentation of a bacterium, Micromonospora echinospora subspecies calichensis. The antibody portion of Mylotarg binds specifically to the CD33 antigen, a sialic acid-dependent adhesion protein found on the surface of leukemic blasts and immature normal cells of myelomonocytic lineage, but not on normal hematopoietic stem cells.

SAFC is dually positioned in antibody drug conjugation by offering the capability to conjugate the small-molecule onto the monoclonal antibody as well by being able to produce the cytotoxic or high-potency compound, two areas of recent expansion for the company.

The company has invested more than $65 million to expand its HPAPI capacity during the past two years. Those investments include: a $4.5-million project to add a CGMP pilot plant and kilo-laboratory capacity at its facility in Madison, Wisconsin, completed in early 2008; a $29-million investment to expand bacterial and fungal fermentation-derived HPAPI capacity at Jerusalem, Israel, due to come on line in the second quarter of 2010; a $30-million investment to build a new commercial-scale HPAPI facility at Madison, due to be completed by year-end 2009; and the commissioning of an 600-ft2 HPAPI-ADC suite in September 2008.

A marriage of viral-product manufacturing and biosciences
SAFC and its parent company, Sigma-Aldrich, are leveraging their capabilities in a new area, gene-editing. In October, Sigma Aldrich and Sangamo BioSciences (Richmond, CA) expanded their existing license agreement to include the exclusive rights to develop and distribute zinc finger DNA-binding protein (ZFP)-modified cell lines for commercial production of protein pharmaceuticals. Additionally, Sigma-Aldrich licensed rights to certain ZFP-engineered transgenic animals for commercial applications.

Zinc finger nucleases (ZFNs) are a class of engineered DNA-binding proteins that facilitate targeted editing of the genome by creating double-strand breaks in DNA at user-specified locations, according to information from Sigma-Aldrich. Double-strand breaks are important for site-specific mutagenesis in that they stimulate the cell’s natural DNA-repair processes, namely homologous recombination and non-homologous end joining (NHEJ). These processes can be harnessed to generate precisely targeted genomic edits, resulting in cell lines with precise and heritable gene deletions, integrations, or modifications. A key benefit of the technology is its ability to generate knockout or knock-in cell lines within several months as opposed to several years.

In July 2009, scientists from The Medical College of Wisconsin in Milwaukee, Sangamo Biosciences, Sigma-Aldrich, the biotechnology company Open Monoclonal Technology (OMT, Palo Alto, CA), and the French biomedical research institute, the National Institute of Health and Medical Research (INSERM), reported on the creation of what the researchers classified as the first genetically modified mammals developed using ZFN technology. The researchers reported on the application of ZFNs to generate rats with permanent, heritable gene mutations, offering a path for developing genetically modified animal models of human disease faster and in species other than mice.

“Until now, rat geneticists lacked a viable technique for knocking out or mutating, specific genes to understand their function,” said Howard Jacob, PhD, director of the Human and Molecular Genetics Center at the Medical College of Wisconsin, in a July 24, 2009 press release. “This study demonstrates that ZFN technology bypasses the current need to conduct cumbersome experiments involving nuclear transfer (cloning) or embryonic stem cells and allows rapid creation of new animal models.”

Previously, ZFNs were used to knock out specific genes in fruit flies, worms, cultured human cells, and zebrafish embryos and are now in human clinical trials for the treatment of HIV/AIDS. The researchers said that this was first example of successful gene editing in mammalian embryos using this technology. The point to the potential of the technology in becoming a method of choice for genome engineering in cells, plants, and transgenic animals,

In July 2009, the researchers announced that the first commercial application of ZNF technology was applied by OMT to develop a new rat-based human antibody platform by using Sangamo’s ZFNs to knock out the gene-encoding rat immunoglobulin M (IgM), an important gene for rat antibody production. Inactivation of rat IgM expression is the first step in generating rats that exclusively express human antibodies encoded by transgenic human immunoglobulin genes.

Sigma-Aldrich’s relationship with Sangamo Biosciences in ZFN technology creates further synergies for SAFC, explains Cottier. These include the use of the technology to develop cell lines in the company’s viral-product manufacturing business and the development of media from SAFC Biosciences, which supplies cell-culture reagents and services. Cottier concludes that the relationship is illustrative of SAFC’s interest in building its capabilities in value-added technology-based positions. 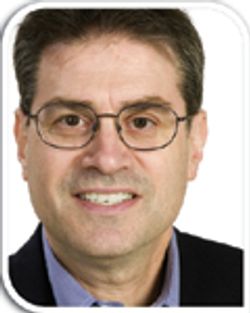