Approaches centre on ways to optimise process conditions and operability.

Approaches centre on ways to optimise process conditions and operability.

Process chemists face the challenge of developing cost-effective and efficient commercial manufacturing routes for APIs. They encounter the challenges of increasing product yield, achieving greater stereoselectivity and regioselectivity, and improving process conditions, such as temperature and pressure, all in a means to produce a high-quality pharmaceutical compound in a safe manner A variety of tools may be used in this effort, including the application of green-chemistry approaches, such as biocatalysis, solvent replacement and continuous-flow chemistry, to help achieve more efficient chemical transformations under improved reaction conditions.

In June 2012, Codexis, a company specialising in biocatalysis, and Yi Tang, professor in the Department of Chemical and Biomolecular Engineering at the University of California at Los Angeles (UCLA) (US), were awarded the "2012 Greener Synthetic Pathways Award" as part of the US Environmental Protection Agency's (EPA) Presidential Green Chemistry Challenge Awards for developing a biocatalytic route for making simvastatin, the active ingredient in Merck & Co.'s anticholesterol drug Zocor, which is now off patent (1). Codexis and Tang won the award this year after having made prior submissions of the new process in 2010 and 2011 (2–4).

For the simvastatin route, Codexis licensed technology from Tang. The previous synthetic routes to simvastatin involved converting lovastatin into simvastatin by adding a methyl group that required protecting and then deprotecting other functionalities in the lovastatin molecule in a multistep synthesis. In the first route, lovastatin was hydrolysed to the triol, monacolin J, followed by protection with selective silylation, esterification with dimethyl butyryl chloride and deprotection. The second route involved protecting the carboxylic acid and alcohol functionalities, methylating the C2' carbon with methyl iodide and deprotecting the product. These routes were inefficient because they produced less than 70% overall yield and were mass-intensive due to protection and deprotection (1–4).

The route developed by Tang and his group circumvented protection and deprotection and resulted in greater atom economy, reduced waste and overall less hazardous reaction conditions. First, they cloned LovD, a natural acyltransferase produced by Aspergillus terreus that is involved in synthesising lovastatin and that can accept nonnatural acyl donors. Recognising that LovD might be a type of simvastatin synthase and a starting point for creating a new biocatalytic process, they evolved the enzyme toward commercial utility (1–5). Codexis licensed Tang's technology, engineered the enzyme further and optimised the simvastatin manufacture.

The biocatalyst LovD selectively transferred the 2-methylbutyryl side chain to the C8 alcohol of monacolin J sodium or ammonium salt. The acyl donor, dimethylbutyryl-S-methylmercaptopropionate (DMB-SMMP), is efficient for the LovD-catalysed reaction, is safer than traditional alternatives and is prepared in a single step from inexpensive precursors, according to the awards summary report (1). Codexis licensed this process from UCLA and subsequently optimised the enzyme and the chemical process for commercial manufacture. Codexis carried out nine iterations of in vitro evolution, creating 216 libraries and screening 61,779 variants to develop a LovD variant with improved activity, in-process stability and tolerance to product inhibition (1). The approximately 1000-fold improved enzyme and the new process pushed the reaction to completion at high substrate loading and minimised the amounts of acyl donor and of solvents for extraction and product separation. In the new route, lovastatin is hydrolysed and converted to the water-soluble ammonium salt of monacolin J. (1–5).

As specified in the Presidential Green Chemistry Challenge Awards summary report, the genetically evolved variant of LovD acyltransferase from E. coli uses DMB-SMMP as the acyl donor to make the water-insoluble ammonium salt of simvastatin. The only coproduct of simvastatin synthesis is methyl 3-mercaptopropionic acid, which is recycled. The final yield of simvastatin ammonium salt is more than 97% at a loading of 75 g/L of monacolin J. It avoids the use of several hazardous chemicals including tert-butyl dimethyl silane chloride, methyl iodide and n-butyl lithium. More than 10 metric tons of simvastatin have been manufactured using this new process (1).

Pfizer also employed a more environmentally approach in developing a biocatalytic route to making atorvastatin, the active ingredient of Lipitor and submitted the process as an entry for consideration to the US EPA's Presidential Green Chemistry Challenge Awards (1). The new process incorporated a waterbased 2-deoxyribose-5-phosphate aldolase (DERA) enzyme at the beginning of the route to make a lactol from an amino aldehyde (i.e., 3-phthalimidopropionaldehyde; PPA) and acetaldehyde (1). The synthesis eliminated the use of cyanide or azide moieties to introduce nitrogen because it is already present in the lactol. In contrast to the original synthesis, the DERA enzyme set both stereocenters with high selectivity in water at room temperature. Converting the resulting lactol into isopropyl acetonide atorvastatin (IAA) involved only four high-yield chemical steps (oxidation, esterification, deprotection, Paal Knorr). The IAA product was isolated as a solid and IAA was converted to atorvastatin (1). The new synthesis eliminated the previous high-pressure hydrogenation step with its associated metal catalysts. It also avoided pyrophoric n-butyl lithium and its associated butane waste gas. FDA approved the new manufacturing process in April 2010, and Pfizer manufactured commercial-scale validation batches in 2011 and is currently transitioning to full-scale commercial manufacture, according to the US EPA's Presidential Green Chemistry Challenge Awards summary report (1).

The Grignard reaction is a well established reaction in organic chemistry, but it poses some challenges in scaling up to commercial scale: strongly exothermic activation and reaction steps; heterogeneous reactions with potential problems suspending and mixing the reaction mixture; and operational hazards posed by ethereal solvents such as diethyl ether (1). Eli Lilly developed safer Grignard chemistry using a continuous stirred tank reactor (CSTR) that allows continuous formation of Grignard reagents with continuous coupling and quenching operations, a process in which the company submitted an entry to the 2012 US EPA Presidential Green Chemistry Challenge Awards (1). According to the entry, the CSTR approach mitigated hazards by operating at small reaction volumes, performed metal activation only once for each campaign, and used 2-methyltetrahydrofuran as a Grignard reagent and reaction solvent, resulting in products with enhanced chemo- and stereo-selectivity. Relative to batch processing, the continuous approach allowed steady-state control and overall reductions up to 43% in magnesium, 10% in Grignard reagent stoichiometry and 30% in process mass intensity (1).

Imines are intermediates used in many pharmaceutical syntheses. Diaryl aldimines, for example, are used in the synthesis of the anticancer drug Taxol (paclitaxel) and the anticholesterol drug Zetia (ezetimibe) (1). Traditional syntheses of diaryl aldimines often require hazardous solvents and include energy-intensive, multihour reflux steps. Although some imine syntheses use more benign solvents or conditions, they still require long reaction times, recrystallisation, or other environmentally harsher procedures. Jacqueline Bennett, professor in the Department of Chemistry and Biochemistry, State University of New York (SUNY) Oneonta (US) and the SUNY Research Foundation (US), developed a process that used ethyl L-lactate as a solvent to synthesize imines. The process was submitted as an enty to the 2012 US EPA's Presidential Green Chemistry Challenge Awards (1). According to the awards summary report, the method was efficient under ambient conditions, required less solvent than other methods, had a median yield of more than 92% and had a median reaction time of less than 10 min (1). The resulting imines were generally sufficiently pure h without recrystallisation as the polarity of ethyl L-lactate was modulated by adding water. The starting materials remained dissolved, but the imine crystallised out of solution as it formed (1). Although traditional methods often drive reactions forward by removing water, this method drove the reaction forward by removing the product through crystallisation, according to the summary report (1). Bennett and her research team have synthesised nearly 200 imines using this method and filed a US patent for the process (1, 6).

Another interesting entry to the US EPA's Presidential Green Chemistry Challenge Awards involved the use of ethylene in fine-chemical synthesis developed by T. V. RajanBabu, professor in the Department of Chemistry, Ohio State University (US) (1). According to the awards summary report, practical methods using carbon feedstock sources as starting materials to form enantioselective carbon–carbon bonds are not common. A broadly applicable reaction using ethylene to install vinyl groups enantiomerically, as developed by RajanBabu, could have significant impact in fine-chemical synthesis.

RajanBabu and his team developed highly catalytic (substrate–catalyst ratio up to 7,412:1) protocols for nearly quantitative (isolated yields of more than 99% and highly selective (approximately 100% regioselectivity; enantiomeric ratios of more than 99:1) codimerisation of ethylene and various functionalised vinylarenes, 1,3-dienes, and strained alkenes. These reactions proceeded under mild conditions (–52 °C to 25 °C; 1 atmosphere of ethylene) to produce intermediates, such as 3-arylbutenes, which can be transformed to nonsteroidal anti-inflammatory drugs (NSAIDs) in two steps. These reactions consume both starting materials, leaving no side products. Successes include highly enantioselective syntheses of common NSAIDs, such as ibuprofen, naproxen, flurbiprofen and fenoprofen, from the corresponding styrenes and ethylene (1).

Cyclic and acyclic 1,3-dienes also underwent efficient enantioselective addition of ethylene. Syntheses of several 1-vinylcycloalkenes and 1-substituted-1,3-butadienes achieved yields up to 99%, according to the awards summary report (1). The approach has also been applied to other biologically relevant classes of compounds, including bisabolanes, herbindoles, trikentrins, steroid D-ring 20S- or 20R-derivatives, (–)-desoxyeseroline, pseudopterosin A–F, G–J and K–L aglycones, and helioporins (1).

Chemicals, intermediates, and reagents as well as byproducts of synthetic processes can have toxic properties and be present as impurities at low levels in an API or final drug formulation. The detection and removal of these impurities are of crucial importance to process chemists, particularly in the case of genotoxic impurities. One of the potentially genotoxic impurities based on structural alerts is acrolein, an a, -unsaturated aldehyde that is used as a building block in the production of pharmaceuticals (7). Researchers at MIP Technologies, a subsidiary of Biotage, and the Universität Dortmund in Germany recently reported on an approach for selective removal of acrolein from APIs using iodixanol as a model API. The acrolein scavenging performance of polystyrene- and silica- based aldehyde scavengers in organic media in the presence of the API iodixanol was tested. Several scavengers were tested, and the resins that the showed highest binding efficiency and selectivity were further evaluated. The most effective and selective scavenging was obtained with polystryene–amine, which removed up to 97.8% of acrolein and only 2.0% of iodixanol within 20 min using a batch-mode extraction procedure (7). 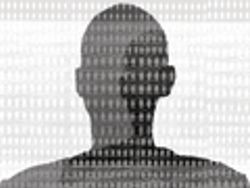 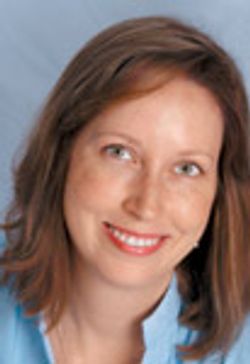 The Truth About Drug Shortages 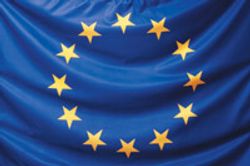