The US market for prescription drugs grew better than expected in 2009, but growth is still below historical levels.

The US pharmaceutical industry rebounded in 2009 despite concerns over slowing pharmaceutical growth, according to an analysis issued by IMS Health on Apr. 1, 2010. Although growth was more robust that had been projected, it was still below historical levels.

US sales of ethical pharmaceuticals and insulins through retail and nonretail channels increased 5.1% in 2009 to $300.3 billion, compared with growth of only 1.8% in 2008. “In 2009, demand for pharmaceuticals proved stronger than in the prior two years, yet remained at historically low levels,” said Murray Aitken, senior vice-president of Healthcare Insight for IMS.

IMS identified several factors contributing to US market growth in 2009, which included stronger demand for prescription drugs despite macroeconomic conditions. Dispensed prescription-drug volume in retail channels increased 2.1% in 2009 to reach 3.9 billion dispensed prescriptions. In 2008, dispensed-prescription volume in retail channels increased only 1%. The uptick in 2009 was primarily due to increased volume for existing drugs. Although the volume of new-therapy starts in 17 major chronic disease areas declined by approximately 1% in 2009, the volume for add-on therapy starts, switches, and refills increased by nearly 2% in 2009.

IMS also attributes better-than-expected growth in 2009 to sustained pricing practices by pharmaceutical companies and inventory-management actions by retail pharmacies at the beginning of 2009 to bring stocking levels in line with demand. Also, IMS also points to a lack of major product-safety issues and a reduced impact of patent expiries in 2009 compared with recent levels.

Teva was the only generic-drug company to make the listing of the top 15 US pharmaceutical companies, and it eclipsed five major innovator-drug companies: sanofi-aventis (Paris), Abbott Laboratories (Abbott Park, IL), Bristol-Myers Squibb (BMS, New York), Takeda Pharmaceutical (Osaka, Japan), and Boehringer-Ingelheim (BI, Ingelheim, Germany). sanof-aventis was ranked eleventh with US prescription-drug sales of $11.1 billion, and Abbott was twelfth with sales of $9.5 billion. BMS came in thirteenth with sales of $8.9 billion, Takeda fourteenth with US prescription-drug sales of $7.9 billion, and BI with US sales of $7.6 billion.

Product rankings
The top-selling prescription drugs based on value in the US market also underwent some change in 2009 compared with 2008, according to data from IMS. The top five spots were unchanged as Lipitor (atovastatin) by Pfizer retained the number one ranking, followed by Nexium (esomprazole) by AstraZeneca. Plavix (clopidogrel) from BMS and sanofi-aventis ranked third, and GSK’s Advair Diskus (fluticasone and salmeterol) came in at number four. AstraZeneca’s Seroquel (quetiapine) was ranked fifth in US prescription-drug sales.

Three products fell out of the top-selling products in 2009. Prevacid (lansoprazole) from Takeda, Effexor XR (venlafaxine) from Wyeth (now part of Pfizer), and Lexapro (escitalopram) from Forest Laboratories (New York). Several products moved up in their rankings. BMS’s Abilify (aripiprazole) moved to the sixth spot on US sales of $4.0 billion in 2009, up from number 12 in 2008. Takeda’s Actos (pioglitazone) moved up one notch to number eight with US sales of $3.4 billion. Remicade (infliximab) moved to the eleventh spot in 2009 from thirteenth in 2008 on 2009 sales of $3.2 billion. Remicade is from Johnson & Johnson, Schering-Plough (now part of Merck & Co.), and Mitsubishi Tanabe Pharma (Osaka, Japan).

The other drugs among the top-selling 15 products in 2009 also made the top rankings in 2008. These include Merck & Co.’s Singulair (montelukast), ranked seventh in 2009; Enbrel (etanercept) from Amgen, Wyeth (now part of Pfizer), and Takeda, ranked ninth in 2009; and Neulasta (pegfilgrastim) and Epogen (epoetin alfa) from Amgen, respectively ranked fourteenth and tenth. The rankings also showed that five biologic-based drugs were among the top-selling 15 products in 2009: Enbrel, Epogen, Remicade, Avastin, and Neulasta. 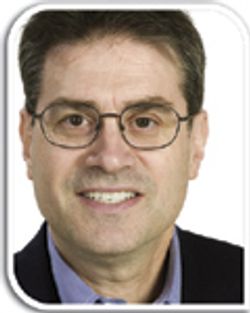 Time for a Model Upgrade