Covance's deal with sanofi-aventis demonstrates the power of scale and scope.

Market consolidation and the importance of size have been regular themes in 2010. A major deal in the early-development segment has once again underscored the primacy of these trends in the evolution of the pharmaceutical outsourcing sector.

The big deal is the 10-year services relationship between Covance (Princeton, NJ) and sanofi-aventis (Paris). The arrangement, which has a potential value of as much as $2.2 billion, has several key components. The key aspects are:

• Covance will acquire the research and development sites (R&D) of sanofi-aventis in Porcheville, France, and Alnwik, United Kingdom, for $25 million and maintain employment at those sites for 300 employees for at least five years

• Covance will receive from sanofi-aventis a 10-year, take-or-pay contract worth at least $850 million for additional services, including discovery, chemistry, Phase II–IV clinical research and postapproval services

• Covance will be designated as the sole provider of central laboratory services to sanofi-aventis for a 10-year period, with potential business valued at up to $1 billion during the 10-year period.

The Porcheville and Alnwick sites host a variety of early-development activities, including drug metabolism, toxicology, and bioanalytical testing. The sites also have capabilities for CMC development, including early-phase small-molecule active pharmaceutical ingredient (API) development and manufacture, preformulation, formulation, and radiolabeling.

Bottom-line impact
The deal with sanofi-aventis is certainly a big one for Covance. In two to three years, when the deal fully kicks in, Covance could generate $200 million or more in revenue. That gain represents a sixfold increase in the revenues that Covance will generate from sanofi in 2010 and is equivalent to 10% of Covance's total revenue for all of 2010.

Moreover, the deal protects Covance's preclinical margins at the two acquired sites by guaranteeing $350 million of billings for the first five years. That guarantee is extremely important, as there is a glut in preclinical testing capacity, which has hurt pricing and forced preclinical contract research organizations (CROs) to operate facilities with high fixed costs at low levels of utilization.

In fact, what has been particularly impressive in both the sanofi-aventis deal and the deal Covance struck two years ago with Eli Lilly (Indianapolis, IN) has been Covance's apparent ability to negotiate extremely favorable terms for itself. For one, it has been able to get very large take-or-pay or exclusivity agreements for relatively small initial outlays and very low risk. In good times, these arrangements often yield greater-than-guaranteed volumes, and in bad times they provide a degree of revenue certainty.

Covance has also used these deals to leverage the relationship beyond its core strengths in preclinical toxicology and central laboratory services to other R&D services where it is not necessarily a standout player, including Phase II–IV clinical research and other analytical services. In addition, the facility acquisitions have enabled Covance to gain valuable new capabilities, including API development and formulation capabilities in the sanofi-aventis deal.

Scale and scope
Covance's deals with sanofi-aventis and Eli Lilly are remarkable because of their large size and the broad scope of services they encompass. What does Covance bring to the table that is so convincing to its large pharmaceutical partners?

For one, Covance is probably the only CRO in the industry that has the scope of services and the scale of operations to offer such a comprehensive R&D package to a top-10 global pharmaceutical company. Other CROs can offer the combination of central laboratory and other clinical research services, and there are a few nonclinical CROs that can offer a comprehensive discovery/preclinical development package. However, no other CRO can offer a combined preclinical and clinical offering with such a large worldwide network of operations.

Further, we can assume that Covance has demonstrated a high level of operational prowess across its service offerings. Clients wouldn't be signing up for such large fixed commitments unless they were getting good performance from existing dealings with Covance and were convinced it could deliver. Finally, it has a strong balance sheet and a long record of profitability.

But is it strategic?
This Covance-sanofi deal is impressive, but is it really strategic? It doesn't seem to be a game-changer for sanofi. After all, sanofi spends $6 billion per year on R&D. When Covance is billing sanofi $200 million or more per year, that level will only amount to about 3.5% of sanofi's total R&D spend and less than 10% of its preclinical and clinical expenditures. Furthermore, we can assume that much of the work now guaranteed to Covance has been outsourced to other CROs, so by itself, it probably means only a marginal increase in overall outsourcing activity. sanofi is benefitting from saving the financial and political costs of closing two redundant facilities and garners some potential contract-management savings by reducing the number of CROs it is working with in this area.

As a truly strategic deal, this one falls short of some others we have seen, notably those struck by Lonza (Basel, Switzerland) to provide biologics development and manufacturing services for Novartis (Basel) and GlaxoSmithKline (London). In both those cases, Lonza is effectively substituting its own expertise and facilities for its clients' capabilities and taking principal responsibility for some very strategic elements of its clients' pipelines. The Covance–sanofi deal doesn't seem to go that far.

Although the clinical research arena has seen more preferred-provider deals in recent years, it's not clear whether we will see many more of the size and scope of Covance's deals with sanofi and Lilly. There have been several proposals floated by major pharmaceutical companies, but most have come to naught. A big part of the problem has been that the pharmaceutical companies haven't been willing to guarantee a sufficient volume of work to the CRO to justify the cost and risk of acquiring the facility. It takes a serious corporate commitment and senior executive leadership to do a deal like this, and few major pharmaceutical companies seem to be there yet. 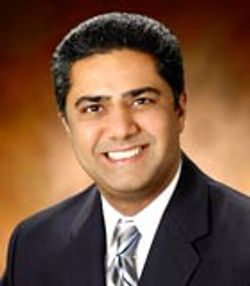 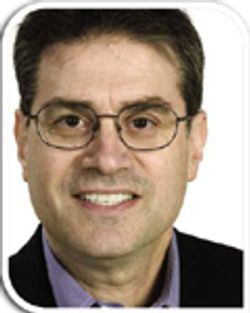