Adsorption of small drug particles at the surface of large excipients

Applications of adsorption of small drug particles at the surface of large excipients were introduced, and different factors affecting adsorption process were discussed and summarized. Several examples of adsorbing drugs to excipients to increase dissolution rate were exhibited in this article.

Adsorption of small drug particles on the surface of large excipients has been widely used in the pharmaceutical industry for various purposes, such as improving content uniformity of low-dose drugs, enhancing the dissolution rate for poorly water-soluble drugs and enhancing some special formulation designs. Achieving good content uniformity is a common challenge when manufacturing solid dosage formulations. One of the frequently used approaches is adsorbing small drug particles at the surface of large excipients by geometric mixing.1,2 For poorly water-soluble drugs, adsorbing small drug particles at the surface of large excipients can increase the dissolution rate by increasing drug surface area, and/or transforming drug from crystalline form to the amorphous form.3,4 Surface adsorption has also been involved in other pharmaceutical applications such as drug oxidation,5 granulation for oily medicines,6,7 and some special formulation designs.8,9

Many approaches have been used to achieve content uniformity for low-dose drugs, such as ordered mixing; pre-mixing with surface adsorbent to facilitate distribution; co-milling/sieving; and the addition of low-dose drugs in solution spray. Among those approaches, adsorption of drugs at the surface of excipients plays an important role.

Greco reported that adsorption generally plays a role when the average particle size is 400 μm in mixing.10 As a solid particle is reduced to a very fine level, surface effects become significant compared with the original particles. Four significant forces may be present at the surface of fine particles: van der Waal's, electrostatic, adsorption and valency. As particles are smaller than 100 μm, the electrostatic forces of adhesion become negligible compared with van der Waals forces involved in surface adsorption.11

Surface properties of excipients can also affect adsorption. Sallam and Orr reported that El-Cema G250, which has stronger adsorption sites on its surface, can help to achieve good content uniformity of low-dose drugs like ethinyloestradiol by breaking down agglomerates of low-dose drugs.1 Surface structure of excipients also plays a key role in surface adsorption.11 It was noticed that milled active frequently failed the blend uniformity criteria, but unmilled active batches could consistently meet the blend uniformity criteria. This could be because milling can affect the adsorption of actives on carrier surface by altering the surface properties of excipients.12 By adding lubricant magnesium stearate, the blending content uniformity of the milled batches can be significantly improved.

It is worthwhile noting that the quality of the final dosage form could be markedly affected by manufacturing processes, such as mixing, milling and granulation, through changing the adsorption process by altering carrier and active properties.

In addition to the factors mentioned, moisture content is critical in the adsorption process too.13-15 Nikolakakis et al. reported that the adsorption of fine antibiotic powders onto the surface of sorbitol was affected by moisture content and the state of adsorbed water by plasticizing sorbitol. Water forms an adherent monoparticle layer, and affects the capillary forces and hydrogen bonding interactions between sorbitol and the drugs, as well as masking the inter-particle forces. When stored under high humidity, adhesion in the mixture can be significantly increased by moisture adsorbed onto the surfaces of drug and carrier through capillary interaction between drug and excipient.

The dissolution rate of poorly water-soluble drugs can be enhanced by adsorbing them at the surface of large excipients because the surface area of drugs can be increased, and drugs in crystalline form may transform to the amorphous form. Many papers have been published on improving the bioavailability of poorly soluble compounds by enhancing the dissolution profiles of these compounds through solid dispersion approach, and some studies are listed in Table 2.16– 24 Improving the dissolution rate of poorly water-soluble drugs using surface adsorption was first reported by Monkhous and Lach.20,21 Drugs in an organic solvent were deposited onto an insoluble excipient with a large surface area such as silicon dioxide. During surface adsorption, besides particle size decrease, crystallinity decrease and polymorphic transformation can also contribute to the enhanced dissolution rate.4,16,17

Table 2. Some examples of using surface adsorbents for dissolution enhancement.

Boraie et al.19 reported that by solvent deposition of hydrochlorothiazide, a poorly water-soluble drug, onto adsorbents, such as Aerosil, microcrystalline cellulose (MCC), montmorillonite and modified starch, an obvious improvement of the dissolution rate was observed: 100% of the drug was released from tablets containing 50% Avicel, while only 32% was released from pure drug tablets. The weak physical bonding between drug and adsorbent was proposed to explain the rapid release of drug from the adsorbent surface.

However, by using controlled-pore glass (CPG), Yonemochi et al. have successfully improved the dissolution rate of several poorly water-soluble drugs by adsorbing them at the surface and pores of CPG using physical mixing.3,25 Pan also observed that indomethacin will transform to amorphous form by physically mixing with porous silica gel particles at room temperature.24 Heat-treatment of a physical mixture of 2-naphthoic acid (2-NPA) and polycrystalline cellulose (PCC) rather than MCC caused 2-NPA to transform to the amorphous form due to surface adsorption at PCC.27 PCC is derived from MCC, but with a larger surface area.

Neusilin US2 (magnesium alumino silicate), as a surface adsorbent, has significantly enhanced the dissolution of a poorly water-soluble drug, BAY 12-9566, using a combination of solid dispersion and surface adsorption.16 Gupta et al. has also used Neusilin US2 together with two solid dispersion carriers: poly(ethylene glycol) (PEG)8000 and Gelucire50/13 to improve the dissolution rate of seven different poorly water-soluble compounds.17 Drug adsorption onto Neusilin US2 through hydrogen bonding interactions was proposed to explain drug transformation from crystalline to amorphous form, and cause the increase in drug dissolution during storage.

The transformation of drugs in solid dispersion from amorphous to crystalline form is one critical obstacle to make solid dispersion a practical approach in the pharmaceutical industry.17,28

Because the free energy of the amorphous drug is higher than the free energy of the crystalline drug, crystallization may occur during storage, especially under high humidity.28 Utilization of a surface adsorbent like Neusilin can be one approach to solve the problem. However, this approach highly depends on the physical property of drugs, and sometimes less than 100% of the drug was released from strong surface adsorbent.24 For example, silicon dioxide has higher surface adsorption ability than lactose and potato starch for phenylbutazone, and can significantly improve the dissolution rate of phenylbutazone at high drug-to-excipient ratio.24

Hermosin et al. reported that compared with attapulgite, sepiolite could be a relatively good excipient for drugs, such as hydrocortisone, which degrade by oxidation because it does not significantly accelerate the oxidative degradation of hydrocortisone.5 Both sepiolite and attapulgite are members of the fibrous mineral group of clays, and can adsorb hydrocortisone onto their surface through a weak adsorption mechanism.

One important difference between sepiolite and attapulgite is that sepiolite is relatively free of surface ferric iron, which makes sepiolite compatible with drugs such as hydrocortisone that degrade by oxidative degradation. Maximum adsorption occurs at pH 7–8.5, and drugs can be easily washed away from the surface of sepiolite, which suggests that the bioavailability of neutral drugs will not be affected because of surface adsorption.

During storage, the sublimation of drugs like bromhexine HCl (BHCl) from solid dosage formulations and loss of drug potency can be prevented by selecting suitable excipients based on their surface adsorption capacity.29,30 It was observed that BHCl prefers to adsorb to the surface of magnesium aluminum silicate (MAS) rather than to the package material polyethylene film. The adsorption to MAS was accelerated at high temperature and reduced pressure, and the BHCl adsorbed onto the surface of MAS was amorphous rather than crystalline. BHCl could also adsorb onto many other solid excipients, such as kaolin, Avicel PH101 and 102, which can be affected by many factors. For example, higher pH and decreased particle size favour adsorption of BHCl at MCC. Within the range of 20–46 °C, temperature did not affect adsorption of BHCl on MCC, and thermodynamic analysis showed that both entropy and enthalpy changes favour the adsorption on MCC. Overall, selecting suitable excipients to keep BHCl from sublimation during storage proved a very useful application of adsorption at solid surfaces.

As a common phenomenon in pharmaceutical development, surface adsorption has been used in different applications. Some of them are listed in Table 3. 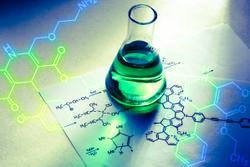