The birth of "the pill" and harmonization created a new paradigm for global standards.

June is a big month for weddings, and it stands to reason that it would also be a big month for anniversaries. So it seems appropriate that this season also marks the anniversaries of two important events in the history of the pharmaceutical industry. The birth control pill was approved 50 years ago in May; and the International Conference on Harmonization (ICH) was born in April 1990. The two events are not unrelated, for each exerted an important impact on pharmaceutical regulations.

Enovid, the first commercially available oral contraceptive first received FDA approval in 1957 to treat certain menstrual disorders. So G.D. Searle, the pill's manufacturer, anticipated the drug to breeze through FDA approvals when in October 1959, the company filed to market the drug as a contraceptive. They were wrong.

FDA sat on the application. Whereas the agency had previously required drug manufacturers to provide clinical evidence that a drug was safe, the agency now demanded that Searle provide evidence that Enovid was also effective for its intended use. Why had FDA changed its stance? Until that time, FDA had been asked to consider drugs to treat illnesses. Enovid presented the first case where a manufacturer proposed to give drugs to healthy people, and FDA, according to an account of the drug's approval history detailed in a PBS/American Experience documentary on the subject (http://www.pbs.org/wgbh/amex/pill/peopleevnets/e_fda.html), felt uncomfortable with the proposition. Thus was initiated the largest clinical drug trial ever run up to that point. During the trials, 897 women took 10,427 cycles of the drug with no side effects considered harmful at the time. In May 1960, Enovid finally received approval for contraceptive use with the proviso that it be used for a period of no more than two years at a time. The importance of this approval for women's social history are well documented. The other key consequence is that all drugs must now demonstrate evidence of both safety and therapeutic efficacy in clinical trials before they can receive FDA approval.

Enovid's approval and the FDA's increased stringency were both obscured by the tragic consequences in Europe of the drug Thalidomide on children born to mothers who had taken the drug as a sedative. The Thalidomide debacle "revealed that the new generation of synthetic drugs, which were revolutionizing medicine at the time, had the potential to harm as well as heal," and so ushered in a period during the 1960s and 1970s of a rapid increase in "laws, regulations and guidelines for reporting and evaluating the data on safety, quality and efficacy of new medicinal products," according to an account of the history of ICH on the organization's website. During this time, the industry started becoming more international, but the registration of drugs remained a national responsibility. Technical details of drug manufacture had diverged to a point that, according to the ICH website, "industry found it necessary to duplicate many time-consuming and expensive test procedures," in order to market drugs internationally.

Both trends—increasing regulation and increasing globalization—continue to this day. In fact, the pace of both is hastening. New chemistries and new classes of therapeutics bring new regulations. In addition, the potential for personalized medicine and comparative effectiveness research will likely drive drug companies to discover not only safer but more effective and more targeted drugs, which will in itself push regulatory bodies into new directions.

The rise in globalization expands the number of markets into which manufacturers can sell drugs, and also expands the choice of suppliers from which manufacturers may buy equipment and ingredients. These twin conditions mean that drug companies may sell larger quantities of drugs—and therefore realize greater profits, all the while holding costs down by having more suppliers. But it also produces a situation where drugs could vary from one to the next geographic region and places greater importance on developing a global quality standard for finished products and for the ingredients that go into them.

Michelle Hoffman is editor-in-chief of Pharmaceutical Technology. Send your thoughts and story ideas to mhoffman@advanstar.com. 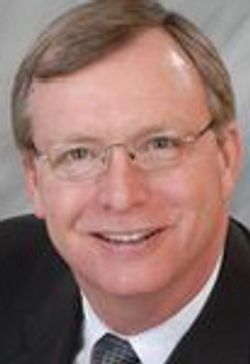