The biopharma industry is growing at 14-15%, but efficiency demands and lack of skilled labor may impact performance.

The biopharmaceutical industry is dynamic and complex, and in addition to the overall consistent 14-15% industry growth, data from BioPlan Associates’ 2017 14th Annual Report and Survey of Biopharmaceutical Manufacturing (1) shows that key trends are affecting this growth. These include the following:

These general trends are also impacting more specific aspects of the industry. For example, current and future capacity and production are already being hit by the inability to hire and train staff-in fact, more than 50% of bioprocessing facilities are experiencing capacity problems this year due to difficulties hiring certain operations staff. Hiring problems will continue to increase as the industry expands. These human resources issues may ultimately also create quality problems, and are already increasing demand for technologies that reduce staffing, such as automation and single-use device applications. Even outsourcing to contract manufacturing organizations (CMOs) may well be challenged if CMOs continue to experience growth and hiring problems.

Trend number one: Greater demand for manufacturing efficiency and productivity

Many of the trends in the bioprocessing industry are being driven by perceived needs for improved efficiencies, quality, and cost reductions in manufacturing processes. Companies invest in technology and innovation so they can more with less. To remain competitive, better ways are needed to:

The largest portion of survey respondents, 16.4%, noted that “Manufacturing Productivity/Efficiency” was the “single most important biomanufacturing trend or operational area on which the industry must focus its efforts, 2014–2017.” Essentially, all of the top three-and most other cited trends or operational areas-are related to cost savings though increased efficiency and productivity (see Figure 1).

Downstream purification including chromatography continues to be the area cited as requiring the most technological improvements. Yet, other recent BioPlan studies confirm that downstream yield improvements remain much more resistant to change. This year, 74.3% of respondents reported their facility was experiencing at least some capacity bottleneck due to downstream processes. Overall, respondents are experiencing a higher level of bottlenecks than seen in 2011–2015. Approximately 10% reported that their facility is currently experiencing “serious” downstream bottleneck problems. CMOs perceive downstream bottlenecks as more serious, with 60% of CMO respondents reporting either “Serious” or “Some” capacity constraints due to downstream processing. “Serious” capacity constraints were also reported much more frequently by European vs. US respondents, 11.5% vs. 5.7% (see Figure 2).

Biosimilar product development continues worldwide, and appears to be accelerating now that the US biosimilars’ market is coming online. The Biosimilars/Biobetters Pipeline Database (2) reports nearly 850 biosimilars (including biogenerics) in development or marketed worldwide, including approximately 125 in clinical trials; and more than 515 biobetters in development or marketed worldwide, including more than 200 in clinical trials. With such a healthy development pipeline, within approximately five years, biosimilars will outnumber reference and other innovative products, including in the US market. This increase will change the underlying nature of the biopharmaceutical industry, as biosimilar products eventually affect overall sales. CMOs are also reporting increased business, about 15% increase in revenue, attributed to biosimilars development projects.

Biosimilars are resulting in a number of new players entering the biopharmaceutical industry. Established drug companies, including Big Pharma, startup and virtual companies, foreign companies, generic-drug companies, and others are working to develop portfolios of biosimilars. The United States remains a primary location for biosimilar R&D and the largest market for biosimilars. Europe, India, and China are the other major centers for biosimilars development and marketing. A good portion of the new bioprocessing facilities and process lines have recently come online or under construction and will be solely or largely devoted to biosimilars manufacture.

And the industry itself expects to see continued adoption. A significant majority (66%) expect their own facility to involve at least 50% of its substantial unit operations to be done using single-use system devices (see Figure 3).

India, China, and other regions are rapidly increasing their domestic manufacturing capabilities; however, most of the current products are developed for home markets, including biogenerics (i.e., non-GMP biopharmaceuticals for lesser-regulated markets). While these are fast-growing geographic areas for biopharmaceutical R&D and manufacturing, little (as yet) involves innovative products. Growth in capacity and  new and expanded facilities coming online are most rapid in China, India, Korea, and Singapore, but some of these countries’ capacities are growing from low baselines.

Most biogeneric developers aspire to bring their products as biosimilars into major highly-regulated markets. But it will take years for developing country-based facilities (aside from a few outliers) to develop major market-friendly GMP manufacturing capabilities. Besides physical plant and needed staff expertise, improvements are needed in business culture, including aspects that have fostered persistent fraudulent data manipulation.

This year, the BioPlan survey includes data from interviews with 50 Chinese and more than 100 Indian bioprocessing professionals. Among the attributes noted as most required in Chinese facilities to enable international sales/competition are:

Bioprocessing industry trends and innovation speeds discovery and can drive down costs and improve productivity. The current situation in biopharma is exciting, with new technologies, biosimilars, cell and gene therapies, and opportunities in emerging markets. 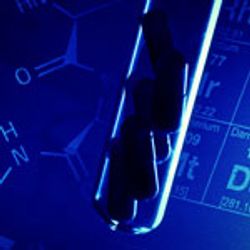