Understanding the relative strengths and weaknesses of different endotoxin test methods is crucial to maintaining quality and patient safety.

Endotoxins are small, hydrophobic molecules that are part of the lipopolysaccharide complex that forms most of the outer membrane of Gram-negative bacteria (1). They are released when the bacteria die and their outer membranes disintegrate, triggering the toxicity mechanism of the fractionated lipopolysaccharides. To ensure patient safety, endotoxin testing must be carried out, not only on end-product medical devices or injectables, but also on the raw materials that are used to make them.

Despite this requirement, endotoxin testing is often overlooked, and many manufacturers may rely too much on sterility testing. As described in the harmonized European, United States, and Japanese pharmacopeias (2-4), sterility testing will detect live microorganisms, including Gram-negative bacteria. If these bacteria are destroyed during the sterilization process, however, endotoxin will be released and will remain undetected.

Failure to detect endotoxins can have harmful, or even fatal, effects. When bacteria and endotoxin enter the bloodstream, they trigger an immune response, usually inflammation, the release of cytokines such as interleukin 1, and the production of tumor necrosis factor. The release of cytokine signals cause neutrophils to migrate toward the point of infection. This migration usually leads to phagocytosis of all associated organisms and proteins. When the host’s immune system is weak, or a high level of infection is encountered, the bacteria can cause sepsis and its associated risks.

The dangers of endotoxin exposure

The importance of endotoxin testing is clear when looking at how susceptible and sensitive humans are to even minute amounts of endotoxin. Endotoxins may be introduced into the bloodstream through contaminated intravenous devices or medications. Exposure to the compounds results in fever, inflammation, and endotoxemia. When left untreated, it has the potential to cause sepsis (5), resulting in septic shock, which is responsible for 44,000 deaths in the United Kingdom (6) and approximately 200,000 deaths in the US (7) each year.

Ensuring that equipment and medication are free from endotoxin is particularly important when caring for vulnerable patients, including the elderly, those in intensive care, and infants. For example, sudden infant death syndrome (SIDS) has been linked to varying levels of endotoxin present in the bloodstream (8).

It has also been shown that endotoxin exposure can damage nerve axons directly or indirectly (9), suggesting that it is an essential factor in the pathogenesis of critical illness polyneuropathy (CIP) in sepsis. This article describes and compares the analytical methods used to detect bacterial endotoxins.

Currently, detection methods include the rabbit pyrogen test, described in European Pharmacopoeia (Ph. Eur.) 9.0 2.6.8. and United States Pharmacopeia (USP) <151> (2,3), which consists of injecting live rabbits with the injectable product and monitoring for an increase in body temperature.

Alternatively, in-vitro tests such as the monocyte activation test (MAT) and methods that use limulus amoebocyte lysate (LAL) are widely relied on for the detection of bacterial endotoxin. LAL is an aqueous extract of amoebocyte cells found in Limulus polyphemus, the Atlantic horseshoe crab. The main methods that use LAL are gel-clot, chromogenic, and turbidimetric.

The gel-clot method is the simplest LAL test and is used to detect the presence or absence of endotoxin in the prepared sample. When endotoxin encounters LAL, it initiates a series of enzymatic reactions. The activation of this pathway results in the production of at least three serine protease zymogens: Factor C, Factor B, and a proclotting enzyme (10). These enzymes alter the amoebocyte coagulogen present in LAL to form a detectable gel-clot.

LAL testing should always be performed to the test manufacturer’s recommendations. Usually, testing is performed by adding equal parts reconstituted lysate to prepared test sample in a 10- x 75-mm depyrogenated soda lime glass reaction tube. Test material should be processed (e.g., using a vortex mixer), for at least 30 seconds, and then placed in an equilibrated heating block or water bath at a temperature usually 37 ± 1 ºC.

After inserting the first tube, the timer should be set for 60 minutes (or whatever time fthe lysate manufacturer has validated and recommended) and the tube left undisturbed until the incubation time has elapsed. While samples are tested, a standard curve with at least four known endotoxin values must be drawn to prove the sensitivity of the lysate (Table I).

If a clot has formed and remains intact at the bottom of the tube, the result of the test is positive, showing that the concentration of endotoxin in solution is equal to or greater than the sensitivity of lysate used. Where no clot forms or the clot breaks when inverted, the result is negative, and the amount of endotoxin present in the solution is less than the sensitivity of lysate used.

The gel-clot method is thought to be the most sensitive and accurate LAL test, giving fewer false positives and being less susceptible to interference than other methods. It is used as the standard test for many products that are listed in the Ph. Eur., USP, and Japanese Pharmacopoeia (JP), and has become the default method used by regulatory authorities to confirm the presence of endotoxin in materials and product, should there be any questions of test accuracy.

However, it is a time-consuming process. Currently there is no automated procedure for this method, which also requires an operator to read and interpret test results, adding potential for bias or human error. A number of factors can affect the results obtained, including but not limited to:

The chromogenic method was first developed in 1977, where it was determined that the hemocyte lysate of a horseshoe crab would hydrolyze specific amino acid sequences containing the chromophore pNA (p-nitroanilide) (11). This method uses synthetic chromogenic substrate containing a specific amino acid sequence, which mimics the cleavage site in coagulogen. Endotoxin-activated LAL cleaves this site, causing the release of pNA, which gives the assay its distinctive yellow color.

The pNA molecules absorb light at the specified and validated wavelength, and the chromogenic assay measures the absorbance of light at this wavelength. The degree and rate at which light is absorbed is directly proportional to the amount of endotoxin within the sample.

Testing is performed in duplicate, by adding equal parts reconstituted lysate to each test sample and incubating at 37 ± 1 ºC. Both sample and reagent are placed in an absorbance microplate reader, and the reaction is automatically monitored over time for the appearance of a predetermined absorbance change.

The pNA released is measured after diazo-coupling photometrically, at 405 nm, continuously throughout the incubation period. The reaction time is inversely proportional to the amount of endotoxin present; a log/log correlation between the reaction time and the endotoxin concentration is plotted.

For the kinetic method, the concentration of endotoxin in a sample is calculated based on its reaction time compared with the reaction time of the endotoxin standard curve (Figure 1).


The end-point-chromogenic method reads the value of endotoxin in each sample only after a predetermined incubation period has elapsed. Both methods use a standard curve that requires a minimum of three known endotoxin concentrations.

Results can vary, however, as shown by a wide range in the coefficient of variation (CV), which measures precision in testing. Results for this method are only valid when CV values are ≤10% or ≤25%, depending on the requirements set by the lysate vendor. The higher the CV% value is, the more variation there is between the two test replicates, meaning a lower level of precision for the result.

Because it is user friendly, the chromogenic method is often the “go to” method for many labs, but the sensitivity of the test means that interference can be an issue. This interference can be caused by products that denature proteins, bind endotoxin, and cause precipitations.

Sometimes samples may turn a specific color when exposed to the LAL, which can cause interference with test results. For instance, some serine proteases may yield false positives, simply due to their color in solution.

The turbidimetric method measures either the time required for the reaction mixture to reach a predetermined absorbance or transmission level or the rate of turbidity development (2). It is an automated, modified extension of the gel-clot test. The modified LAL reagent is altered to contain a lower quantity of coagulogen, resulting in a turbid mixture unable to form a solid clot when exposed to endotoxin (12). The advantage of using the turbidimetric method over the simpler gel-clot method is that it gives a quantitative result, showing the level of endotoxin in the sample solution.

In this approach, an equal mixture of sample and reconstituted lysate should be incubated at 37 ± 1 ºC, and the turbidity or optical density (OD) of the mixture can be measured at each specified and validated wavelength continuously throughout the incubation period. The reaction time (i.e. ,the time required for the mixture to reach onset OD) is inversely proportional to the amount of endotoxin present. Therefore, by spiking the sample with known quantities of endotoxin in sterile water and creating a standard curve, the quantity of endotoxin present in the mixture can be calculated.

The end-point-turbidimetric method is performed in the same way as the end-point-chromogenic method. The result given by the turbidimetric method can be altered when testing blood, plasma, serum, and similar materials, but it is particularly sensitive to interference from suspended or turbid products, which can result in false positives.

All methods described in this article have been approved by Ph. Eur. 9.0 2.6.14, USP 40 <85>, and JP XVII 4.01. for medical devices, injectable materials, and the raw materials used to make them. Generally, one single endotoxin reagent should be used for each test, and endotoxin reagents from different manufacturers should not be mixed in any application.

As discussed, no method is perfect, and each has its advantages and disadvantages. Many scientists believe the gel-clot method yields the most accurate result when determining if endotoxin is present in a sample (12). Because the method is known to interact with fewer materials, its results are less likely to have been affected by inhibition or enhancement from the sample. Despite this fact, the amount of time that is required to prepare samples using this process has made it less popular for use in raw material testing in some laboratories.

The most significant advantage of kinetic and end-point methods over the gel-clot method is their ability to extrapolate a quantitative result. Being able to extrapolate results can be invaluable when testing raw materials because it can offer insights into potential sources of endotoxin contamination.

The chromogenic method is a high yield, user-friendly method but interacts with many different compounds, as does the turbidimetric method. As a result, validation using these methods can be time consuming.

An additional consideration is that one of the biggest factors that can cause analogous results is technician error. Until the endotoxin testing process can be fully automated, with minimal human interference, subjectivity may affect the interpretation of results.

The need for proper training

The best, and only, way to approach endotoxin testing is to try different methods, ensure that technicians are well trained in each one, and are fully aware of the strengths and limitations of each procedure, as well as the potential difficulties that individual samples may pose, and that due care and attention is taken at every stage.

Despite issues with some test methods, endotoxin testing is crucial to ensuring product quality and patient safety. Its importance as a quality control tool should never be overlooked. 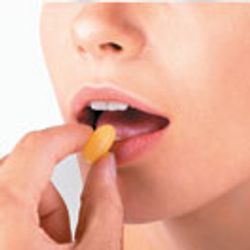 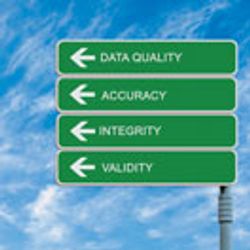