Published on: September 7, 2016
Cynthia A. Challener

Drug companies and CDMOs seeking greener routes to the production of complex APIs may look to biocatalysis.

Pressures on drug manufacturers to reduce development timelines and costs while also providing safer and more effective medications are driving the pharmaceutical industry to seek more effective, alternative manufacturing solutions. In addition to continuous processes, both branded drug companies and contract development and manufacturing organizations are seeking greener routes to the production of complex APIs--routes that consume fewer resources and produce less waste. Replacement of more traditional reactions mediated by transition-metal catalysts with those facilitated by enzymes, or biocatalysts, is one option receiving growing attention. Jim Lalonde, senior vice-president of R&D with enzyme engineering company Codexis, shares his perspective on the benefits of biocatalysis for API synthesis.

PharmTech: Why is biocatalysis considered to be greener than chemo (transition metal) catalysis?

Lalonde: Biocatalysis is considered to be greener than transition metal catalysis in some key regards. Using the comparison of Merck’s second-generation process for sitagliptin (Rh/Josiphos asymmetric hydrogenation) with its third-generation biocatalytic transaminase process is illustrative, as it meets the green chemistry principles of safety, atom economy, waste prevention, and energy efficiency. Firstly, we eliminated the use of rhodium, which is considered toxic and had to be removed with an absorbent (which also generated a solid waste). Secondly, we eliminated the need for high-pressure, high-temperature hydrogenation and replaced it with a process that runs at ambient pressure and near ambient temperature. This change makes the biocatalytic process inherently safer, less energy-consumptive, and less expensive. The hydrogenation had to be performed in an expensive, custom high-pressure reaction vessel, while the biocatalytic transformation is conducted in standard reactors. The use of the transaminase catalyst also eliminated several synthetic steps, gave a higher overall yield, reduced the solvent demand, and resulted in a high purity product. The latter is often a feature of biocatalytic processes with engineered enzymes, as we can ‘evolve’ the enzyme until we have one that meets or exceeds product purity requirements. This high degree of customization is not typically possible with transition metal catalysts.

PharmTech: What are the key changes that have led to growing interest in the use of biocatalysis in the pharmaceutical industry?

Advances in genetics (genomic databases and next-gen sequencing), high-throughput biochemistry and robotics, data analysis, and computational modeling have enabled the rapid development of novel, customized biocatalysts that are optimized for API manufacture with improved efficiencies and reduced costs.

PharmTech: When in the drug development cycle have biocatalysts most likely been used and why? Is this changing? If so, what is driving the change?

Lalonde: Biocatalysts are used throughout the drug development process, from discovery through clinical Phases I, II, and III, to commercialization and even for generic drugs. The biggest change, however, is that biocatalysis is now becoming a first approach, rather than one of last resort. GlaxoSmithKline and Merck, through licensing our technology, now have the ability to rapidly demonstrate proof of concept with custom biocatalysts during the development of first scale-up routes to produce kilogram quantities. This milestone typically occurs in Phase I or II. With the in-house capability to then optimize an enzyme in months, they can meet their clinical development demands with enzyme-based routes. The second major change, which is just beginning to take hold, is that enzymes can enable the rapid synthesis of complex drug molecules that are not easily made using traditional organic chemistry. Consequently, many more candidates can be synthesized early in discovery programs.

PharmTech: What are the most recent enzymes introduced to the market for API synthesis on a large scale? What might be expected in the next several years?

Lalonde: Examples of new enzymes recently made available for API manufacture include an acylase specific for simvastatin manufacture that can regiospecifically acylate monocolin J, eliminating the need for protection and deprotection steps; imine reductases that reductively couple ketones with amines for the convergent synthesis of secondary and tertiary chiral amine drug targets; large libraries of transaminases and ketone reductases capable of enantiospecific synthesis of primary amines and secondary alcohols; and oxidases for the manufacture of asymmetric sulfoxides like esomeprazole and armodafinil.

Of these transformations, currently there are only conventional catalysts for asymmetric oxidation, reduction of ketones, and asymmetric reductive amination. The enzymes are superior to conventional catalysts in that an enzyme with the targeted enantioselectivity can be developed for almost any substrate and is tolerant for virtually all functionality in the molecule.

In development, there are enzymes for direct hydroxylation of unactivated C-H bonds, enzymes for direct synthesis of amides (no need for protection, activation, or deprotection steps), enzymes for regiospecific glycosylation of hydroxyl groups, and enzymes for the site-specific conjugation of proteins. There are no conventional transition metal catalysts for any of these transformations.

PharmTech: What are the key advances in protein engineering and related technologies that have had the greatest impact on biocatalyst development in recent years? What might be expected in the next several years?
Lalonde: Current engineering advances are such that wild-type enzymes are no longer used, and virtually all biocatalysts are engineered. Computational advances, metagenomics, gene synthesis, and sequencing advances have had the largest impact. Computational advances include molecular modeling in which docking of a target substrate into enzyme models can be performed in silico with sufficient accuracy to dramatically accelerate development of suitable biocatalysts. Data mining and machine learning algorithms that can correlate the performance data for a biocatalyst with the structure of the enzyme also guide the design of more optimal enzymes.

Genomic databases, which contain sequence information on a vast and growing number of organisms, provide access to diverse enzyme starting points for engineering programs. The cost to synthesize and sequence genes has dropped exponentially, so we now typically sequence thousands of variants per week per development program. This information is used in the data mining algorithms. The combined effect of all of these advances is such that an enzyme development program that took several man-years a decade ago now can happen in a few months.

Current molecular models of enzymes are static and based on X-ray crystallography, which is only a snap shot of a dynamic structure. As computational models improve with increased computational speed, we can expect to develop predictive models for protein structure that do not require crystallographic structure determination and molecular dynamics that will better model the kinetics of catalysis. Using these predictive models, one should need to only make and test a small number of variants to come up with a commercial biocatalyst. We should also be able to expand the types of enzymes to ones that catalyze non-natural transformations that are desirable to organic chemists.

PharmTech: What about whole cell production of pharmaceutical intermediates and APIs? What is the state of this technology?

Lalonde: Whole cell production of pharmaceuticals has been established for decades for the manufacture of natural product drugs (e.g., antibiotics such as streptomycin and the immunosuppressant Tacrolimus). Semisynthetics, or drugs that are made from fermentation followed by chemical modification, often have enhanced efficacy, however. Recently, routes to natural and semisynthetic drugs that are rare in nature (e.g., artemisinin from the sweet wormwood plant and opiods from poppies) have been produced using synthetic biology; the complete biosynthetic pathway for these drugs has been installed in an easily fermentable yeast, vastly lowering the cost of production and simplifying the supply chain for these valuable drugs. In addition, we can now create enzymes that act on non-natural molecules and even ones that catalyze non-natural reactions, which will allow the direct fermentation of a much wider range of drug molecules.

Biocatalysis across the pipeline?

PharmTech: Is there anything else about biocatalysis as a green alternative that is worth noting?
Lalonde: We continue to be surprised by the breadth of chemistries possible using biocatalysis. Pharma companies estimate that anywhere from 25-75% of their pipeline can benefit from biocatalytic methods. In the area of drug discovery, there is a trend toward molecules of higher complexity with higher specificity and thus both lower dosage requirements and fewer side effects. Enzymes that have been designed for selective transformations allow the rapid creation of libraries of these complex molecules. 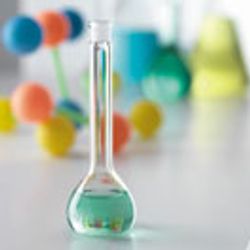 Putting Shelf-Life to the Test 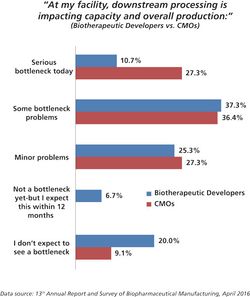