Early development services are not the most glamorous segment of the contract development and manufacturing organization (CDMO) industry, but these days they may be the hottest. Booming market demand is driving record growth, expansion, and acquisition activity.

Formulation development and manufacturing of early-phase clinical trial materials (CTM) historically have been some of the least attractive segments of the contract services industry from a business standpoint. Typically, price points were low relative to larger-scale manufacturing services, and client churn was high because projects were generally one-off engagements for emerging bio/pharma companies with short pipelines and limited funding. Further, the business had low barriers to entry and there were few economies of scale, so the industry remained highly fragmented.

Market and technical trends in recent years have drastically changed the significance and attractiveness of early development services. The serious formulation work is done in Phase II after proof-of-concept is demonstrated, and at that point, scale up and tech transfer to the commercial manufacturer is a much greater consideration. Commercial-scale contract manufacturing organizations (CMOs) have a strong interest in capturing the client at that point because they have the opportunity to retain the business as the product works through the development stages to commercialization. Clients have an interest in having the commercial CMO develop the formulation because they expect it will facilitate tech transfer with minimal need to change the formulation as it is scaled up.

Formulation development services
Formulation development has also taken on greater significance as delivery challenges have increased. For instance, today’s highly potent APIs often present major challenges for solubility and bioavailability that require more sophisticated formulations such as amorphous solid dispersions produced with advanced technologies such as spray drying or hot-melt extrusion. Advanced expertise is needed to select the most appropriate formulation and processing technology. Specialized knowhow may also be required as bio/pharma companies seek novel presentations that can differentiate their products in the market (e.g., taste-masked or controlled-release formulations).

Development services have also been beneficiaries of the boost in drug development activity fed by record amounts of external fundraising. Total non-debt fundraising increased by approximately 50% to $31.5 billion, compared to $21.5 billion in 2014, according to data from the PharmSource Lead Sheet. With ample funding, clinical trial activity has been on the upswing. According to data from clinicaltrials.gov, Phase I and Phase II trial registrations declined from 2008 through 2013 when external funding was difficult to obtain, but registrations have been trending upward in the past two years.

Company investments
The increased demand for development services is showing up in the financial results of the few CDMOs that reveal them publicly. Catalent, Patheon, and the Metrics Contract Services unit of Mayne Pharma have all reported revenue growth of 20% or more for their development services businesses in the past year. Anecdotally, CDMOs report record levels of business and tight capacity that in many cases is forcing clients to wait six months for a project slot.

Not surprisingly, the demand for formulation and other development services is driving both capacity expansions and new investor interest. For instance, Patheon has established a new development services unit at its Greenville, NC, facility, while Catalent invested in its Kansas City, MO, facility as its center for solid-dose development. Injectables capacity is a particular focus, owing to the growth of biologics: Alcami has announced expanded capacity at its Charleston, SC, injectables operation, while Piramal Pharma Solutions has announced a $10 million expansion of its Coldstream Laboratories facility in Lexington, KY.

Lonza’s entry into the market is strong confirmation of the opportunity for formulation and other development services. The company will launch formulation and analytical development in the fourth quarter of 2016; preclinical and GMP-compliant clinical supplies manufacturing will begin in 2017. The new drug product services offering will focus on parenteral dosage forms and will include specialized analytical services, such as particulate identification, characterization, extractables and leachables, and container/closure integrity testing.

Adding clinical-scale drug product development and manufacture gives Lonza a more complete offering to help customers get into the clinic and makes the company more competitive with other biologics CDMOs. Its strategy for the business is to lead with strong technical capabilities, which will distinguish it from those fill/finish CDMOs that have no or limited pre-formulation and formulation capabilities.

Acquisition activity has picked up in the development services space in response to improved demand. At the end of 2015, Capsugel acquired Xcelience (Tampa, FL) and its Powdersize micronization unit (Quakertown, PA). They have become part of Capsugel’s Dosage Form Solutions (DFS) business unit, which includes Bend Research (Bend, OR) and Encap Drug Delivery (Livingston, UK).

The acquisition builds out the Capsugel DFS by adding micronization to DFS’s portfolio of solubility- and bioavailability-enhancing technologies, which already include spray drying, hot-melt extrusion, liquid-filled hard capsules, and softgels. Further, it bolsters Capsugel’s capabilities and capacity in analytical testing, formulation, and CTM manufacture of solid-dose products.

Other recent deals in the early development arena include AMRI’s acquisition of Whitehouse Laboratories, a provider of analytical testing services; and Amatsigroup’s (Fontenilles, France) acquisition of Q Biologicals (Zwijnaarde, Belgium). Amatsigroup is a private equity-backed French CDMO that has rolled up some smaller operations in France and Belgium. It is under the radar of most US-based companies but has now reached revenues of more than $33 million (€30 million), which is decent for a standalone development services company.

One situation worth watching is whether preclinical contract research organization (CRO) Charles River Laboratories decides to ramp up its presence in the pharmaceutics arena. Charles River, which has revenues of $1.4 billion, recently announced plans to acquire WIL Research, whose QS Pharma unit provides formulation, analytical, and CTM manufacturing with revenues of more than $50 million for those businesses. Charles River already has a major position in analytical testing for large-molecule analytical testing and CEO James Foster indicated at January’s JP Morgan Healthcare Conference that CMC services could be a new growth avenue for Charles River.

So the formulation and CTM services space is very much in play as its participants experience high double-digit growth. There are only a few independent service providers left in this segment of the industry so there aren’t many significant deals left to be done, but it is a part of the industry that is rapidly maturing. 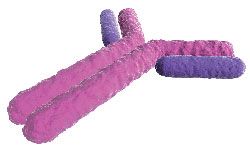 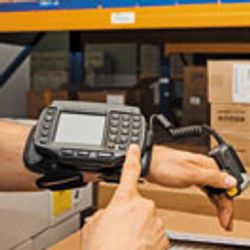