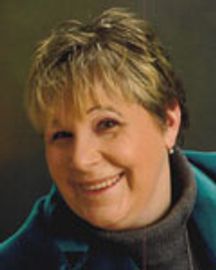 Q. What is a deviation and do all deviations need to be investigated?

A. A deviation is when there is a failure to follow the instructions guiding the performance of how an activity should be executed for optimal results. Simply put, deviations result from people not following their standard operating procedures (SOP), work instructions, batch record instructions, or other documents that explain what needs to be done in performing certain functions or tasks. Deviations relate to non-compliance and are a serious issue. While not all deviations are equal in their impact on product and quality, all should be investigated.

Q. What is a planned deviation?

A. In our opinion, there is no such thing as a planned deviation. Planned deviations were supposed to justify changes from SOPs that would be utilized to carry out the operation over a certain period of time. The current thinking by regulatory authorities is there is no such thing as a planned deviation. During a breakfast session at the 2018 PDA/FDA Joint Regulatory Conference, a representative from the FDA stated, “it’s a very strange term, and it kind of makes your skin crawl a little bit” (1). If you need to make a change to a procedure for a short period of time, we suggest you use the change control system to document the change. This may seem like a picky point, but until the change is evaluated for its impact on the process validation requirements and formally documented in a change control, encouraging the deviation’s continued use is supporting a posture of non-compliance.

A. There is no single best process for investigating deviations. The ultimate goal of deviation investigations is to determine why something went wrong, what caused it to go wrong, and how to address the issue and prevent its recurrence. To achieve successful resolution of deviations, keep the following general considerations in mind:

Q. Why is human error not an acceptable finding for deviations?

A. The overuse of human error as a root cause to a deviation represents lost opportunities to reduce future issues by masking the identity of the true root cause. Herein is the human error in Human Error. The question that needs to be asked during the initial investigation into a deviation is what caused the employee to make the human error? Asking this question early in the investigation leads to better root cause identification and opportunities for continued improvement.

Let’s look at an example that might help clarify why human error can mask the real root cause of a deviation. Suppose, for example, you have a second shift manufacturing operator who continually forgets to sign a step in the batch record for a specific product. This operator is the only one who seems to have this issue. Your initial investigation into the first occurrence of the issue determines a root cause of human error. Because the operator works on the second shift, it is inconvenient to interview him directly, so you rely on the word of his supervisor that this was just a case of human error. You decide to retrain the operator on the proper use of filling out the form and skip the operator interview in order to complete the investigation and perform the retraining in the allotted 30-day time frame. This scenario repeats itself 10 times over the course of four months. You finally decide to interview the operator directly. When you talk to the operator, he informs you that in order to sign the batch record when it needs to be signed, he needs to exit the aseptic core, degown, sign the batch record, and regown, leaving the product unattended during that time. The operator tells you he chose to stay with the product and sign the batch record later but sometimes forgot after the manufacturing run. In this simple exchange with the operator, you realize that the root cause of the repeat deviation is not a result of human error but a result of poor process flow.

Q. How much time should I allow for a deviation to be investigated?

A. The length of time it takes to complete an investigation depends on the complexity of the investigation. Simple deviations can be completed in a short time frame, but more involved deviations will take longer to complete. We recommend you set a time frame that is reasonable for your organization. For example, you might indicate that deviations will be investigated and completed between 30–60 days after the deviation was documented. This gives you some flexibility.

A. No. OOS results need to be investigated separately and quickly due to the potential impact to the product. If the root cause of the OOS cannot be attributed to laboratory error, you should initiate a deviation/investigation to determine what happened during product manufacturing that attributed to the erroneous laboratory result.

When referring to this article, please cite it as S. Lynn and S. Schniepp, “Frequently Asked Questions on Deviations,” Pharmaceutical Technology 45 (4) 2021.