Led by strong demand for oncology drugs, high-potency manufacturing continues to be an active area of investment, particularly for antibody drug conjugates (ADCs). ADCs, which consist of a monoclonal antibody (mAb) chemically linked to a small-molecule therapeutic, are a promising modality for certain therapeutic areas. ADCs are attracting the interest of both small and large pharmaceutical companies in their drug-development efforts as well as contract manufacturers specializing in high-potency manufacturing.

The potential of ADCs was affirmed earlier this year when Roche's Genentech received FDA approval for Kadcyla (ado-trastuzumab emtansine or T-DM1) for treating HER2-positive metastatic breast cancer (mBC). The drug combines trastuzumab (Herceptin), which targets human epidermal growth factor receptor 2 (HER2) receptors with a maytansine derivative DM1, a small-molecule cytotoxin that binds to tubulin to prevent microtubule formation, through a stable thioether linker (4-[N-maleimidomethyl] cyclohexane-1-carboxylate) (1–3). Roche/Genentech has more than 25 ADCs in development, with eight ADCs in Phase I or Phase II studies for different types of cancer.

Kadcyla is the first FDA-approved ADC for treating HER2-positive mBC, and one of the few commercially approved ADCs. In August 2011, FDA approved Adcetris (brentuximab vedotin), codeveloped by Seattle Genetics and Millennium Pharmaceuticals (now part of Takeda Pharmaceutical). Adcetris consists of three parts: the chimeric IgG1 antibody cAC10, specific for human CD30, the microtubule-disrupting agent monomethyl auristatin E (MMAE), and a protease-cleavable linker that covalently attaches MMAE to cAC10 (1, 2). Before the approval of Adcetris, the only other ADC approved by FDA was Mylotarg (gemtuzumab ozogamicin), approved more than 10 years ago in 2000. The drug, an anti-CD33 mAb conjugated to the cytotoxin calicheamicin, was developed by Wyeth (now part of Pfizer) and granted accelerated approval in 2000 but was voluntarily withdrawn by Pfizer in 2010 because a required Phase III trial failed to demonstrate a survival advantage (1, 3).

Pfizer suffered another setback in its ADC development program earlier this year, when in May, it discontinued a Phase III study for one of its investigational ADCs, inotuzumab ozogamicin, for treating non-Hodgkin lymphoma. The drug continues to be evaluated as a treatment in adult acute lymphoblastic leukemia. Inotuzumab ozogamicin was originally developed by Celltech (now UCB) before Pfizer acquired all manufacturing and development rights.

Pfizer, like other pharmaceutical companies, is partnering with smaller biopharmaceutical companies to advance ADCs. In June 2013, Pfizer formed a global strategic collaboration, worth up to $635 million, with CytomX to develop and commercialize multiple CytomX Probody Drug Conjugates (PDCs), propertiary ADCs of CytomX. Pfizer has exclusive rights to pursue development and commercialization of select PDCs. The companies will work together on preclinical research. Pfizer is responsible for development and potential commercialization of any selected PDCs with CytomX eligible to receive upfront, research, and preclinical milestone payments as well as potential tiered royalties.

In May 2013, Ambrx, a clinical-stage biopharmaceutical company, partnered with Bristol-Myers Squibb for the discovery and development of ADCs using Ambrx's protein medicinal chemistry technology. Ambrx will receive an upfront payment of $15 million, funding for discovery and research activities, potential development, and regulatory and sales milestones of as much as $97 million per product. BMS will have worldwide rights to develop and commercialize products resulting from the collaboration, and Ambrx is eligible to receive royalties on sales. In April 2013, Ambrx partnered with Astellas in an ADC deal worth up to $300 milllion. Ambrx received an upfront payment of $15 million from Astellas and may receive up to $285 million in potential milestones for an undisclosed number of targets for ADCs in oncology. Ambrx also inked a deal in ADC development with Merck & Co. in 2012. In June 2013, Ambrx partnered with the Chinese pharmaceutical Zhejiang Medicine (ZMC) to develop and commercialize ARX788, Ambrx's ADC targeting HER2-positive breast cancer. Ambrx and ZMC will continue the development of ARX788, with ZMC bearing the ongoing development cost. ZMC will manufacture the drug on a commercial basis. The CRO WuXi PharmaTech will develop and manufacture the toxin, antibody, and ADC as well as provide preclinical development and clinical trials.

The "new normal" in biopharmaceutical financing

In June 2013, Genmab and ADC Therapeutics teamed to develop a new ADC product combining Genmab's HuMax-TAC antibody and ADC Therapeutics' PBD-based cytotoxic and linker technology. In 2012, Spirogen announced a multiyear collaboration and license agreement with Genentech for the discovery and development of ADCs using Spirogen's PBD-based drugs and associated linker technology. Spirogen is primarily responsible for synthesizing and manufacturing drug reagents while Genentech is using Spirogen's drug reagents to generate ADCs and evaluate their potential therapeutic utility. Genentech has the exclusive license to fully develop and commercialize licensed products that contain these ADCs (3).

Mersana Therapeutics, which is developing ADCs using its Fleximer polymer and customizable linker chemistries, formed a $270-million collaboration with Endo Pharmaceuticals in early 2012. The Fleximer polymer is customized to improve the pharmacokinetics of targeting moieties, such as antibody fragments, and also to optimize the quantity of cytotoxic payload carried per targeted conjugate and the stability of the drug–polymer linkage as well as the targeting moiety–polymer linkage (3). In July 2012, Mersana received $27 million in venture-capital funding, which included investment by Pfizer Venture Investments. Biotecnol and PolyTherics formed a collaboration in 2012 for multispecific tribody drug conjugates to use Biotecnol's tribody technology with PolyTherics' proprietary site-specific linker technologies. Tribody molecules are multispecific antibody products that, from a single molecule, enable the targeting of two or three tumor antigens in the same disease or two or three epitopes on the same tumour target. PolyTherics' ThioBridge linker technology is a conjugation technology for creating more stable, less heterogeneous ADCs through site-specific linkage and rebridging of disulfide bonds (3).

In October 2012, Fujifilm Diosynth Biotechnologies formed a strategic alliance with Piramal for ADC production, whereby the two parties will offer contract development and manufacture of ADCs. Piramal offers ADC production at its site in Grangemouth, Scotland. Fujifilm recently announced an expansion of its cGMP manufacturing facilities at its sites in Research Triangle Park, North Carolina, and Billingham, UK. Novasep announced in 2012 a EUR 3 million ($3.9-million) investment to expand its highly potent API manufacturing capabilities at its Le Mans, France facility, which is part of the company's strategy to be positioned in the ADCs.

Earlier this year, Catalent Pharma Solutions acquired an exclusive license to market Redwood Bioscience's proprietary SMARTag protein-chemical engineering technology used in site-specific protein modification and linker chemistry for ADCs. Catalent will have the exclusive right to sublicense the SMARTagtechnology and will work with Redwood to comarket the technology and support sublicense programs. As part of the collaboration, Catalent will also take a minority equity stake in Redwood, which may increase over time up to a potential acquisition.

Companies also are expanding on the finished product side. In February 2013, Baxter International's BioPharma Solutions business began an approximately 1750-m2 capacity expansion at the company's fill–finish cytotoxic contract manufacturing facility in Halle (Westfalen), Germany. This expansion follows previous expansions in Halle in 2007 and 2011. In April 2013, Goodwin Technology and Coldstream Laboratories agreed to develop and manufacture high-potency, highly cytotoxic materials, such as small molecules, protein toxins, cytotoxic ADCs, and other bioconjugates. GBI will use Coldstream's cGMP platform of services, including analytical testing, formulation, liquid or lyophilized fill–finish, storage and shipment of manufactured highly-potent bioconjugates.

In May 2013, Penn Pharma successfully completed the first batch of coated tablets at its new contained manufacturing facility in South Wales, UK. The facility is designed for the clinical and commercial manufacture of tablets and capsules. In November 2011, Metrics began offering neat API capsule-filling at its potent and cytotoxic facility in Greenville, North Carolina. The company secured a Capsugel Xcelodose system, a powder microdoser and automated encapsulator that places API directly into capsules with a high level of accuracy. Metrics also installed a custom-built isolation system for the equipment. The company offers dedicated and segregated potent and cytotoxic cGMP manufacturing for Phase I–III projects. It opened a new potent and cytotoxic drug-development facility in 2009 as part of an expansion of the company's Greenville facility. 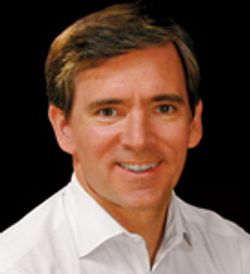 What Happened to Outsourcing in Asia?
Pfizer, Merck, Sanofi, and AstraZeneca Facing the Generic-Drug Squeeze