The pending merger of Pfizer and Wyeth provides Pfizer with greater strategic diversification, particularly in biologics, but only minimally addresses its generics exposure in the near term.

The proposed $68-billion merger of Pfizer (New York) and Wyeth (Madison, NJ) would create a pharmaceutical giant with estimated annual sales of $70 billion, adding to Pfizer’s already leading position as the top global pharmaceutical company. Analysts, however, point out that the deal may fall short of the mark for mitigating one of Pfizer’s pressing revenue needs: the anticipated loss of revenue relating to the pending expiry of the US patent for “Lipitor” (atorvastatin), Pfizer’s top-selling drug. The deal, however, provides Pfizer with much needed diversification, particularly in biologics, in a current product portfolio and pipeline that is dominated by small molecules.

Generics exposure
In announcing the merger last week, Jeffrey B. Kindler, chairman and chief executive officer of Pfizer, pointed to the opportunity the deal presents in creating a powerhouse in large and small molecules. “The combination of Pfizer and Wyeth provides a powerful opportunity to transform our industry,” he said in a company press release. “It will produce the world’s premier biopharmaceutical company whose distinct blend of diversification, flexibility, and scale positions it for success in a dynamic global health care environment. The new company will be an industry leader in human, animal, and consumer health. With our combined biopharmaceuticals business, it will lead in primary and specialty care as well as in small and large molecules. Its geographic presence in most of the world’s developed and developing countries will be unrivaled.”

Pfizer also sees the merger as an opportunity to address the anticipated revenue fall when its and the industry’s top-selling drug Lipitor faces US patent expiry in 2011. With global revenues of $12.7 billion in 2007 and $12.4 billion in 2008, Lipitor accounted for more than 28% of Pfizer’s total prescription pharmaceutical sales in 2007 and 2008, according to the research and consulting firm Datamonitor.

“Pfizer [is] one of the pharmaceutical companies expected to be hardest hit by the impending ‘patent cliff’ of patent expiries between 2008 and 2012 and thus subject to generic incursion, [so] shoring up its mature product portfolio is [a] priority,” said Datamonitor pharmaceutical senior analyst Simon King in a Datamonitor press release.“Most significant for Pfizer is obviously the loss of patent protection for Lipitor, which comes off patent in the US in 2011.”

For the full-year 2008, Pfizer reported total revenues of $48.3 billion, essentially flat compared with 2007 full-year revenues of $48.4 billion, despite the loss of exclusivity of “Norvasc” (amlodipine), “Zyrtec” (cetirizine), and “Camptosar” (irinotecan), which collectively decreased revenues by $2.6 billion. Full-year revenues were favorably affected by foreign exchange of approximately $1.6 billion, or 3%, and by the solid performance of many key products. Global pharmaceutical sales fell 1% in 2008 to nearly $44.2 billion from $44.4 billion in 2007.

For the full-year 2008, Pfizer posted reported net income of $8.1 billion, essentially no gain compared with the prior year, and reported diluted earnings per share (EPS) of $1.20, an increase of 3% compared with $1.17 in the year-ago period. This change was primarily attributable to the following: savings associated with cost-reduction initiatives; the 2007 after-tax charges of $1.8 billion related to the decision to exit “Exubera” (inhaled insulin); and the favorable impact of foreign exchange. These measures were offset by charges related to “Bextra”(valdecoxib) and other open investigations in the fourth quarter of 2008, an after-tax charge of $640 million resulting from the agreements in principle to resolve certain litigation involving the company’s nonsteroidal anti-inflammatory) pain medicines in the third-quarter 2008, and an increased effective tax rate.

Premerger, Pfizer faced sales contraction at a compound annual average growth rate (CAGR) of –3.5% through 2013 because of key patent expiries, including for Lipitor. Although the merger with Wyeth will mitigate a sales decline, the combined company will still face a decline in sales. Pfizer–Wyeth is forecast to have combined prescription pharmaceutical revenues of approximately $55 billion in 2013 compared with sales of approximately $61 billion in 2008, which is equivalent to a CAGR of –2.3% for 2008–2013, according to Datamonitor. This decline is also due to Wyeth’s exposure to generic-drug competition. Wyeth’s “Effexor ” (venlafaxine) and “Protonix” (pantoprazole) are due to lose patent protection in 2010 and “Tazocin” (piperacillin) lost patent protection in 2007.

Great diversification, particularly in biologics
Pfizer hopes, however, that a combined Pfizer–Wyeth will provide a more diversified portfolio. Under a combined Pfizer–Wyeth, no drug will account for more than 10% of the combined company’s revenue in 2012, according to Pfizer in its company press release. The combined company would have 17 products with annual revenues of more than $1 billion, according to Pfizer. According to Pfizer, the deal would also make the combined company the second largest specialty care provider, with products such as the anti-arthritis drug “Enbrel” (etanercept), the vaccine Prevnar, the anticancer therapy “Sutent” (sunitinib), the antipsychotic “Geodon” (ziprasidone), and “Zyvox” (linezolid).

Analysts also point to the value of the deal in broadening Pfizer’s drug portfolio, both in terms of drug technology and in areas of therapeutic focus. “Pfizer’s traditional focus has been on small molecules and the cardiovascular market,” says King. “This acquisition allows it to greatly improve its presence in the immunology and inflammation and infectious diseases sectors, and also to integrate Wyeth’s expertise in the biologic and vaccines markets.”

Cost-cutting remains a priority
Although the merger may have minimal immediate impact on the sales side, “there is a clear opportunity for cost savings through the elimination of duplicative activities in both companies,” said the Datamonitor release. Pfizer expects to create savings of $4 billion by 2012 or the third year after closing. “Likely cost-cutting initiatives within a combined Pfizer–Wyeth entity will continue a policy of cost containment that is already underway at Pfizer,” said Datamonitor. Pfizer says it expects to realize further savings in selling, informational and administrative functions, research and development, and manufacturing.

In announcing its earnings results last week, Pfizer says it will implement a new cost-reduction initiative, which is expected to achieve incremental cost savings of approximately $3 billion, at 2008 average foreign exchange rates, compared with 2008 adjusted total costs of $28.6 billion. The program is expected to be substantially complete by the end of 2010, with the full savings to be realized by the end of 2011. Approximately $1 billion of these savings will be reinvested in the business, resulting in an expected $2 billion net decrease in costs. With this initiative and a recently completed initiative, Pfizer expects to reduce adjusted total costs by about $4.8 billion while absorbing inflation and compensation increases.

As part of this cost-reduction initiative, Pfizer intends to reduce its workforce by approximately 10%. Reductions will span sales, manufacturing, research and development, and administrative organizations. The company also intends to reduce the number of manufacturing sites to 41 from 46 today, as well as reduce its facilities square footage by approximately 15%. In conjunction with this program, Pfizer expects to incur costs of approximately $6 billion on a pretax basis, of which $1.5 billion has been incurred.

In 2009, Pfizer expects to generate revenues of $44.0 billion to $46.0 billion, and adjusted diluted EPS of $1.85 to $1.95, which includes most of the anticipated $1 billion investment intended to create new sources of revenue. This also assumes a reduction in revenues of approximately $3.0 billion compared with 2008 directly related to the strengthening of the US dollar, said the company in the release.

Deal closing
Pfizer and Wyeth expect the transaction to close at the end of the third quarter or during the fourth quarter 2009. The proposed transaction is subject to customary closing conditions, including approval by the stockholders of Wyeth and notification and clearance under certain antitrust statutes. In addition, the proposed transaction is subject to Pfizer’s financing sources not declining to provide the financing due to a material adverse change with respect to Pfizer or Pfizer failing to maintain credit ratings of A2/A long-term stable/stable and A1/P1 short term affirmed. There are no other financing conditions to closing in the merger agreement. Pfizer says the transaction will be financed through a combination of cash, debt, and stock. A consortium of banks has provided commitments for a total of $22.5 billion in debt. 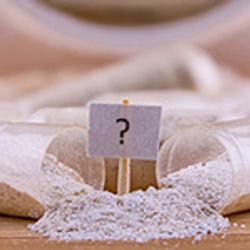