The cold chain for bio/pharmaceutical drugs involves controlling the temperature throughout the supply chain, and storage chambers are a crucial element. Cold, temperature-controlled chambers-from as small as a freezer to as large as a warehouse-are often used to store raw materials, intermediates, and finished bio/pharmaceutical drugs and are operated under cGMP. The International Society for Pharmaceutical Engineering (ISPE) recently released a Good Practice Guide for mapping and monitoring temperature-controlled chambers. The guide describes industry good manufacturing practices for using data to determine the location and number of monitoring sensors, as well as developing test acceptance criteria and using a risk-based approach to system performance review (1). The new guide is consistent with the ISPE Good Practice Guide: Cold Chain Management (2).

Pharmaceutical Technology spoke with Paul Daniel, senior regulatory compliance expert at Vaisala, about the types of sensors used for monitoring cold temperature-controlled chambers and best practices for mapping, placing, and maintaining these sensors.

PharmTech: What types of sensors are used for temperature-controlled chambers?

Daniel (Vaisala): Cold temperature monitoring is typically performed with one of four sensors: a thermometer, a thermistor, a resistance temperature detector (RTD), or a thermocouple. Monitoring does not require a high accuracy sensor for most applications, especially for cold temperatures, so most types of sensors can be used.

Glass thermometers containing alcohol, while simple, reliable, and inexpensive, are being used less frequently because they require human labor for daily checks and data recording, as well as compiling reports. There are many opportunities for error in reading the device, recording the data, and compiling the reports. They do continue to be used in some emerging markets and developing nations, where labor is inexpensive and higher-tech solutions are prohibitively expensive.

Thermistors, RTDs, and thermocouples determine temperature by measuring an electrical value, such as resistance, which changes with temperature. These devices vary widely in terms of cost, initial accuracy, long-term stability, and range. For most applications in monitoring cold temperatures (8 °C to -80 °C), a device equipped with an RTD or a thermistor would be selected. For very cold applications, such as liquid nitrogen cryogenic applications, generally a thermocouple is used due to the extreme cold (as low as -196 °C), though an RTD can be used at these temperatures as well.

The measurements from these electronic sensors are typically measured by a device like a chart recorder or a data logger. Chart recorders, due to the labor requirements of changing charts and real possibility of mechanical failure, seem to be disappearing from the field.  The modern method is to collect the data from the electronic sensor and store it in a data logger for later collection and download. The data logger is generally considered to be superior because there is a very low risk of data loss. The downside of the data logger is downloading the data, but an automated system can automatically download over a network connection.

PharmTech: What are some of the best practices for placing sensors in a temperature-controlled chamber?

Daniel (Vaisala): Before you can monitor a space, you need to map it to demonstrate that the space is suitable for controlled storage.  You can also use the mapping data to inform the placement of your monitoring sensors. For mapping, sensor placement best practices are well detailed in the new ISPE guide.   ISPE recommends that a sensor should be placed in each corner of the chamber and one in the geometric center, for a total of nine sensors. This practice is good enough for any chamber less than two cubic meters in volume-basically anything smaller than a large free-standing refrigerator or freezer. If the chamber is larger (up to 20 m3), an additional six sensors should be added, one at the center of each wall of the chamber (including the ceiling and floor).

If the space is even larger, such as a large cold-room or warehouse space, sensors should be distributed in three planes in three dimensions, at a density that it suitable for the space.  Another way to say this is to place sensors in vertical ‘stacks of three’-one at the lowest storage shelf, one at the highest shelf, and one in between-and distribute these stacks of three evenly throughout the space to be monitored. I suggest a starting density as follows: for cold-rooms, the maximum lateral distance between sensors should be no more than five meters; for warehouses this distance may be increased to 15 meters.

These best practices are a conservative starting point and a theoretical model of sensor placement that must then be modified to account for the realities of the space, such as doors, windows, and heat sources in the environment.

Vaisala’s new VaiNet enabled sensors use a wireless technology that has five-times better range than Wi-Fi. The sensors communicate on radio frequencies and are battery powered, which means we will be able to do real-time mapping of large spaces with no wires involved.

Once mapping is completed, select a location for the monitoring sensor(s).  The best practices around sensor placement are varied. Technically, most guidance will tell you to place monitoring sensor(s) in a way that takes into account the performance of the chamber, as documented in the mapping process which previously identified hot and cold trouble spots.  As a result, this is misinterpreted as requirement to monitor the hot and cold spots.

Placing of the monitoring sensors is a risk-based decision, into which hot and cold spots are simply one element to be considered.  The ISPE guide highlights the factors that should be considered, such as protecting the sensors from damage.  In almost all situations I have seen personally, the placement of monitor sensors follows some simple and pragmatic rules.  Chambers smaller 2 m3 than usually have a single sensor placed on the wall out of the way of normal use, but close enough to the door to detect an open door condition.  Larger spaces often get multiple sensors, spaced evenly across the space at a low density, and there often are significant distances between sensors.

PharmTech: What are some best practices for maintenance?

Daniel (Vaisala): Sensor maintenance is quite simple.  For Vaisala devices, we recommend an annual calibration against a National Institute of Standards and Technology (NIST)-traceable standard to determine that the sensor accuracy is within expected tolerance. If the sensor has drifted a small amount but is still in tolerance, it may be adjusted for better accuracy and then returned to service. If the sensor has drifted a large amount and is found to be out of tolerance, an out-of-specification (OOS) report (or other deviation report) would need to be filed and an investigation performed to determine if the sensor measurements could have compromised product quality in any way. It is best to prevent an OOS occurrence by selecting a reliable and resilient device from a reputable manufacturer, mounting the device in a protected location, and performing calibrations within the manufacturer-recommended interval.  For instance, with our line of DL Data Loggers, we find that of all the loggers sent in for annual calibration, 97% of them are within tolerance.

Another way to ensure the health of your instruments is to do spot field checks against a hand-held reference. This practice isn’t a calibration, but it can provide confidence that an instrument is performing properly between the calibrations.

An automated data-collection system will usually store records electronically and, therefore, has some preventive maintenance requirements, such as periodic review of the audit trail and of the user accounts. 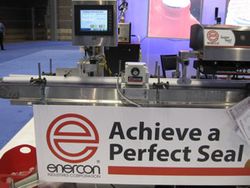