The European Commission (EC) has set out EU-wide rules on what information pharma companies can supply to the public about their prescription-only medicines. Although the current ban on direct-to-consumer advertising will be maintained, companies will be obliged to publish certain unbiased, nonpromotional information such as labelling details and the information in the packaging leaflet. This information will only be allowed to be disseminated through limited channels of communication; for instance, on officially registered websites and in printed information that will only be made available when specifically requested by the patient. Information will not allowed to be communicated in general print media, radio or television. In addition, the information supplied will have to fulfil certain quality criteria and be verified by competent authorities.

The EC first proposed supplying information about prescription-only medicines to the public in 2008 as part of its Pharmaceutical Package, which comprised three legislative proposals. According to the EC, patients are taking an increased interest in learning more about their medicines, but with so much information available — particularly on the internet — it can be difficult for patients to tell what information is relevant and reliable. In Europe, it can also be problematic for patients to find information in their own language.

The initial proposal, however, was criticised by some industry stakeholders who believed that it could undermine the ban on advertising prescription medicines. The European Public Health Alliance (EPHA), for instance, explained in a press statement that the proposal was a "disguised way of giving pharmaceutical companies enough flexibility to promote their products directly to the public in order to boost the sector's growth". The proposal was revised during a vote of MEPs in the European Parliament's Health Committee in 2010. Among other things, a provision to allow companies to publish information about their prescription-only products in general print media such as newspapers and magazines was removed.

"The revised proposals put rights, interests and safety of patients first," said John Dalli, European commissioner for health and consumer policy, in a statement. "They oblige industry to provide certain key information to patients and set clear rules for additional, voluntary information on prescription medicines. In addition, they further strengthen the control of authorised medicines."

The new proposal explains that the information supplied will have to be unbiased, meet the needs and expectations of patients, be evidence-based, factually correct and not misleading. The information will also need to be understandable and up to date, with national authorities being responsible for monitoring compliance. The proposal has been welcomed by numerous industry stakeholders, including the EPHA, although the association also added that it will remain cautious for the time being. One concern of the EPHA is the role of the internet and it has suggested that medicines information should be accessed through a portal or database with a single point of entry in order to avoid confusion. "The role of the internet should be limited to providing access to the Patient Information Leaflet and medicines' safety information from a single portal: providing it on pharmaceutical company websites would be misleading, confusing and inappropriate," Monika Kosinska, secretarygeneral of the EPHA, said in a statement.

In its own statement, the European Federation of Pharmaceutical Industries and Associations (EFPIA) said that it believes the EC has taken a "constructive and overall pragmatic approach" to improving access to information on prescription-only medicines. However, EFPIA also added that "to achieve real progress for patients, it is vital that any new legislation provides a viable legal framework. It should not require added and unnecessary bureaucracy; instead it should build on existing best practices within the EU." In addition, EFPIA also believes that a Europe-wide code of practice that outlines quality assessment procedures, ex-post monitoring systems and enforcement procedures could be beneficial.

The proposals will now be debated once more by both the European Parliament and the Council of Ministers.

The EMA released two concept papers for a 3month public consultation that address the need to revise existing guidelines on biosimilar medicines and influenza vaccines. Feedback can be submitted until 31 December 2011.

AstraZeneca is investing $200 million in a new manufacturing facility in China for intravenous and solid medicines. The facility will be located in Taizhou, with construction due to finish at the end of 2013, and will help the company to expand its medicines availability in urban and rural communities.

GSK has formed a long-term partnership with the UK-based McLaren Group, which is best known for its expertise in the Formula 1 motor sport. McLaren will share its capabilities in engineering, technology, analytics and strategy modelling to help improve GSK's manufacturing, R&D and consumer-healthcare areas.

The FDA is considering whether to enhance its inspections database by adding specific search criteria that would both enhance data analysis and make the system more user friendly. The idea was included in a list of eight draft proposals for increasing transparency that the agency published in October. 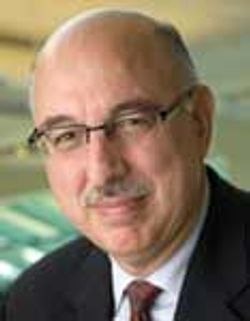 Focus on Standardisation, Quality by Design and Regulatory GMP 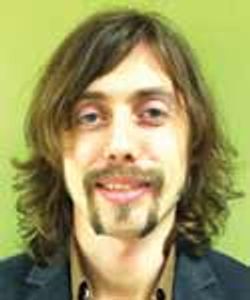