The dynamics of the R&D pipeline could undercut recent CRO and CMO successes.

Contract research organizations (CROs) had a very good year in 2007, but the same can't be said for their clients. While contractor revenues and profits were growing at double-digit rates, sales at major pharmaceutical companies were getting whacked by generic competition, price pressures from insurers, and growing safety concerns surrounding some long-marketed drugs. Restructuring became the principal task at hand for senior executives at many of the 15 largest pharmaceutical companies as thousands of professionals lost their jobs.

Developments surrounding the research and development (R&D) pipeline should be of particular concern for CROs and contract management organizations (CMOs). During the last six months, some very high-profile, late-phase candidates have run into adverse event problems, often just months before they were due to be filed with the US Food and Drug Administration. For instance, Novartis (Basel, Switzerland) has been forced to reconsider filing its diabetes drug, Galvus, in the United States due to concerns about its safety profile, and Eli Lilly (Indianapolis, IN) ran into problems in Phase III testing of its cardiovascular drug, prasugrel. Merck (Whitehouse Station, NJ) was forced to terminate Phase II trials of a highly touted HIV/AIDs vaccine. All were considered highly promising blockbuster candidates.

The late-stage failures are symptomatic of the problems major pharmaceutical companies are having in introducing new molecular entities (NMEs), despite efforts to make their R&D operations more effective and despite billions spent on in-licensing deals and acquisitions. In fact, 2007 is shaping up to be the worst year yet in the continuing decline of NME filings, and the raft of late-phase problems isn't helping.

The situations involving prasugrel, Galvus, and torcetrapib, the good cholesterol-raising drug that Pfizer (New York) terminated last year, point to a vexing problem for drug companies: the high therapeutic potency of many new candidates is being accompanied by greater risk of adverse events. The full potential for such effects apparently was not realized in early safety and efficacy studies, so the drugs were allowed to proceed to large-scale trials where the problems emerged. Furthermore, in the post-Vioxx era, FDA and other regulatory bodies are hesitant to approve drugs with increased risk profiles, despite their higher therapeutic value, when proven safe alternatives are already on the market. So potential big winners are being stopped in their tracks.

While the number of these problem candidates is small, their impact is magnified through the R&D pipeline because there are so many "me-too" candidates in development. Take Merck's HIV/AIDs vaccine: it was considered the most promising of some 50 HIV/AIDs vaccine candidates in the pipeline, including more than 10 in late development. While different vaccines have different modes of action, the failure of an experienced vaccine developer such as Merck raises overall concern about the cost and viability of developing such a vaccine.

If compounds continue to not make it through the pipeline, companies may stop spending so much money to acquire them. Competition to replenish pipelines and technology toolboxes has driven up the cost of acquiring new compounds dramatically. According to market intelligence provider Recap, the average value of an out-licensing deal by small bio/pharmaceutical companies has tripled in the last three years, and the cost of in-licensing preclinical compounds—the riskiest deals of all—has doubled. Those rapidly rising deal values have driven record flows of venture capital to biopharmaceutical companies in recent years, averaging $1 billion per quarter in the US alone.

The flow of venture capital has, in turn, fed the demand for contract R&D services, as most of the early-stage companies the venture capitalists are supporting follow a virtual or nearly-virtual company model. This situation has especially benefited providers of early-development activities.

The risk to the CRO industry comes from the following scenario: major pharmaceutical companies determine that failure rates for most in-licensed or acquired compounds are too high, and decide not to pay so much for them. The decline in licensing valuations lowers the expected return on biopharmaceutical investments for venture capitalists, who decide to make fewer or smaller investments. As the flow of funds from venture capital and Big Pharma dries up, demand for contract R&D services will drop dramatically.

Without getting unduly pessimistic, it is clearly a time for caution for most CROs and CMOs. The success of recent years and their current capacity constraints have many service providers considering significant capacity expansion programs. This is beginning to mirror what happened in the pharmaceutical chemical industry at the end of the last decade, when the fine-chemical companies went on a capital investment and acquisition spree just as the pipeline opportunity was peaking. By the time the new capacity came on-line, most major pharmaceutical companies were pulling projects back in-house to absorb the capacity freed up by some major pipeline failures.

One major difference between today and 2000 is that there has been a fundamental shift in the Big Pharma business model. Outsourcing is emerging as a CEO-driven priority as companies seek to reduce their overhead and make costs more flexible. Given that the top 15 companies account for more than 50% of the industry's R&D spending, the volume of work that comes out of these new outsourcing efforts could dwarf what is lost if virtual company business dries up. 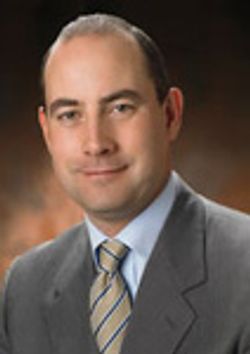