A simpler, cost-effective method for the preparation of fluorolactams may be suitable for scale-up.

The incorporation of fluorine into APIs continues to be a key approach to improving important properties of candidate drug substances. While there are numerous methods for introducing trifluoromethyl groups, effective routes for selectively incorporating a single fluorine atom at a chiral center remain limited. Expensive, specialized fluorinating reagents and/or precious metal catalysts are often required to achieve the latter transformations. Researchers at GlaxoSmithKline (GSK) reported a simpler, cost-effective method for the preparation of fluorolactams via copper-catalyzed selective, direct fluorination using fluorine (F2) gas. This article summarizes the GSK research efforts (1).

Although incorporation of fluorine atoms into APIs is known to increase their lipophilicity and impart other beneficial pharmacokinetic properties, there remain few commercial drugs with single fluorine atoms introduced at chiral quaternary carbons due to the difficulty in achieving this chemistry at scale. Numerous methods have been introduced in recent years for the enantioselective synthesis of these types of compounds, but most suffer from high cost.

Specialized reagents based on Selectfluor (chloromethyl-4-fluoro-1,4-diazoniabicyclo[2.2.2]octane bis(tetrafluoroborate), transition-metal catalyzed reactions, and routes mediated by organocatalysts have all been reported. Unfortunately, all of these methods rely on reagents and/or ligands that often require multiple steps to synthesize and are typically too expensive to allow their use at commercial scale. In addition, most of these processes result in the production of large volumes of waste, which further reduces their practicality for large-scale manufacturing.

As part of its environmental strategy, GSK aims to make its operations carbon neutral by 2050 (2). The company uses methods based on both qualitative and quantitative criteria to evaluate the atom economy and level of waste generation for proposed synthetic strategies. The obtained process mass intensity (PMI) values for different routes are compared to identify the most effective synthetic strategy.

Recently GSK researchers needed to scale up a process for the synthesis of chiral fluorolactam building blocks (enantiopure 2-fluoro-1,3-amidoesters) for the preparation of a series of spleen tyrosine kinase inhibitors as pre-clinical candidates. Three possible existing methods were considered: enantioselective fluorination of malonate esters using N-fluorobenzenesulfonimide (NFSI) and a Zn(OAc)2/DBFOX-Ph (4,6-dibenzofurandiyl-2,2’-bis(4-phenyloxazoline)) catalyst followed by formation of the amide, chiral alkylation of fluoromalonate derivatives followed by formation of the amide, or palladium-catalyzed fluorination using NFSI.

Initially, the palladium-catalyzed route was selected for production of 100 g of the first chiral fluorolactam. The researchers found, however, that preparation of the catalyst involved a complex, multistep synthesis with low selectivity at large scale, leading to the need for extensive purification. A green metric analysis of the route identified issues with the enantioselective fluorination step due to the fact that NFSI is prepared using fluorine gas and the loss of material resulting from the low selectivity during catalyst preparation.

As a second attempt, the GSK researchers considered the use of a fluoromalonate derivative. In this approach, a fluoromalonate ester would be converted to the desired fluorolactams via simple chemical transformations, which would then be subjected to enzyme-catalyzed resolution.

The desired fluoromalonate was prepared via direct fluorination of the corresponding dimethyl malonate ester using fluorine gas. The reaction was catalyzed by copper nitrate and performed in acetonitrile, affording the desired product in high yield, even at the 50-g scale. Notably, the mass intensity was quite low.

Ultimately after screening numerous enzymes, the GSK researchers found an effective method for the hydrolase-promoted amidation of the reduced salt to the fluorolactam in phosphate buffer with high enantioselectivity. The inexpensive enzyme CAL-B 10 000, a recombinant Candida Antartica Lipase B that is commercially available in multi-kilogram and tonne quantities, was selected. The enzyme was shown to be quantitatively recoverable and reusable three times without loss of activity.

The researchers then further optimized each step in the conversion of the fluoromalonate ester to the reduced salt. The resulting three-step synthesis of the fluorolactam was found to have a PMI of 201, which was more than four times lower than that of the initial route based on palladium-catalyzed fluorination using NFSI (925).

The optimized alternative route based on direct fluorination using fluorine gas was found to be highly competitive from a PMI perspective compared to the approach based on methods previously reported in the literature. A large percentage of the PMI value for the optimized synthesis is due to the final resolution step, which leads to loss of 50% of the product (as is the case in all resolutions).

Despite this loss, the cost of the fluorination-amidase process was also found to be significantly lower than that for syntheses based on specialized (and expensive) electrophilic fluorinating agents prepared from fluorine gas and palladium catalysis. The researchers attributed this result to the facile recycling of the enzyme catalyst and solvents and the use of an inexpensive copper catalyst for the fluorination step. They also noted that the low cost and straightforward synthesis make this strategy suitable for scale up. 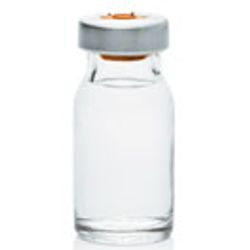 Looking for a Root Cause of Parenteral Contaminants 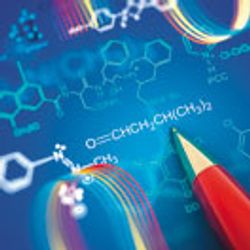